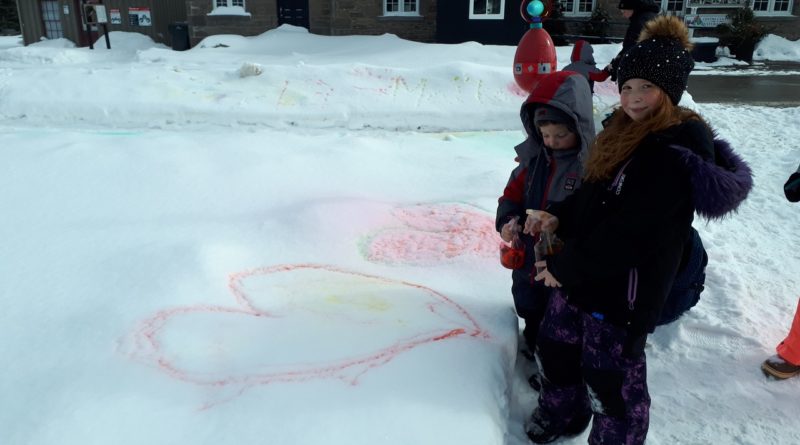 The snow did not stay white outside Maison de l’île in Hawkesbury on the afternoon of Sunday, February 14.  Le Chenail Cultural Centre hosted a Painting on Snow event where attendees could get creative with a spray bottle of water mixed with food colouring and create their own pictures on the snow.

She was pleased that the event could be held in a way that allowed people to participate but keep two metres away from each other.