Railroad work took Lucien St-Jean all over, but home was always Vankleek Hill 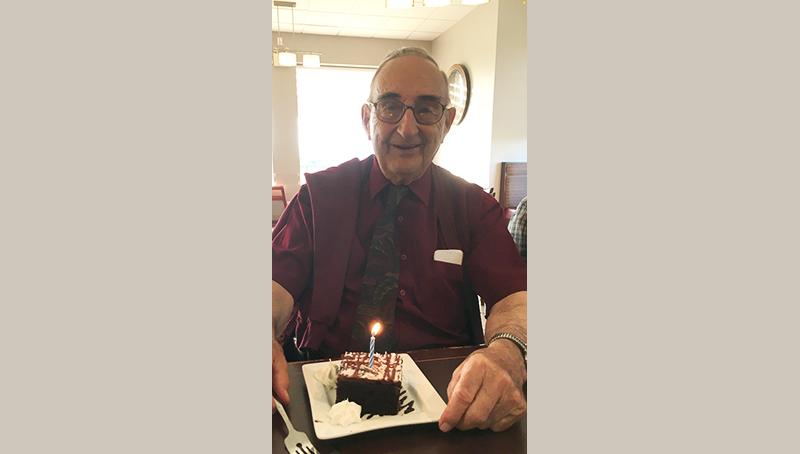 Imagine working on the railroad when steam locomotives still chugged and roared across the countryside. Lucien St-Jean of Vankleek Hill doesn’t have to imagine it. He was there.

Now nearly 91, he joined the Canadian Pacific Railway (CP) when he was just 17.  At the time, one had to be 18 to start working for the railway.  His father, Alphonse St-Jean, also worked for Canadian Pacific.  St-Jean recalls being told to keep quiet about his age during his first months on the job.  He started out as a cook aboard the work trains that travel the rails, carrying crews that repair tracks, buildings, and signals.  St-Jean worked on what is called the Smith’s Falls Subdivision, which goes from Smith’s Falls, down to Brockville, to Ottawa, and east to Vaudreuil.

After cooking for crews, St-Jean went to work in CP’s Bridge and Building department, which was responsible for maintaining bridges, sheds, stations, and car houses along the tracks.  St-Jean remembers the dirty job of working around coal chutes.  Coal was used to create the steam that made the old locomotives move.

In 1950, St-Jean married his wife, Marie-Paule (née Chagnon).  Together, they raised seven children, three daughters, and four sons.  The St-Jean’s formerly lived on Boyd Street in Vankleek Hill.  St-Jean said he regrets that his job took him away from home so much.  Marie-Paule currently lives at The Palace in Alexandria.

After retiring from a 40-year career at CP, Lucien St-Jean worked as a groundskeeper for Clifford Lapensée in L’Orignal, a handyman at The Review when it was still owned by Jean-Paul Boyer, and pumping gas at Herb’s Travel Plaza back when full-service was still common at gas stations.

“My Dad told me that if you stop, you’re going to rust,” said St-Jean about work and life.

St-Jean was a member of the Vankleek Hill Optimist Club for several years and also served as the club’s president.

These days, St-Jean lives in Vankleek Hill.  His family checks on him regularly and makes sure he is alright.  He said that because of pandemic restrictions, he really misses being able to easily go and visit his wife in Alexandria, but he is pleased that he recently received a COVID-19 vaccination.