Shades of Hollywood North in Alexandria 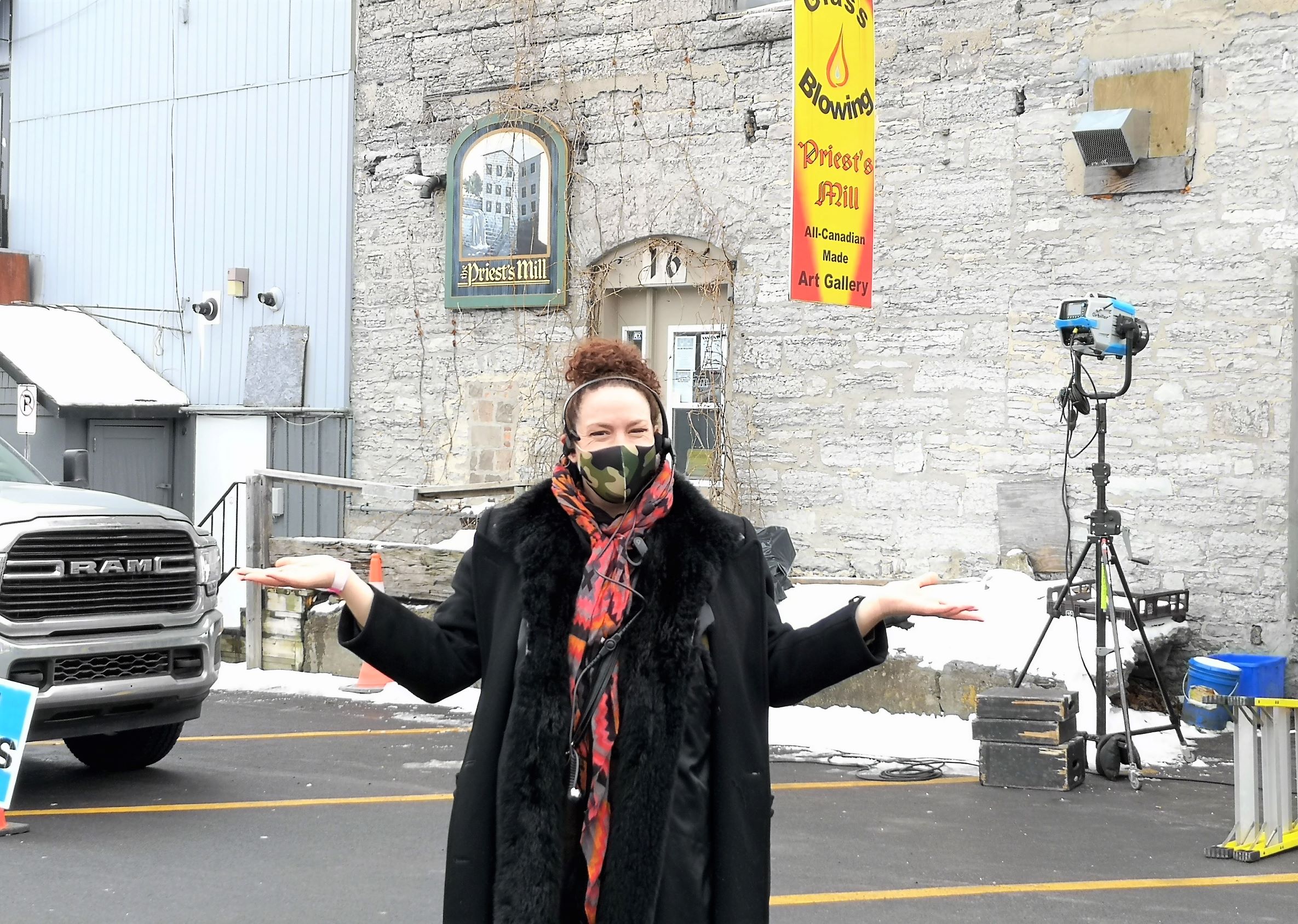 Although the set was closed to outsiders, Riverside Pictures Location Manager DeeDee Butters took some time from shooting at the Priest’s Mill Arts Centre in Alexandria on Monday to speak with the local media. Photo by Reid Masson

Residents of Alexandria may be starting to wonder if the area is about to become Eastern Ontario’s version of Hollywood North.

The Priest’s Mill Arts Centre in downtown Alexandria was visited by a crew from Ottawa’s Fireside Pictures Film Production on Monday, to film scenes for a Harlequin-style romance movie. The film ‘Ice Hotel Holiday 2’ is a romantic comedy, and the Arts Centre was used to film a glass-blowing scene. The Priest’s Mill had been scouted out along with several other sites before ultimately being chosen.

“We only go places that meet our hopes and dreams,” laughed DeeDee Butters, Location Manager for the shooting, of whether she was pleased with the site for the day’s scenes. “When we have a movie come across our desk, the script asks for certain plot points to be shown and we have to find a specific style of phone, or sometimes we need a waterfall, or a bridge, or maybe a studio.”

“We look at all the possibilities (scene locations) and then the director lets us know where they want to go – and they wanted to go here.”

In addition to filming at the Priest’s Mill, Fireside Pictures also rented the Sandfield Centre at Island Park in Alexandria as a central location for the cast, crew and makeup artists.

The crew was in Alexandria for just the one day. They were scheduled to do a few days of rural filming in the area before heading to the famed Hôtel de Glace in Valcartier, Quebec, where the principal shooting of the film takes place.

‘Ice Hotel Holiday 2’ is the second film in less than a year to be shot in the Alexandria area. ‘Christmas at Maple Creek’, which premiered over the Christmas holidays on the CTV Drama Channel, was filmed last summer at the Glengarry Pioneer Museum in Dunvegan. While the Pioneer Museum film was a Christmas movie set in the south with no snow, the current film production is most definitely a snowbound movie, but not specifically a Christmas film.

“It’s a winter time movie – it’s not a Christmas movie in particular, but it is a winter movie,” Butters said, of scenes the crew hopes to capture before heading off to the ice hotel. “We’re looking to film things like fields and snow and farms – things like that.”

Not everyone in town was on board with the film’s production in the village on this day. Several cars honked their horns and verbally told crew members they should not be there during the current COVID-19 lockdown. Public sentiment is just one of a number of obstacles to making a movie during the COVID-19 pandemic, said Assistant Location Manager Brendan McLoughlan.

“Right now we’re the only (film) company in our region that is operating,” McLoughlan noted, adding the company has received approval for the shoot and is following a number of safety protocols, including masks, distancing and temperature checks. The set at the Priest’s Mill was closed to outsiders, and paramedics were on site during filming to ensure all safety standards for COVID-19 were followed properly.

The film production and rental of the building is a boon for the site said Natasha Walton, Business Development Intern with the Priest’s Mill Arts Centre. The film’s producers contacted the Arts Centre just over a year ago about shooting on the location.

“They approached us asking us to make a custom piece for their movie,” recalled Walton. “They then decided that they also wanted to film at the Glass Works. We’re really quite excited about it.” 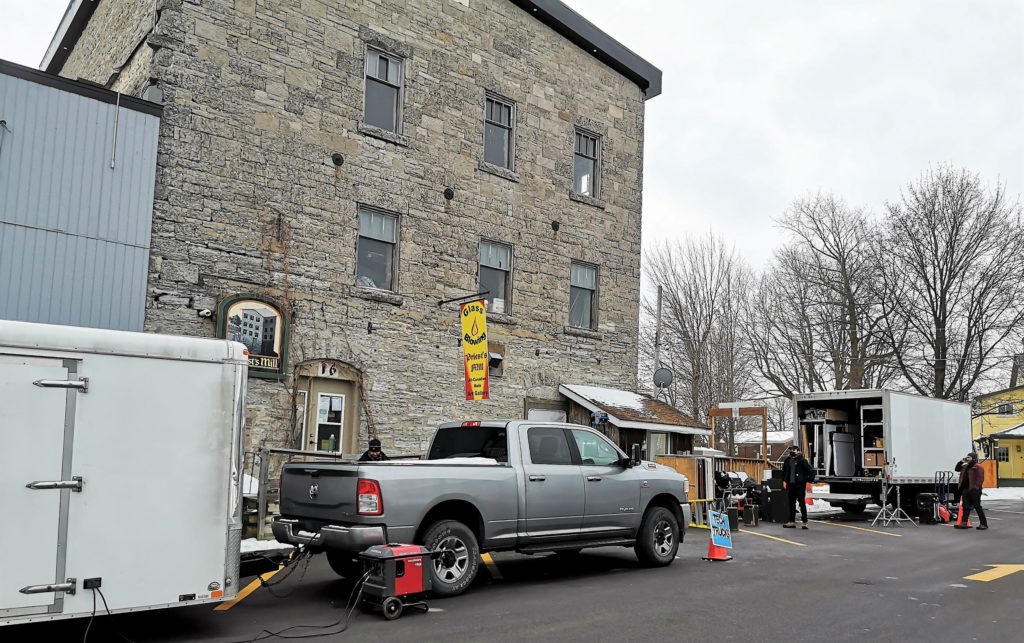 A film crew from Ottawa’s Fireside Pictures was at the Priest’s Mill Arts Centre in Alexandria on Monday, January 11, to film scenes for the movie ‘Ice Hotel Holiday 2’. Photo by Reid Masson