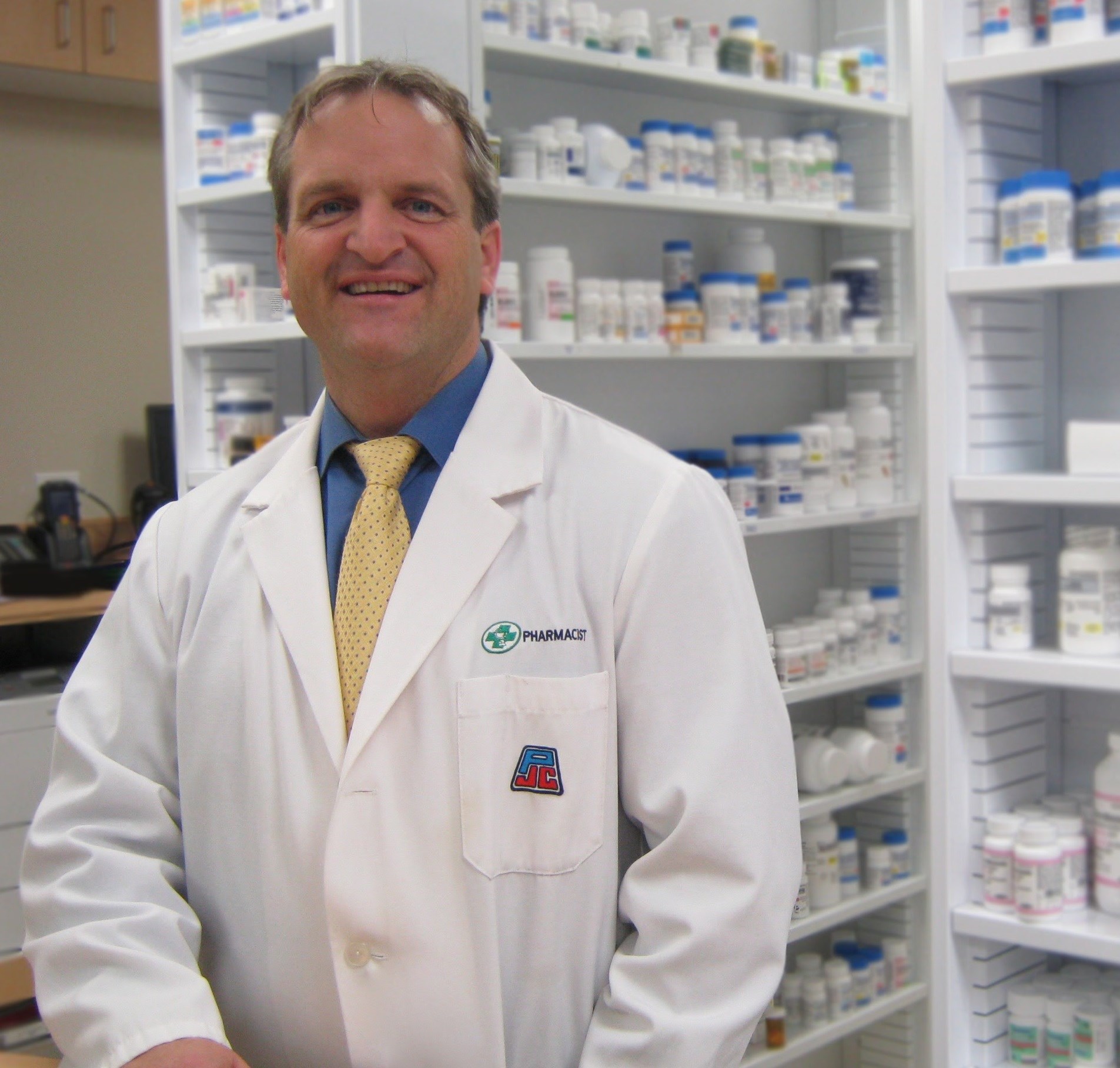 Hawkesbury pharmacist Mark Brady has received accolades for a paper he wrote last fall on a drug which has shown promise in treating symptoms of COVID-19.

A Hawkesbury pharmacist is receiving praise for a paper he has written on a drug, which in early trials has shown promise in treating symptoms caused by COVID-19.

Mark Brady, who works as a pharmacist at Jean Coutu in Hawkesbury, has been researching the prescription drug VASCEPA for the past seven years. When a research trial on the drug’s effectiveness for COVID-19 was announced last year, Brady wrote a paper about why he believed the drug would be successful in treating the disease.

Originally written just for family and friends, Brady’s paper – which can be read here – quickly struck a chord. Within a few hours of posting his paper in an online blog, the Hawkesbury pharmacist had received hundreds of emails suggesting he share his information.

“I wrote the paper to explain to my family and friends why I think they should be on VASCEPA just for the COVID part,” recalls Brady, who had heard about a study on the drug funded by its parent company Amarin and being conducted by The Canadian Medical and Surgical Knowledge Translation Research Group, under the direction of Dr. Deepak Bhatt. “I sent (Dr. Bhatt) a copy of my paper and I said I just want to show you that I figured out why your trial is going to be a success before you tell the world.”

Bhatt, of the Brigham and Women’s Hospital and Harvard Medical School, announced the results of the first round of trials at the National Lipid Association conference in Toronto on December 12. Although in a limited number of only 100 Canadian patients diagnosed as COVID-19 positive in the preceding three days, the initial study showed great success in reducing inflammation and symptoms, with no major side effects. Further studies of larger groups are in the process of being conducted, with the hope that VASCEPA will be ultimately be certified by Health Canada as a treatment for COVID-19.

Brady is very encouraged by the results of the initial trial having confirmed what he predicted in his paper on the drug, and is optimistic that future trials will ultimately see VASCEPA approved as a treatment for COVID-19. He has also received accolades from Dr. Bhatt and other researchers – his image even included in a photo Christmas card posted on Twitter by Dr. Bhatt last month.

“(Bhatt) is senior editor of the clinical trials division of the American College of Cardiology and to tell you that he put out a Twitter Christmas card, with 20 people whom he thanked for their friendship and collaboration – and a little old pharmacist from Chute-a-Blondeau made it on the card?” Brady says almost in disbelief. “It was one of the professional recognition highlights of my career to receive acknowledgment from a man of his stature.”

The local pharmacist first started researching VASCEPA in order to treat his own cardiovascular condition.

“About seven years ago, my doctor diagnosed me as having high triglycerides,” recalls Brady, who was reluctant to use any of the treatment drugs on the Canadian market at the time. “I saw that in the U.S. they had recently approved a new drug that was specifically for lowering very high triglycerides.”

The drug was VASCEPA and Brady like what he learned about the product. VASCEPA is an Omega-3 fatty acid, which in studies showed significantly reduced the chances of heart attack and stroke in patients. Approved in the United States in 2013 for the treatment of cardiovascular disease, the drug was approved by Health Canada in January of 2020, although it is not yet covered by provincial health care systems.

Brady has been purchasing the drug from the United States for his own use for the past two years. Prior to that he was using a non-prescription version of VASCEPA sold as a dietary supplement. He is also a staunch advocate and recommends it to local physicians and customers at the pharmacy, although without OHIP covering the drug, it can be expensive (approximately $300 per month) for those without private health insurance.

“I’m not paid by the company, I just promote this because it’s part of my job and my moral and ethical obligation to offer patients something I think can significantly improve their chances of not having a heart attack or stroke,” Brady says, noting he is hopeful OHIP will agree to pay for VASCEPA as a treatment for cardiovascular disease in the near future.