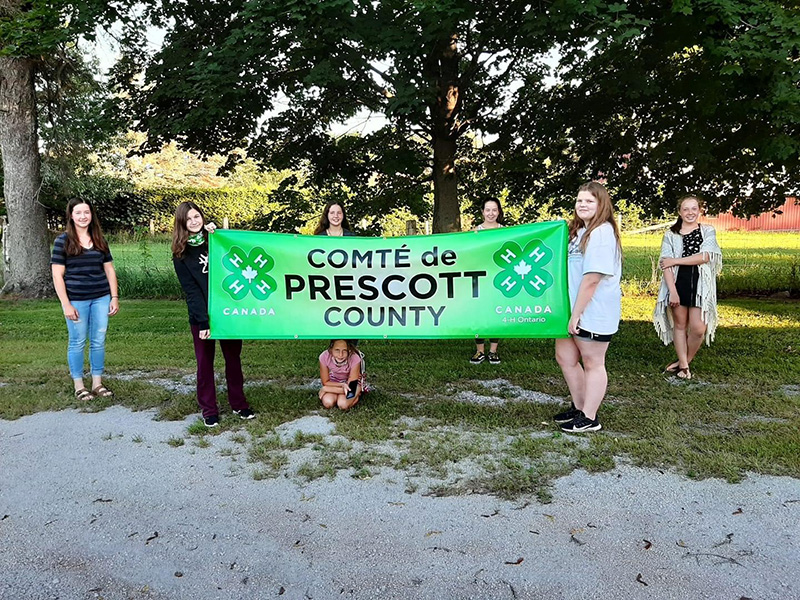 2020 began like any other year for Prescott County 4-H.  The Chicken and Egg Club began in the winter along with the Square Dancing Club.  Only two months into the year and all of the club meetings went virtual.  Many members were able to participate in province-wide clubs which has proven to be an amazing opportunity and one of the great parts of holding virtual clubs.

The Square Dancing Club held two virtual meetings before its achievement event where members were asked to complete a project ranging from a demonstration, speaking to what the club means to them, designing new outfits and more.

“My favourite achievement of the two clubs was the Chicken and Egg club because I was able to make a full dinner for my family.  I did this during the first lockdown when school wasn’t a thing, so it gave me something to look forward to doing.” – Prescott County 4-H member

Go For the Gold was able to be held outside with members social distancing.  Many members attended and they all had a great time.  This year, Prescott County moved on to the Regionals which were held virtually.

The Calf Club leaders thought long and hard about how to make this hands-on club virtual and they succeeded! Members who had a calf continued to work with their calf preparing it for showing, webinars were watched, activities completed.  For those with a calf, achievement consisted of a social distant visit by leaders where the members showed their calves as they would in a ring. Members without a calf completed a club project of their choosing and leader approval.

The year wrapped up with a province-wide Book Club that saw many members from all over Ontario including some from Prescott County.  Leaders asked guest speakers to join the meetings and speak a little about what they do.  These guest speakers included: authors, teachers, editors, illustrators and an author who self-publishes.

For more than 100 years and with many Provincial, Regional and County opportunities for members, 4-H Ontario is a great program run by many dedicated volunteers.

“LEARN TO DO BY DOING”