OPP were not sending Québec shoppers home; they were at retailer’s parking lot to remind people about health regulations 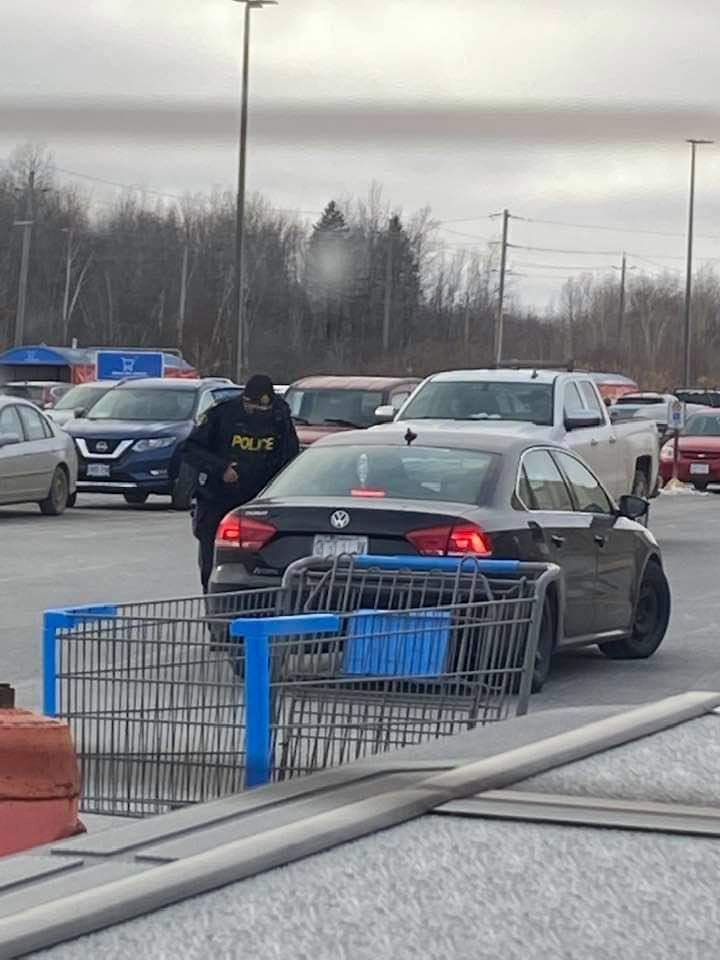 Sometimes, it’s not what you think. Contrary to comments shared on Facebook Sunday afternoon, Hawkesbury OPP were only talking to drivers of cars with Quebec licence plates to remind them to follow health regulations. No Quebec residents were sent home. The OPP visited the parking lot at Walmart as a follow-up to calls received from several citizens complaining about the number of cars with Québec licence plates in the parking lot. Facebook photo

There was a flurry of posts on social media on Sunday afternoon as shoppers caught sight of OPP officers stopping vehicles to speak to drivers. The Review received reports from shoppers that vehicles with Québec license plates were being turned away. But that was not the case. The Review contacted the Hawkesbury OPP earlier this week to confirm the reason for the police presence at the big-box retailer location last Sunday.

On Sunday, January 10, Hawkesbury OPP officers were responding to calls from concerned individuals in reference to a great presence of out-of-province vehicles at the Hawkesbury Walmart parking lot. On site, officers spent time talking to people and educating them about the health rules. This was not an enforcement matter, according to the OPP, who were primarily discussing and educating and reminding the public about the importance of following the recommendations issued by health officials in each province. The OPP reported that people were very receptive and cooperative and understood the reason for attending and encouraging them to abide by all current regulations.

The OPP strongly encourage people to abide by all current regulations and the recommendations from health officials.