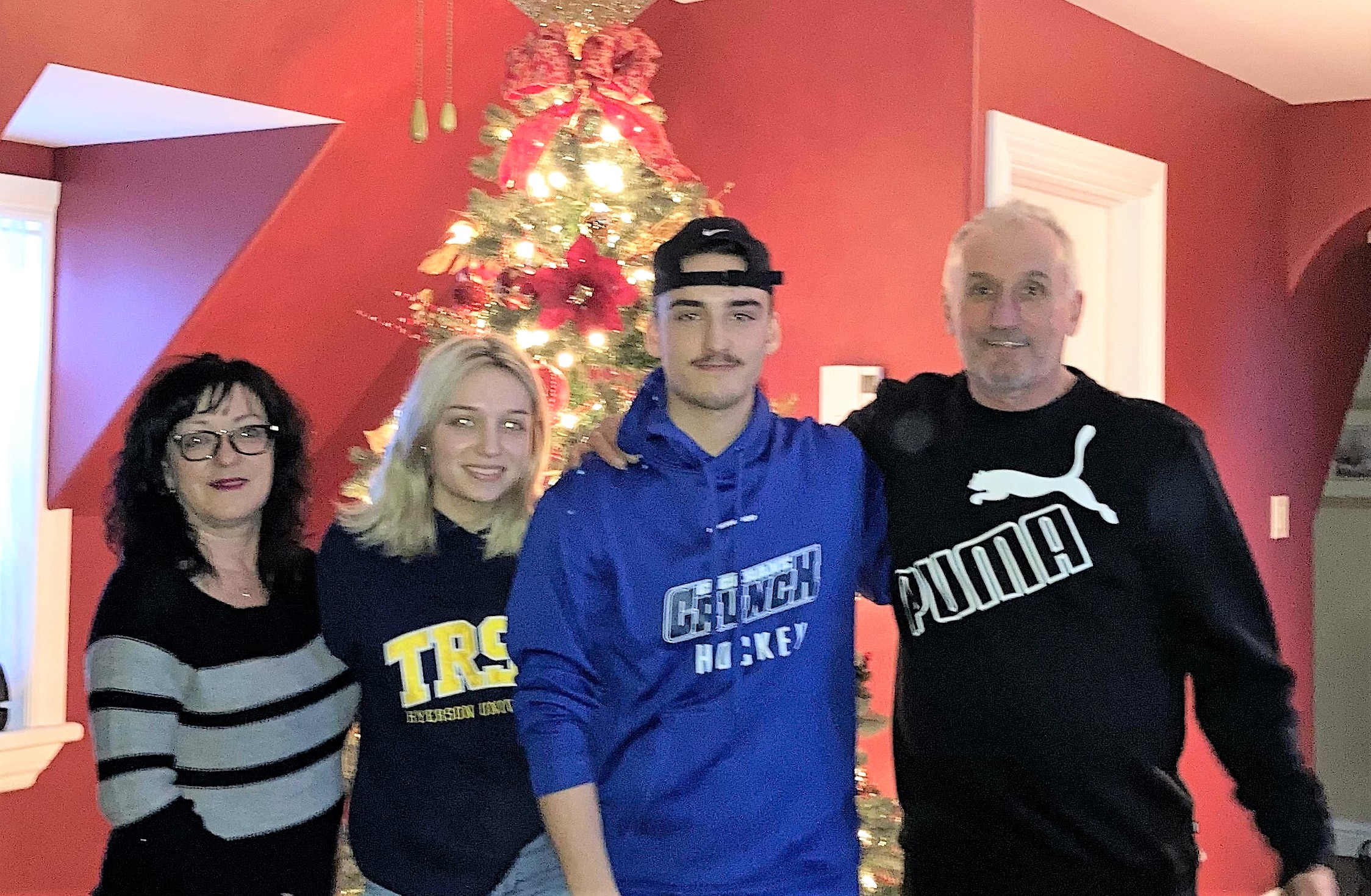 After a visit home to his family over the holidays, Vankleek Hill’s Sébastien Ouimet has headed back north, looking to build on his successful first half with the Cochrane Crunch of the Northern Ontario Junior Hockey League.

“It’s nice to see my parents, see my dog, see my sister,” said Ouimet, who has loved his time in Cochrane, which he says is very different from the small town in which he grew up. “It’s not the same thing. (Cochrane) is completely different from here – the culture and everything – but it’s very nice.”

The 17-year-old left winger has seven goals and two assists in 11 games in his first season with the Junior A Crunch. The son of Louis Ouimet and Chantal Delorme of Vankleek Hill played last season with the Hawkesbury Hawks Under-18 squad.

“I wanted to play Junior A hockey this year,” says Ouimet, of his decision to play hockey away from his hometown, noting it would have been difficult to crack the main Hawkesbury squad this season. “(The Hawks) are hosting the Fred Page Cup this year, so they’re loading up to have a good team.”

The 5′ 9” 165-lb forward headed back to Cochrane on December 30 and will play with the team through the season’s end in March. The Crunch are currently battling for a playoff spot, sitting third in the NOJHL’s East Division with a 3-6-2 record.