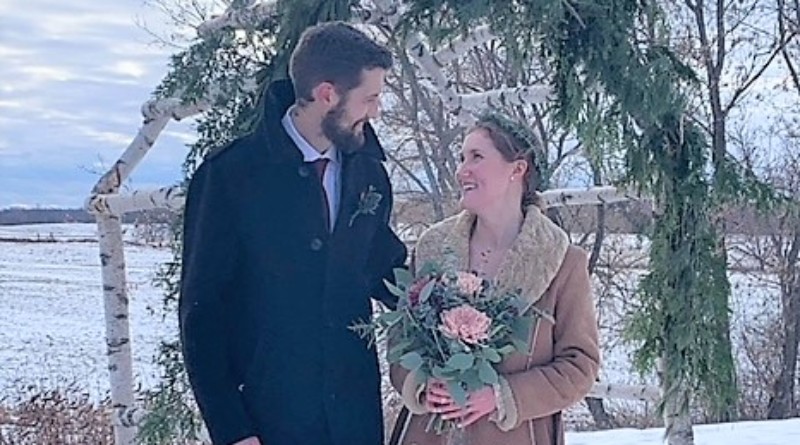 New Year’s Eve was a magical day for Maggie Winchester and her new husband Mattson Griffiths. The couple tied the knot at the Griffiths’ family property on Cassburn Road, opting for a small, socially-distanced wedding, instead of the big ceremony they had originally planned.

Maggie and Mattson’s wedding was originally scheduled for August 8, but had to be postponed due to the COVID-19 pandemic. Griffiths had proposed three years ago on New Year’s Eve, so the couple decided to move their wedding to the same date in 2020 with a reduced guest list. However as COVID-19 cases accelerated in the province in December, that list had to be reduced further to just parents and the happy couple, in order to keep the total number of people within provincial guidelines.

Maggie is the daughter of Tim Winchester and Susie Fairbrother who live in Vankleek Hill, while Mattson’s parents are Ian Griffiths and Melody Hicks. The wedding was held outdoors at the groom’s parents’ property on Cassburn Road, north of Vankleek Hill, and both Maggie and Mattson isolated with their individual families for 10 days before the ceremony.

“We did it so safe – there was no food service – and we got it all set up outside with a beautiful arbor,” said Fairbrother. “We brought Maggie over there and Mattson was waiting – it was just such a lovely day.”

The wedding was officiated by Diane Matichak and the couple’s families were separated by more than five metres of space, with fire pits set up on each side to keep them warm, and a wedding aisle outlined by pine cones. After the ceremony, the small party followed the newlyweds in a vehicle procession around the area, including through Vankleek Hill.

“We decked the car up with tin cans and ‘Just Married’ and bows and we all followed them through town and to the highway, and off they went back to their little Wakefield log cabin, where their cat was waiting for them,” said Fairbrother, who described the unusual day as “perfect”. “On the way home, cars were honking their horns at them when they saw the car.”

Maggie and Mattson’s log cabin is located at Juniper Farm in Wakefield. The couple manages the farm – which produces and sells organic vegetables and fruit. The newlyweds are spending their honeymoon at home, although they hope to have a true honeymoon in the future. 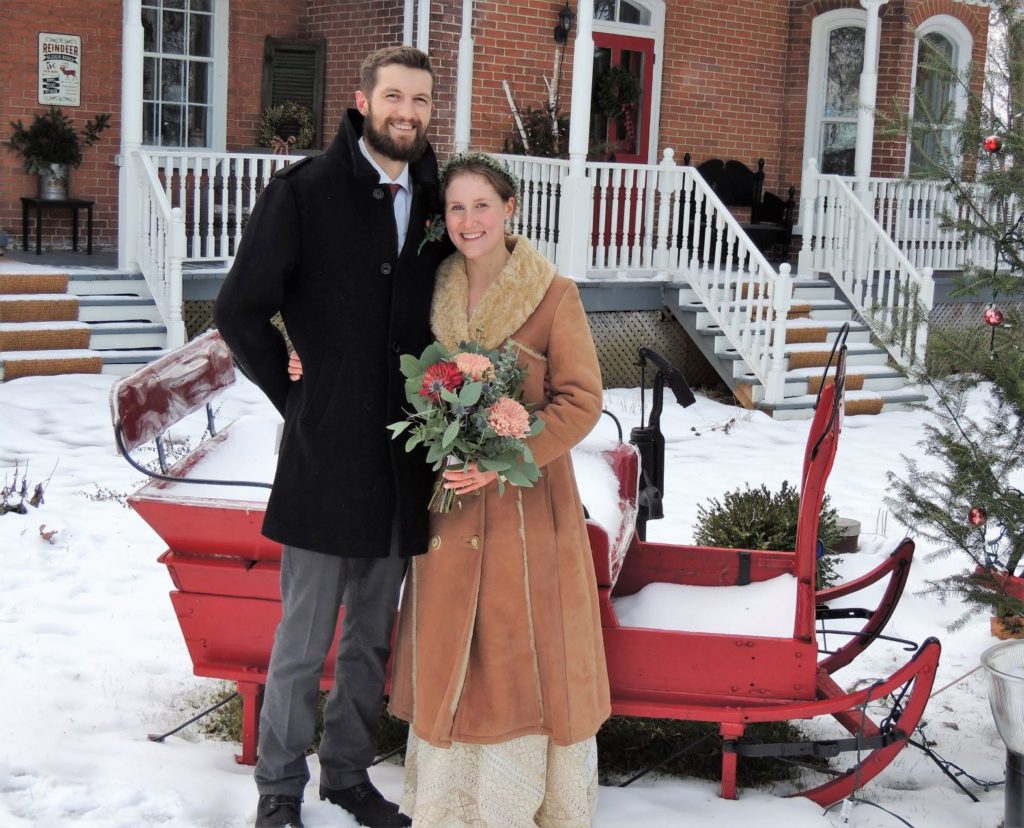