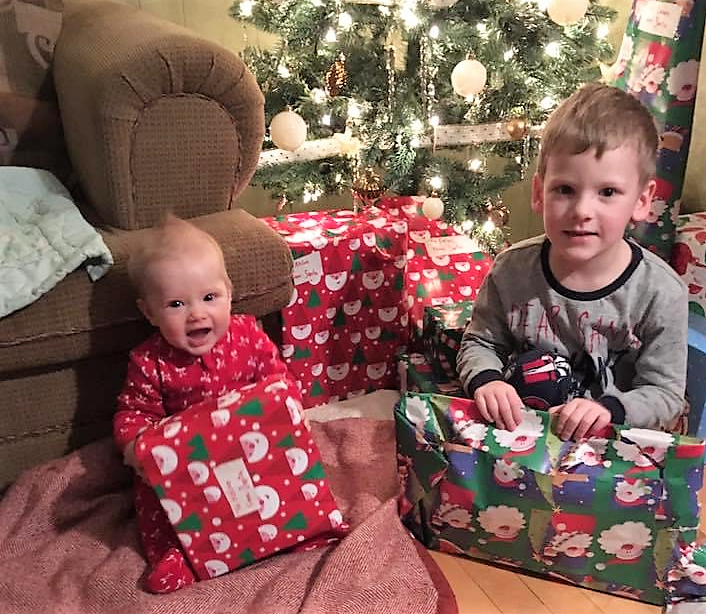 The video for the new song Gingerbread Town by Hadrian’s Wall features clips and photos of local families acting out scenes depicted in the lyrics of the song.

Gingerbread Town, written by Hadrian’s Wall lead singer Neil Emberg and performed by the band, was released on YouTube on Sunday, December 20, at 5 p.m.

The band had released the lyrics a few weeks ago and asked Vankleek Hill residents to film clips of themselves doing some of the activites depicted in the song. The response was almost overwhelming.

“It was to the point where in one section I had to line up a bunch of photos in the kick drum, because there’s such a variety of pictures I had to find a way to include them all.” says Emberg, who himself shot some footage of local businesses for the video.

Gingerbread Town describes scenes and activities in Vankleek Hill and shows the love Emberg has for the community in which he lives.

“The song is about Vankleek Hill and the things we do as family and friends,” says the songwriter. “From sliding to snowmobiles, to everything that goes on in the streets, to the bells ringing.”

As the band could not get together as they usually would for a recording, each member of Hadrian’s Wall had to record their individual parts for the song. Emberg then mixed all of the tracks together and combined them with all of the submitted clips to create the final video.

Happy Christmas to all! Raise a glass, hold it high

It’s a yearly tradition for friends far and wide

and gingerbread houses decorated with care

The snow’s falling down, all through the town.

The church bells ring in Harmony

It’s the best time of the year

to spend time with the family

and sing songs of cheer

Joyeux Noel all the Streets are aglow,

decorations and lights on the telephone poles

And the shops are all open there’s hot chocolate too

(Or go to the tavern to get some Beau’s brew)

On the eve before Christmas Children can’t wait to see

what Santa will leave them, under the tree

Skidoos on the trails, and cross country skis,

Happy Christmas to all! Raise a glass and rejoice

and gingerbread houses decorated with care

What would a song about Vankleek Hill be without  a mention of the Windsor Tavern? 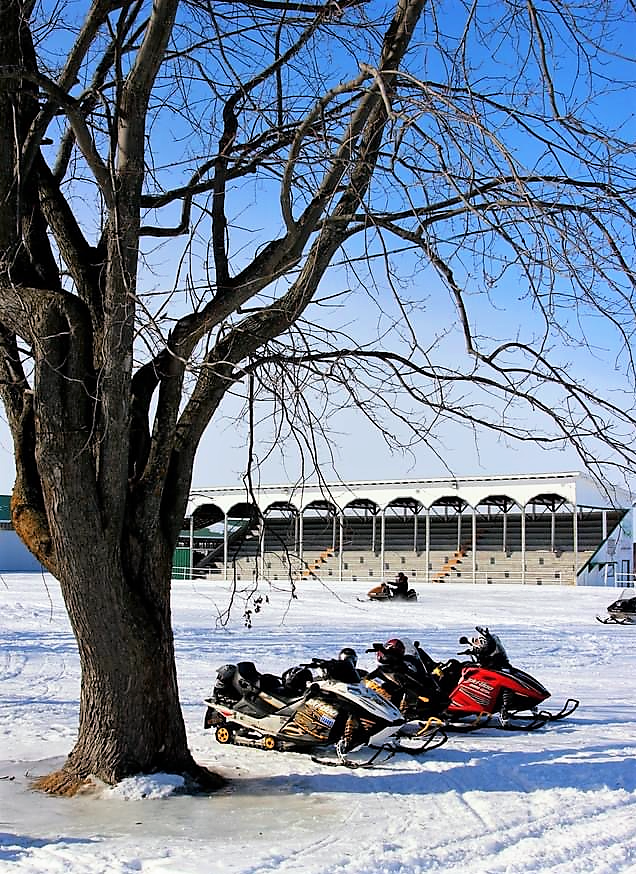 The video for the song ‘Gingerbread Town’ contains terrific videos and photos submitted by area residents, including this beautiful shot of snowmobiles at the Vankleek Hill Fairgrounds. Photo by Chris Cameron