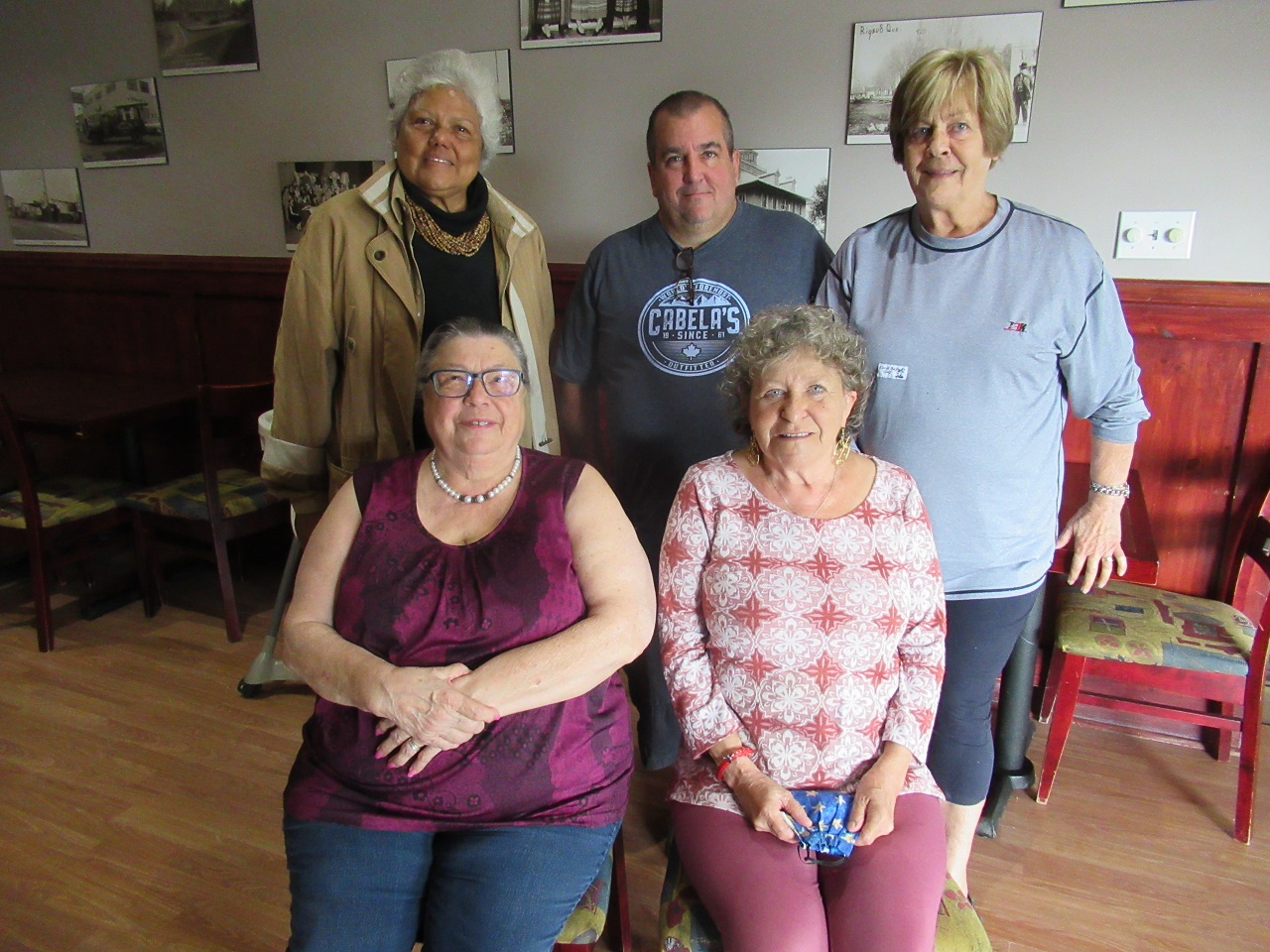 Five people have served as president of AAARC during the past 31 years. From left to right in front are Janine Sauvé and Alda Lanthier. In the back row from left to right are current AAARC President Rita Iriarte, Richard Lefebvre, and Huguette Tardif.

The artists of Rigaud need a new gallery.

The Association des Amis et Amies de la Culture de Rigaud (friends of arts and culture of Rigaud) or AAACR  had a gallery in the centre of Rigaud but had to vacate the premises.  Now, along with the COVID-19 pandemic, AAACR has put most of its public events on hold until it obtains a new gallery space.

“We just want to get back together as soon as we find a gallery,” said Pointe-Fortune artist Rita Iriarte, who became President of AAACR in August.

Iriarte said that she also wants AAACR to have a virtual gallery, but also believes that there should be a physical location to showcase and sell the work of member artists.  Additionally, she would like to provide online sales of work by AAACR members.  AAACR has approximately 100 members who live in Rigaud, nearby municipalities in the MRC Vaudreuil-Soulanges, across Québec, and Eastern Ontario.

AAARC began in 1989 because of the efforts of artist Ghislaine Van Dyck.  The former gallery, originally named La Botryche, was later named after Van Dyck.  Throughout the years, AAARC has organized or participated in events including Christmas markets, L’art sur les Galeries, and special exhibitions.  Porch galleries where artist’s work was displayed on the porches of local homes were popular.  The last event was held in 2017.

AAARC was regularly involved in Rigaud’s annual Festival des couleurs, held each autumn when the maple covered slopes of Mont-Rigaud turn red and orange.  The festival is not being held this year due to COVID-19, but Iriarte is looking forward to it returning with AAARC participation in 2021.

“Hopefully, next year we’ll be back.”

There has been more than displaying and selling local art to AAARC’s activities over the years.  Classes in painting, drawing, photography, knitting, and crocheting were offered in the past.

In addition to finding a new gallery space, fundraising, and increasing the number of members is AAARC’s other current priority.   Iriarte said that she would like to fill vacant positions on AAARC’s board and have the organization continue to operate as it has for more than 30 years.

“We have a lot of work to do,” Iriarte said.