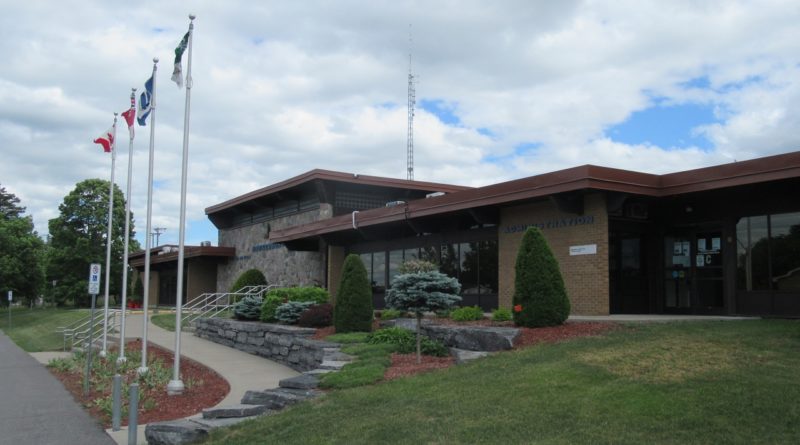 The future of the former site of École Christ-Roi in Hawkesbury was on the agenda again when Hawkesbury town council met on September 14.

In June, 9414-9812 Québec Inc. and the town entered into a tentative purchase and sale agreement for the property.  The company, owned by Sylvie Raymond, was planning to develop a 251-unit retirement living complex at the Main Street East site.  However, the company was unable to secure financing required for the project, which it had to do as a condition of the agreement with the town, and the agreement was declared null and void in July.

At the September 14 council meeting, company representatives Yan Raymond and Maxime Sévigny asked council to give them an additional six months to secure financing so the company could take ownership of the property.

Sévigny said that the National Bank of Canada had refused the financing because banks are not lending money for retirement residence developments because they are now considered a bad risk due to the COVID-19 pandemic.

“I have not seen that letter, who did you send it to?” asked Assaly.

Raymond said that the notification was sent between the lawyers representing each party.

Assaly explained that granting the six-month extension is impossible because of the legalities involved.  She added that council is planning “considerable” further discussions on the future of the land.  She told Raymond and Sévigny that if council decides to put the property on the market again, his company can make another offer to purchase and develop it.

“You’re penalizing us because of COVID!” said Sévigny.

“We can’t legally extend an agreement that has run out,” said Councillor Antonios Tsourounakis.  He also told Raymond and Sévigny that they would have to make a new presentation of their offer if the property was available and they secured proper financing.

Sévigny said he is concerned about the lost time in the process due to the financing and legal difficulties.