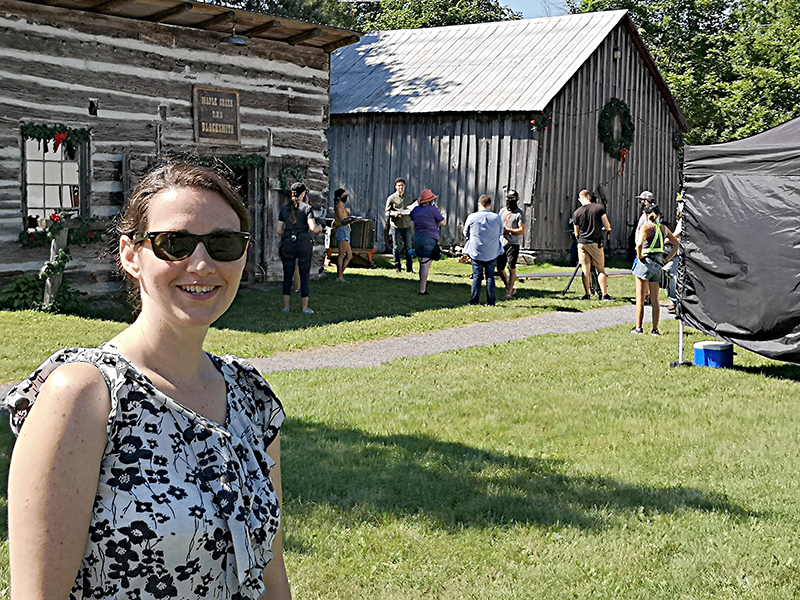 Christmas arrived early this year at the Glengarry Pioneer Museum in Dunvegan.

The museum was closed to visitors at the beginning of August, when a film crew took over the property to shoot a holiday movie, to be aired in Canada and the U.S. in December. The opportunity to rent out the historic site was a huge monetary boost for the museum, which has been forced to cancel most of its annual fundraising events this season due to COVID-19.

“It happened rather quickly,” said museum curator Jennifer Black, in an interview at the museum during the second day of filming. “About a month ago (in July) we had a phone call from a company and they wanted to come scout out the museum for a movie. Four of them showed up, including a director, and they have been coming here at least once a week ever since.”

This season has not been a normal one at the Glengarry Pioneer Museum, which was finally able to open only in July 2020. The museum obtains much of its funding from visitors and a full one-third comes from the multiple special events held at the site each year – all of which have been cancelled for 2020.

“This is a great boon for the museum, because normally we open in the spring and this year we didn’t open until July,” Black noted. “On top of that we have had to cancel all of our big events, which are also fundraisers, so we were losing a lot of money this year.

“They’ve rented the entire site and also costumes. They’ve decorated the whole museum – multiple buildings – and are transforming one building,” said Black, for the second week of filming.

The film being shot at the museum in Dunvegan is called Once Upon a Christmas and is a feel-good movie which will be aired during holiday season. Production on the picture – which is set in California – is being filmed by 1Department Entertainment Services of Ottawa, under its parent company Neshama Entertainment out of Toronto. The film stars Canadian actors Jeni Ross (Titans) and Jake Epstein (Degrassi: The Next Generation) and – contrary to what one might expect from a movie being filmed on a historical site – is set in modern times. 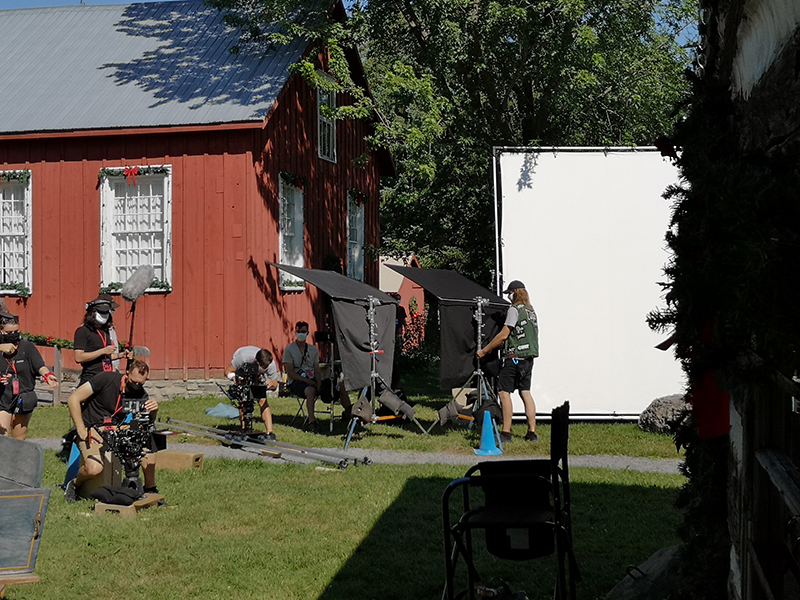 “The movie takes place at a pioneer museum, so it’s playing as what it is,” explained Production Manager Shane Boucher. “The museum is having a bit of a rough go and the main character grew up in this area. She is a successful author and writes her books based on this time period, so she uses her notoriety as an author to bring guests back to the museum and get the museum back up on its feet. It’s a feel-good Christmas movie and she just wants to get the place back up and running.”

“Obviously she falls in love – that’s standard with these movies,” Boucher chuckled. “She falls in love with the lead caretaker-slash-blacksmith of the property, who at first is very much opposed to her books.”

Boucher said the Glengarry Pioneer Museum was chosen as one of the main locations for shooting because someone with the production company was familiar with the location and it was ideal for the film.

“We are actually shooting between two places. We’re using this museum for the smaller exterior filming and interior shots and we’re using the Cumberland Museum in Ottawa for wider shots because this museum is close to the street,” Boucher explained. “We’re pairing them both, and then there’s other little shots in and around Ottawa.”

The movie is the first outing for 1Department since the COVID-19 pandemic started and the company has had to adapt to the new reality of working with masks and making social distancing a priority. The site is closed to the public and everyone must be screened and have their temperature taken before being granted access.

The Glengarry location, with its multiple historic buildings, is literally perfect for the film according to the crew. There is ample space to park the many equipment trucks and almost every structure on the site will ultimately be part of the finished movie.

“It has multiple locations that we need,” commented assistant production manager Brooklin Watson, during a brief break from shooting. “We used the schoolhouse yesterday and were able to keep an authentic feel without having to dress up the set too much – it’s almost as if we’re stepping into a real school.

“We get to use the blacksmith area and the museum, which were all things that were actually written into the script which already exist in this location, so it was just perfect for us.” 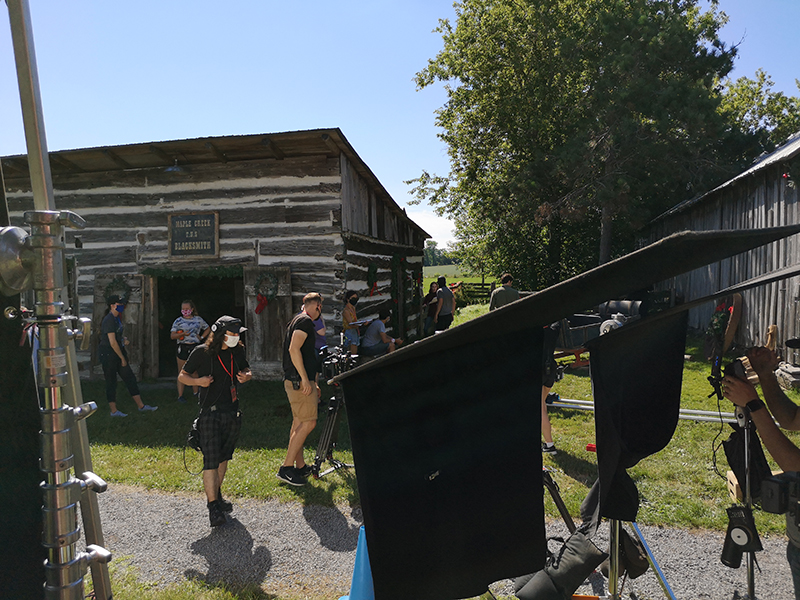 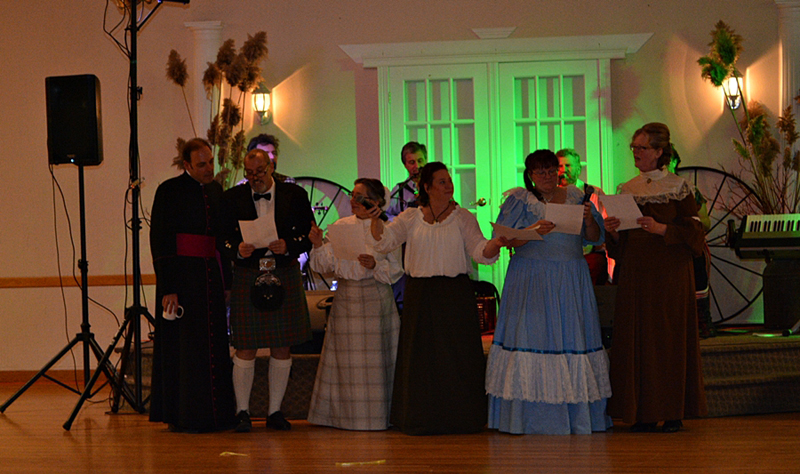 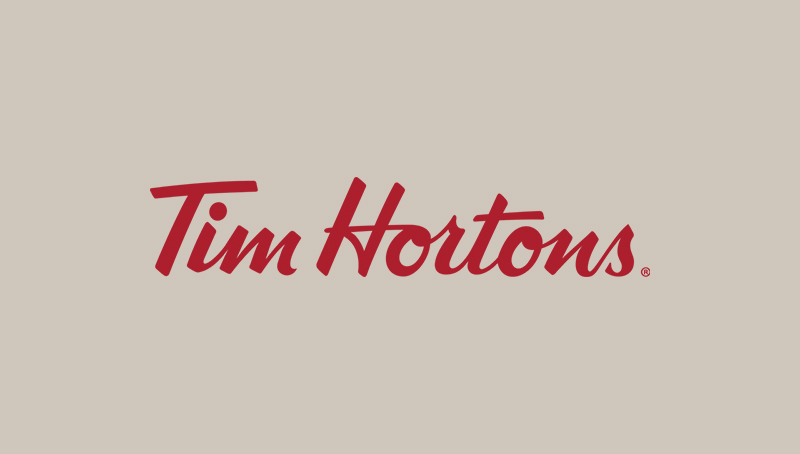 Tim Hortons developers hoping to build in spring, summer of 2020 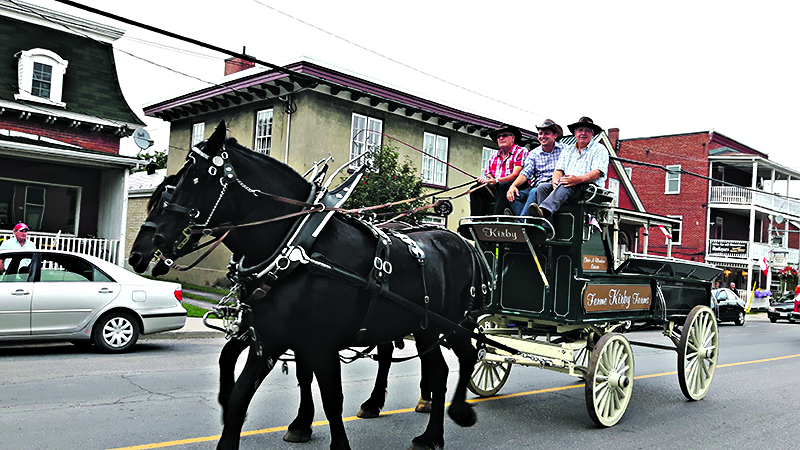