Restored Korean War-era Jeep back in place at Hawkesbury Legion 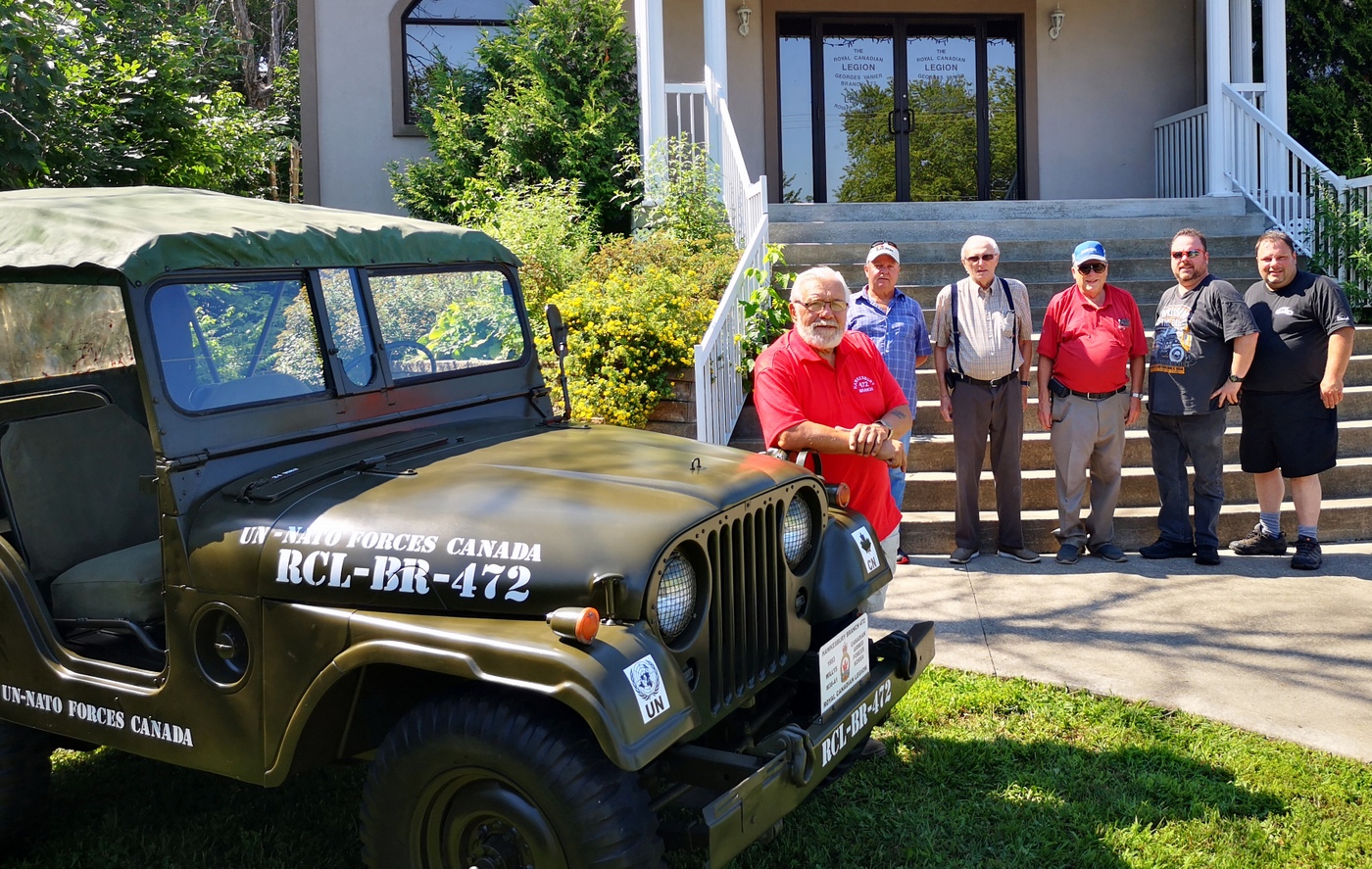 The Club D’Autos Hawkesbury Auto Club, located at 173 Main Street East in Hawkesbury., has an upcoming Auto Expo event, scheduled for the third of September, beginning at 8 a.m., running through to 8 p.m. Photo by Reid Masson

Armed with some TLC and a fresh coat of paint, the Hawkesbury Royal Canadian Legion’s vintage Korean War era Jeep is now back in its rightful spot.

A fixture on the Legion’s Nelson Street front lawn for more than two decades, the 1953 Willys M38-A1 Army Jeep had started to look somewhat tattered – the elements and time having dulled the paint and rust holes penetrating the vehicle’s body and frame. Earlier this year Legion member Jack Hume offered to restore the Jeep, and after more than 200 hours of time and the help of several other members, the finished Jeep was put back into place on Thursday, August 13. It will be featured when the Hawkesbury Legion reopens its doors on September 9.

“Two more years of sitting here and it would have been a basket case – it would have been scrapped,” said Hume, of the Jeep’s condition when it arrived at his home body shop and the amount of work required. “We used half a sheet of steel, four gallons of body filler – it should be good for a few years now.”

The project was completed as a display restoration, with all of the work done on the body, canopy and interior, while the drive train was left untouched. In other words, the Jeep looks fabulous but doesn`t run.

“I didn’t touch the power drive,” Hume said, noting the vehicle is meant for display and won’t be used for a trip to the grocery store anytime soon.

Both Hume and Hawkesbury Legion President Mervin Ward expressed their gratitude to the members who helped with the ‘Save the Jeep’ restoration project and to local businesses who threw in their support, including Sylmar Auto Ville which transported the Jeep back and forth from Hume’s garage to the Legion. Bertrand Supplies donated the paint and other supplies, while Viterie Gauthier Glass provided a new windshield free of charge. Tires, paint, seat covers and other parts were provided at a discount by Willys Acres. A brass plaque thanking all of those who assisted in the restoration has been attached to the Jeep. 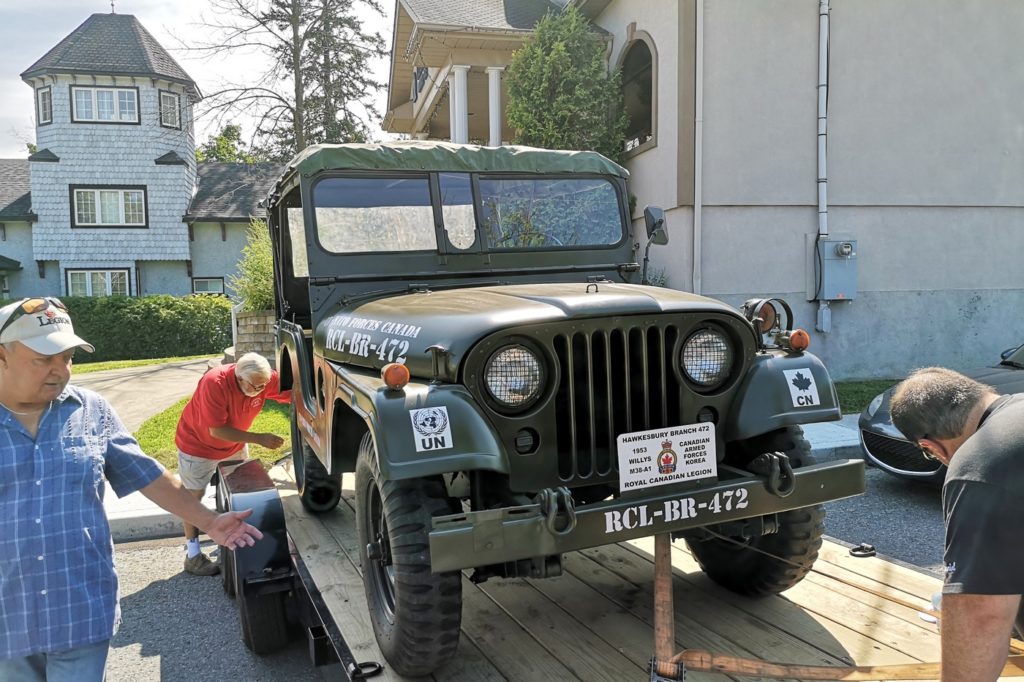 Sylmar Auto Ville provided transportation for moving the Jeep back and forth from the Legion. Photo by Reid Masson 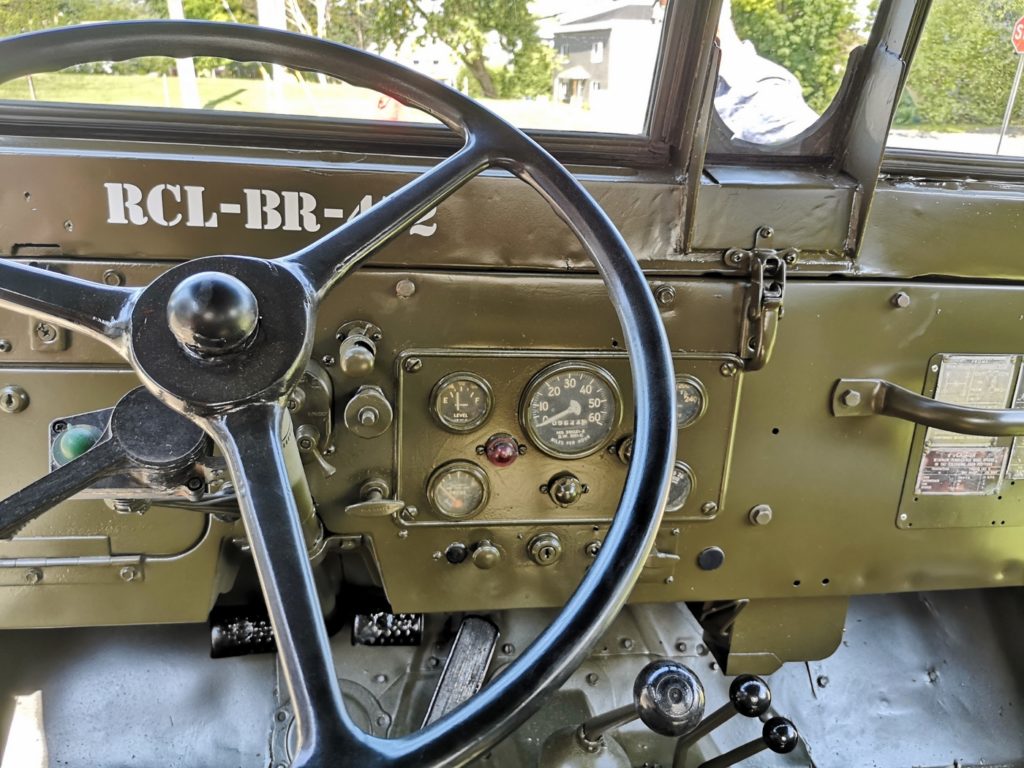 All the gauges anyone really needed could be found on the dashboard of a 1953 Willys Jeep. Photo by Reid Masson 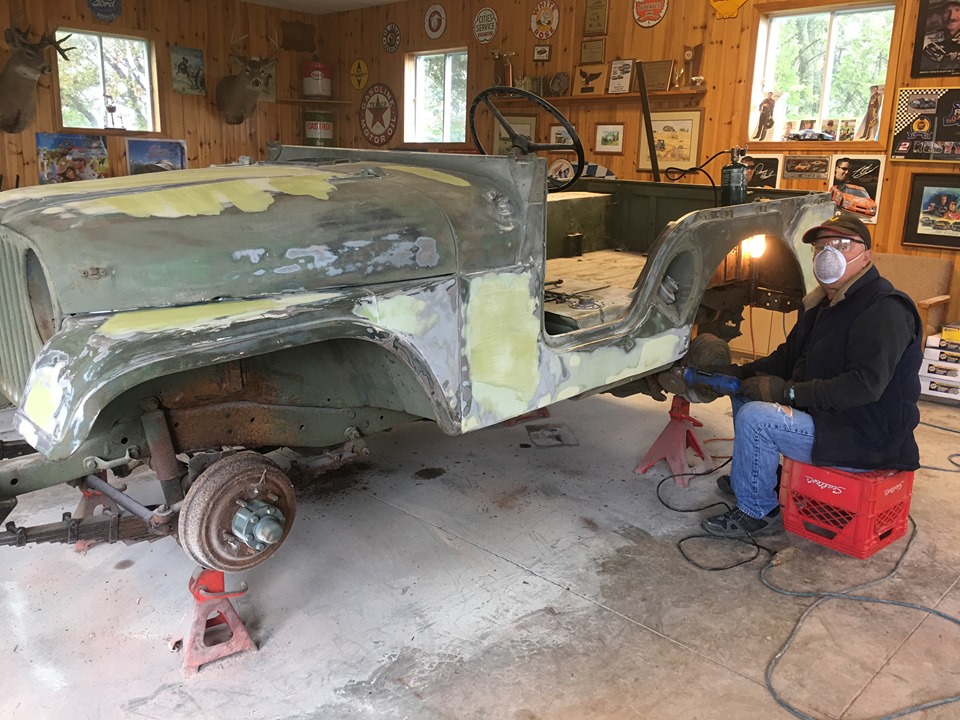 The Jeep required a complete frame-up restoration to fix years of rust and damage from the elements. Here Michel Lamoureux is working on the wheel wells to prepare the vehicle for primer and undercoating. 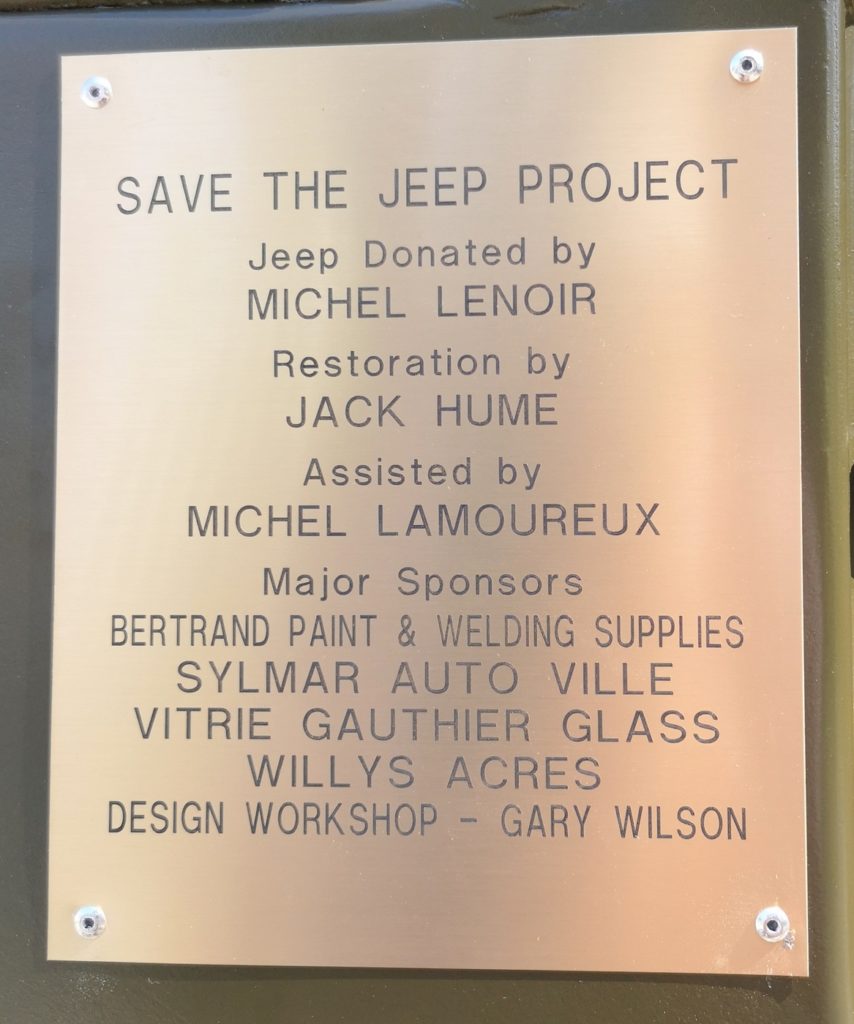