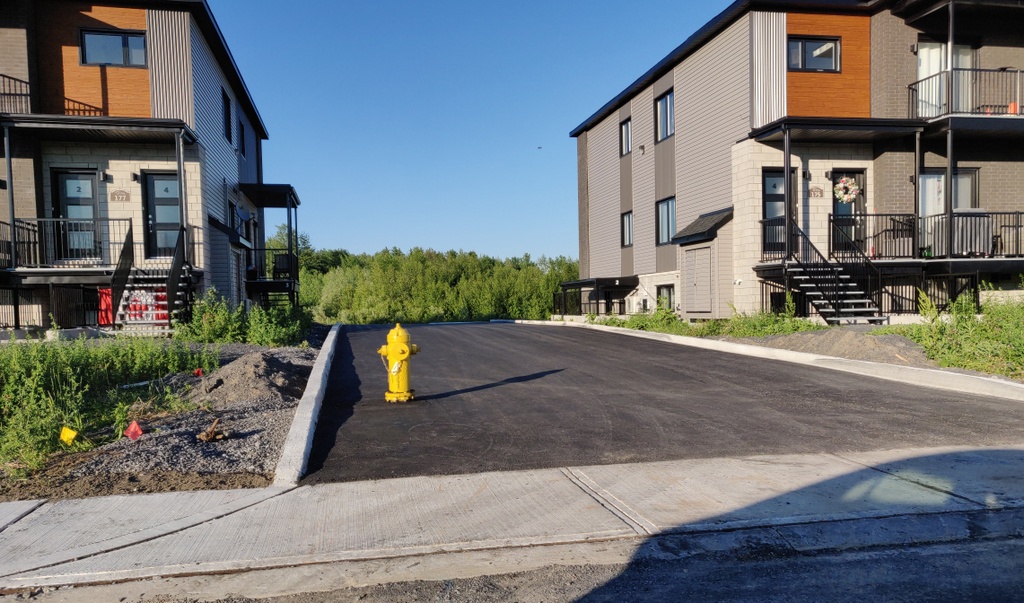 A fire hydrant improperly placed in the middle of the driveway of a new residential apartment complex became a hot issue in Limoges last week, after the developer paved around it while finishing the parking lots.

While some people were amused by the error, other residents of the building on Bourdeau Boulevard were angry and fired off messages to their municipal councillor and to Devcore – the complex’s developer – complaining about both the hydrant and unkempt weeds growing in the front yards of the development.
“The morning after the work was done somebody called me and we reacted right away,” said Limoges Ward 4 Councillor Francis Brière, whose Facebook page received dozens of messages regarding the hydrant.

Workers returned to the site last week and moved the hydrant out of the driveway to a more suitable location. While there remains a two-metre gravel patch, Briere said he has been told by the developer the asphalt will be repaired once the ground has settled. The tall weeds growing in the front of the property have also been cut down and landscaping is to begin in early August.

Some residents remained unhappy with the process and say the issue with the hydrant, high weeds on the property and unfinished landscaping should have been addressed sooner.

“Apparently we are getting the landscaping done by August but I don’t know what’s taking so long,” said resident Lysa Moreau, who pointed out that while the weeds are now cut, the front yard conditions are hardly ideal. “Our yard went from looking like a zoo to a looking like a sand pit with rocks.”

Brière said the township will continue to monitor the property to ensure the asphalt is repaired and that the landscaping is completed, but noted that as the apartment complexes are private property, it is up the developer Devcore to complete the work.

“We can poke and prod (Devcore) to get them to do the work, but it’s up to them to schedule their time,” Brière noted. “However it’s in their best interests to finish it up as quickly as possible so (the township) can do the final inspection.” 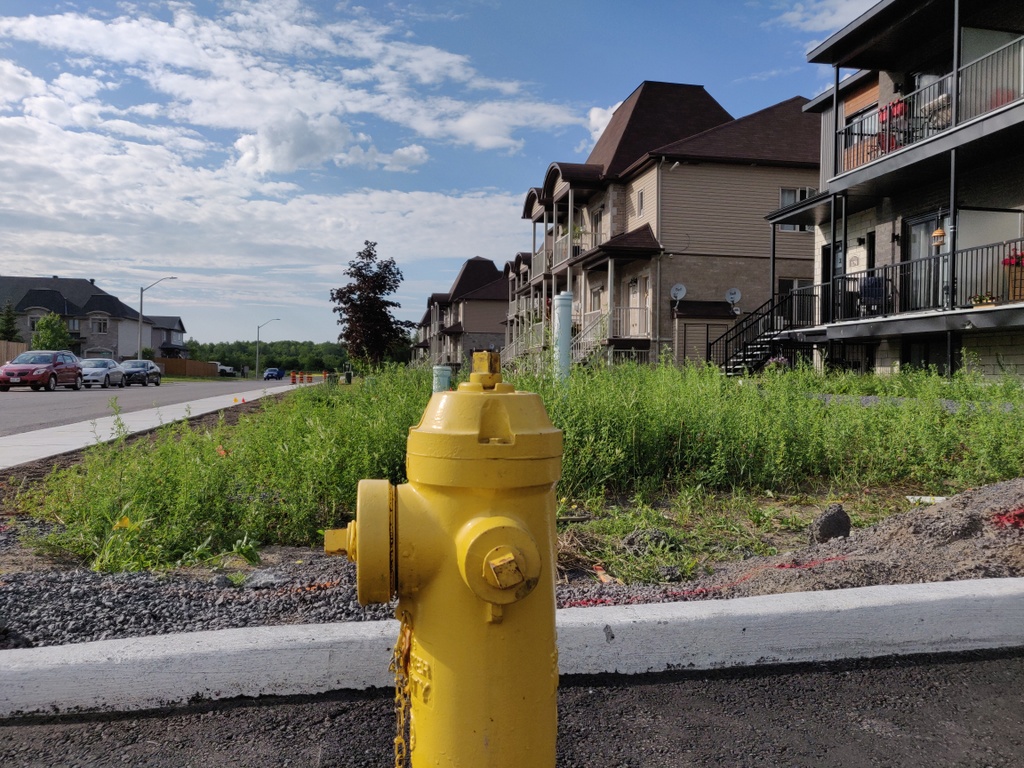 In addition to the fire hydrant in the driveway at 177 Boudreau Boulevard, residents of the new apartment units on the street were upset about the tall weeds growing on the property. Photo by Dave Mushing