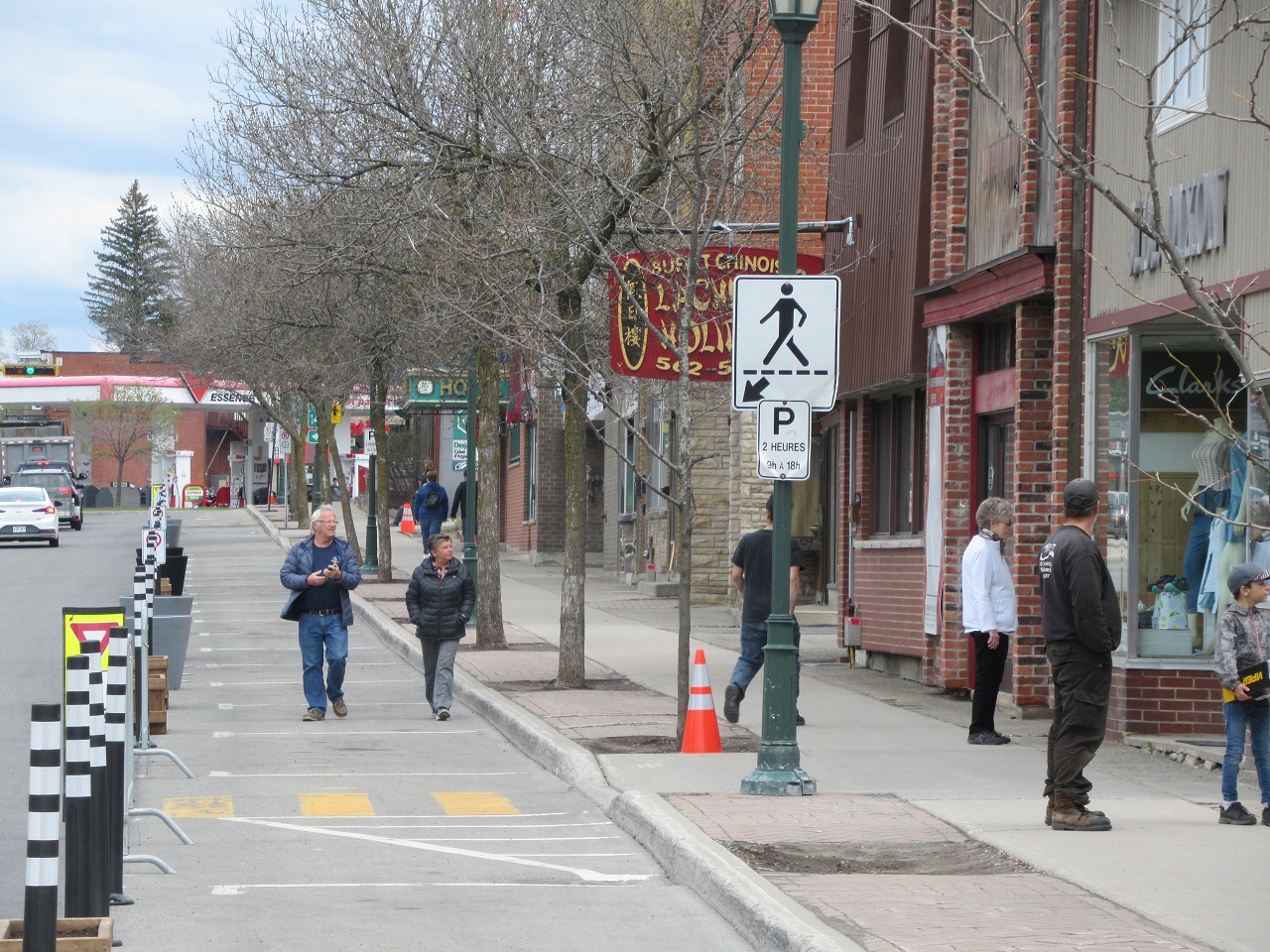 Extra space for physical distancing and outdoor business has been made in downtown Lachute by closing off parking spaces on the right side of rue Principale.

More places to pedal are on the way in Lachute.

The municipal council is receiving a $1.5 million loan from the Québec government for improvements and expansion of the municipal bicycle path network.

Lachute Mayor Carl Péloquin said there are plans to acquire new land and property easements for paths, and that the project will including paving, guard rails, and signage.

Eventually, the path network will connect most parts of the municipality together.

Péloquin said that the municipality is hoping to offset the cost by applying for grants for the path project.

There is more space to keep your distance while shopping in Lachute now.

To maintain physical distance and security, the Ville de Lachute has begun a pilot project downtown on rue Principale by widening the pedestrian strip and withdrawing parking at the curb.  The idea is to facilitate the movement of pedestrians downtown and to support the local economy.

Two metres has been added to the walking space on each side of the street for 395 metres.    On-street parking is still available by the median in the centre of the street in each direction.

Business owners can use some of the sidewalk space in front of their stores as display and sales area, which the municipality believes will help reduce the number of customers going into store buildings.

Parking is also available in lots behind the stores, and on nearby Harriett, Bellingham, Water, and Clyde streets.

After the pilot project was announced, the municipality received several comments and suggestions.  some of which will be forthcoming in the coming days. The comments and suggestions included the creation of reserved parking spaces for merchants and their employees by the former railway station on Berry street,  the identification of certain parking spaces on either side of the central block for use of a maximum of 15 minutes for deliveries.

Péloquin said that three or four business did state objections to the extra pedestrian space but said that the municipality will be adding additional handicapped parking spaces, and short-term parking spaces for pickups and deliveries.

“It’s to give our businesses a chance to start again,” Péloquin said about the extra pedestrian space downtown.

The municipality is considering the extra spaces as a temporary measure for now, but will consider incorporating similar spaces into the design of future downtown improvements.