How Glengarry Went to War 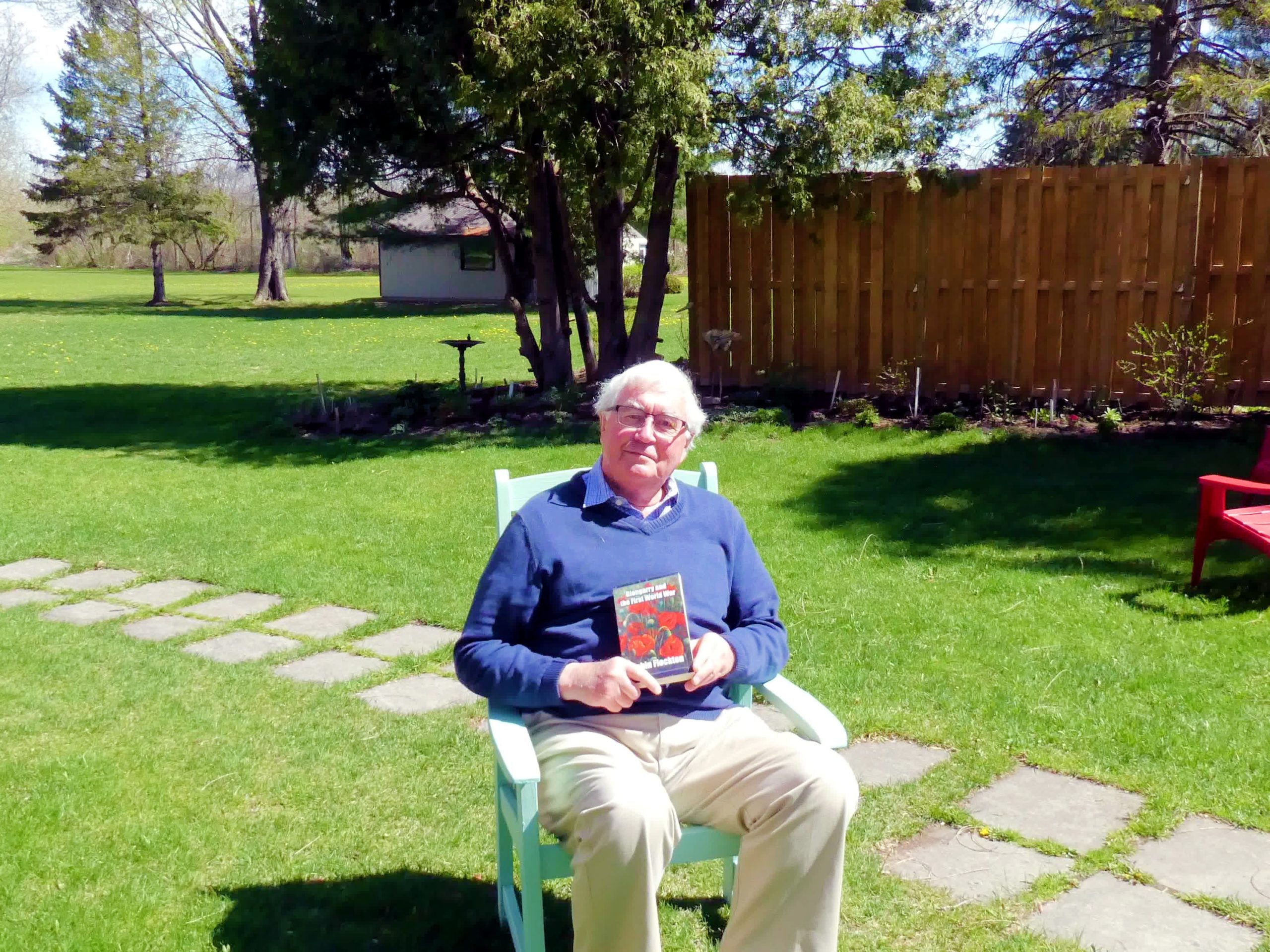 Robin Flockton with a copy of his book, Glengarry and the First World War

Can you imagine the citizens of Dunvegan holding a summer social to raise funds to buy machine guns for the Canadian Army? That unlikely event was only one of the discoveries Robin Flockton made when he was researching material for his new book Glengarry and the First World War.

Flockton thought he knew a lot about the Great War. As a former British Army officer and a graduate of Britain’s Sandhurst Military Academy, he had studied military history. But much what he uncovered in the extensive research he did surprised him. “There was very little available in published local histories,” he claims. “And what there was, was about soldiers. There was nothing about how the war affected the community.”

Community and social life were the aspects that most interested Flockton. “The First World War was the biggest single event in Canada since 1790,” he says. “It changed the country profoundly and this was clearly true in Glengarry.”

The introduction of income tax and government measures had a major effect on rural communities, which had had very little to do with the federal government prior to the war. One of the most interesting aspects Flockton uncovered was the effect it had on women’s emancipation.

“With the men away fighting, rural women for the first time went to work in factories and offices in Montreal and Ottawa, and for the most part, never returned.” he says. The shortage of farm workers added new pressures to agriculture and led to more reliance on equipment rather than manpower. However Glengarry agriculture thrived during the war.

Another surprise was the total commitment of the community in the war effort. “Local councils also purchased machine guns. Everyone was involved,” he discovered. Although for political reasons, Quebecois enlisted less and opposed conscription, Flockton found that Franco-Ontarians enlisted at the same rate as their English-speaking neighbours.

A sadder effect of WW 1 was the decline of industry in Alexandria and its emergence as an agricultural centre. “People no longer needed the carriages and buggy whips which Alexandria’s factories produced.” Flockton notes.

The book arose out of series of lectures Flockton gave between 2014 -2018 at museums and events around North Glengarry to commemorate the hundredth anniversary of World War I.

The book is a bit of a family affair, with Flockton’s wife Flip providing some editing and formatting. The cover features a gorgeous painting of poppies done by Alexandria artist Claire Lanthier, which hangs in the Flocktons’ living room.

Glengarry and the First World War is available through Amazon at www.amazon.ca. Proceeds from the sale of the book will be donated to the Glengarry County Archives. For more information or to book a talk by Robin Flockton contact: [email protected]