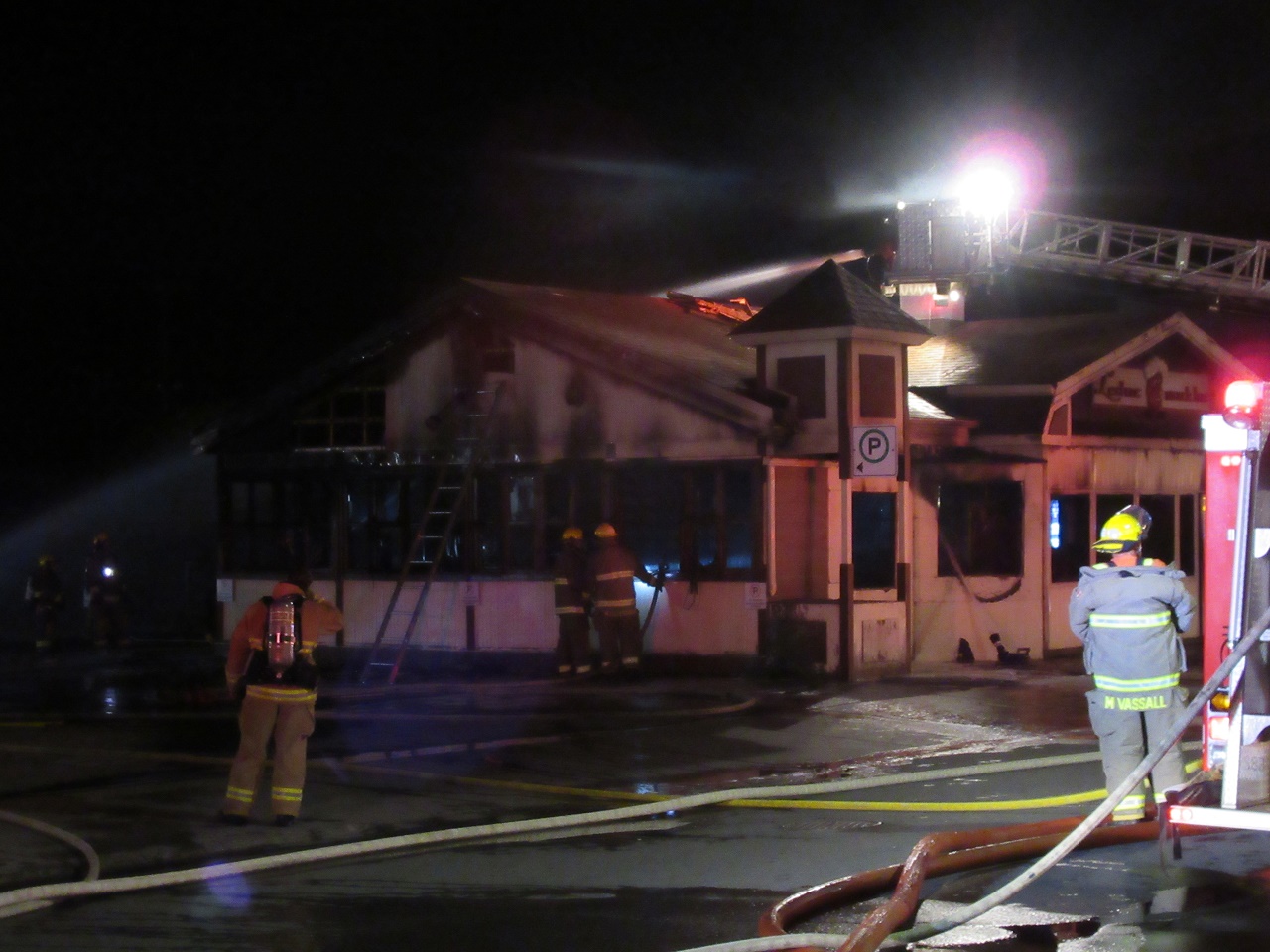 Firefighters on the scene at Leduc Snack Bar in Hawkesbury on May 26, 2020. Photo: James Morgan

The Hawkesbury Fire Department received a call at 9:26 p.m. on Tuesday night for a fire at Leduc Snack Bar, at 551 Main Street East.

According to Hawkesbury Fire Chief Daniel Gascon, the fire was under control by 10:22 p.m.

Due to the hot and humid weather conditions, 19 firefighters from L’Orignal also assisted the 23 Hawkesbury firefighters at the scene.

The snack bar had been closed since 8 p.m.  No one was inside the building at the time, and there were no injuries.

The Ontario Fire Marshal’s office has been called to investigate the cause of the fire.  No value of the damage had been established as of Wednesday morning.

The building was still standing after Tuesday night’s fire.

The fire at Leduc Snack Bar was the second fire at a Hawkesbury business in the past seven days.  On Saturday, May 23, a fire destroyed Marché Lacroix on James Street.