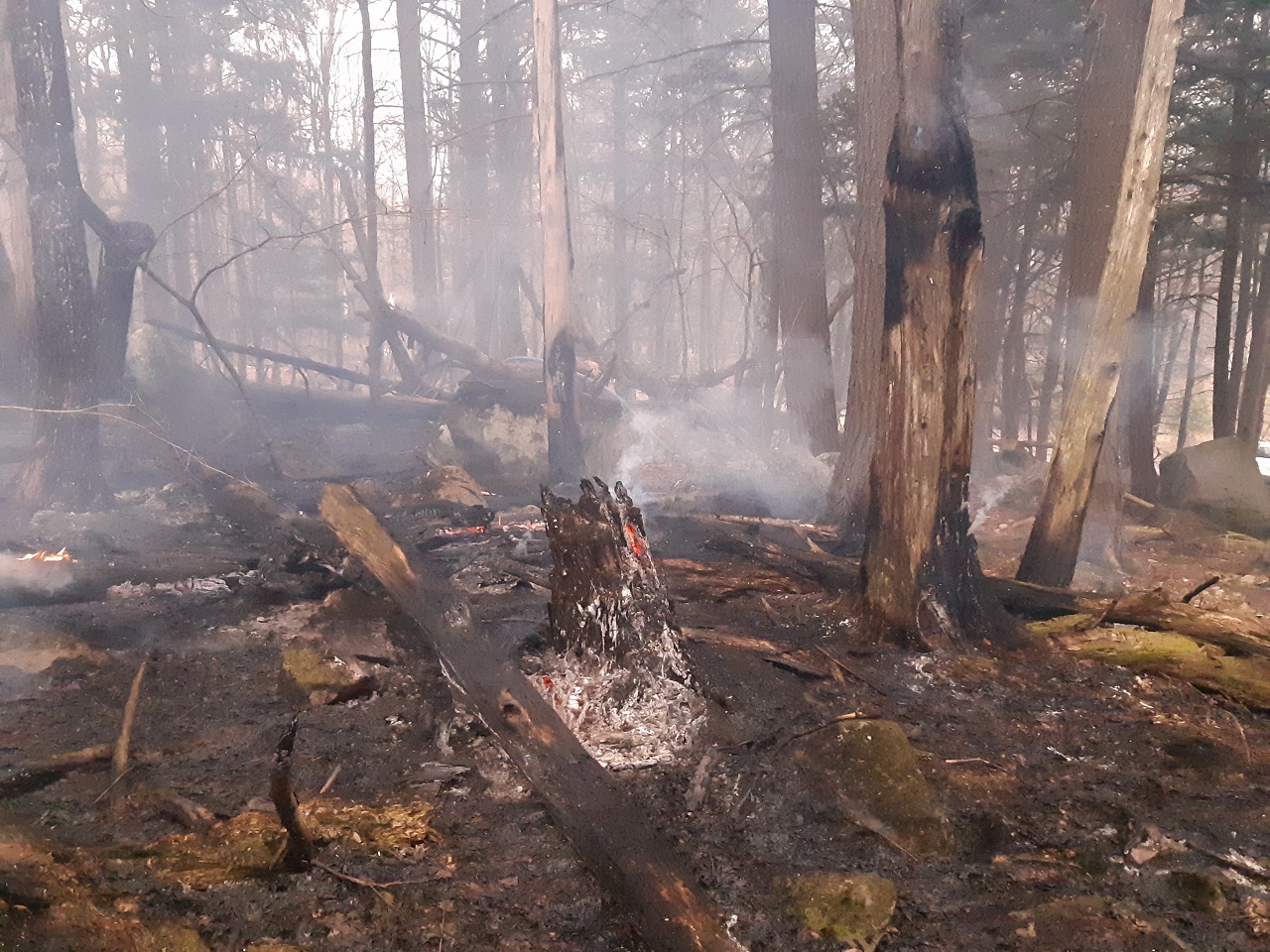 Wednesday, April 29 was a day of fire throughout Argenteuil.

There were five significant fires throughout the region during the afternoon.

In Lachute, city firefighters responded to three separate calls within a 50-minute period.

At 2:09 p.m., they received a call to assist Brownsburg-Chatham firefighters with a grass fire on Montée de la Branche.

At 2:20 p.m., Lachute firefighters responded to a forest fire behind a residence on chemin de la Côte that is suspected to have been caused by an unattended fire on a nearby property.

And, at 2:59 p.m., firefighters from Lachute were also called to another forest fire in the rue du Grenoble sector.

City fire crews were on the job until 7:30 p.m. on Wednesday getting the blazes extinguished.

According to Brownsburg-Chatham Fire Chief Michel Robert, 24 firefighters were at the scene of the Montée de la Branche grass fire until 6:30 p.m., working to protect a nearby house.  The fire ended up covering an area of 400 feet by 2,500 feet.  Robert said it was caused by a cigarette.

Brownsburg-Chatham firefighters were called to a forest fire on chemin des Cascades at 4:53 p.m.  Robert said it covered an area of 1,500 feet by 400 feet and the municipal firefighters were assisted by two water bomber aircraft from SOPFEU, Québec’s forest fire protection agency.  Crews were at the scene of that forest fire until 7:45 p.m.

Robert said the cause of the fire on Chemin des Cascades was a previous fire that had not been properly extinguished.

SOPFEU aircraft also assisted with a forest fire late on Wednesday afternoon in the Calumet area of Grenville-sur-la Rouge.

According to Grenville-sur-la-Rouge Fire Chief Marc Montpetit, the fire started when a small backyard campfire at a property on Route 148 got out of control and soon covered the wooded hill behind the property.

Firefighters from Grenville-sur-la-Rouge, Grenville village, and Harrington, along with the SOPFEU aircraft, had the fire under control by approximately 6 p.m.  The aircraft flew in a continuous loop to gather water from the nearby Ottawa river and then drop it on the fire.

Fire chiefs Robert and Montpetit, along with the City of Lachute, both noted that all open fires are currently prohibited in most of Québec due to a COVID-19 emergency order issued by SOPFEU.

Any fines issued for illegal fires within the prohibited territory are at the discretion of SOPFEU. 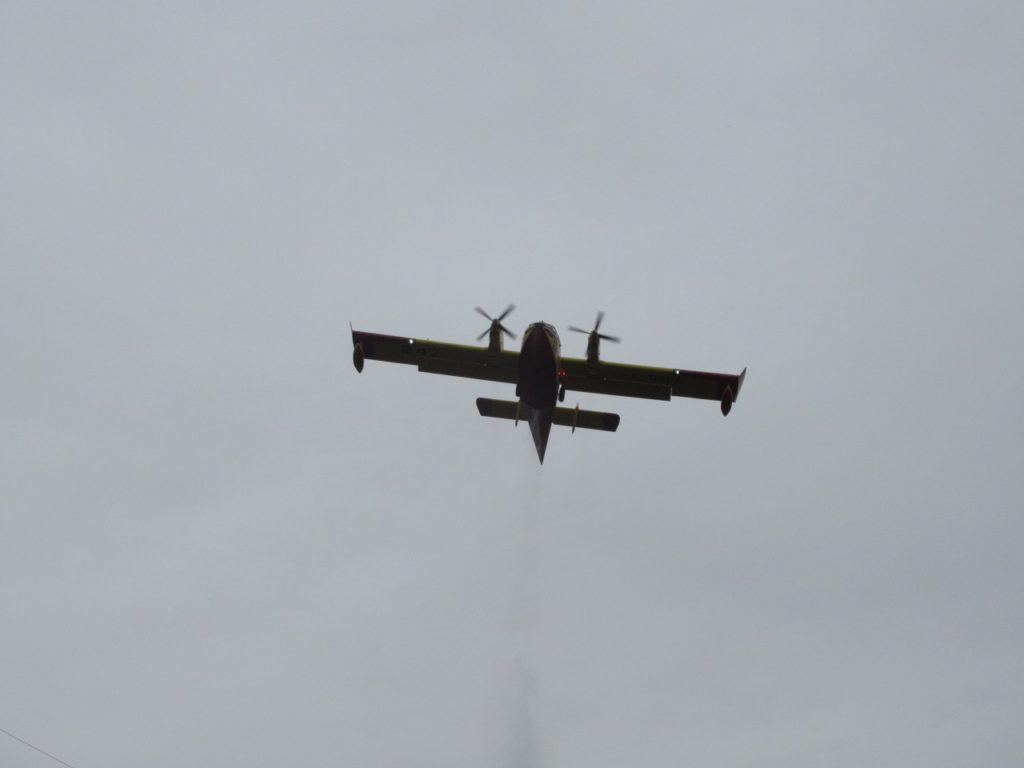 SOPFEU aircraft at the forest fire in Grenville-sur-la-Rouge on April 29, 2020. Photo: James Morgan