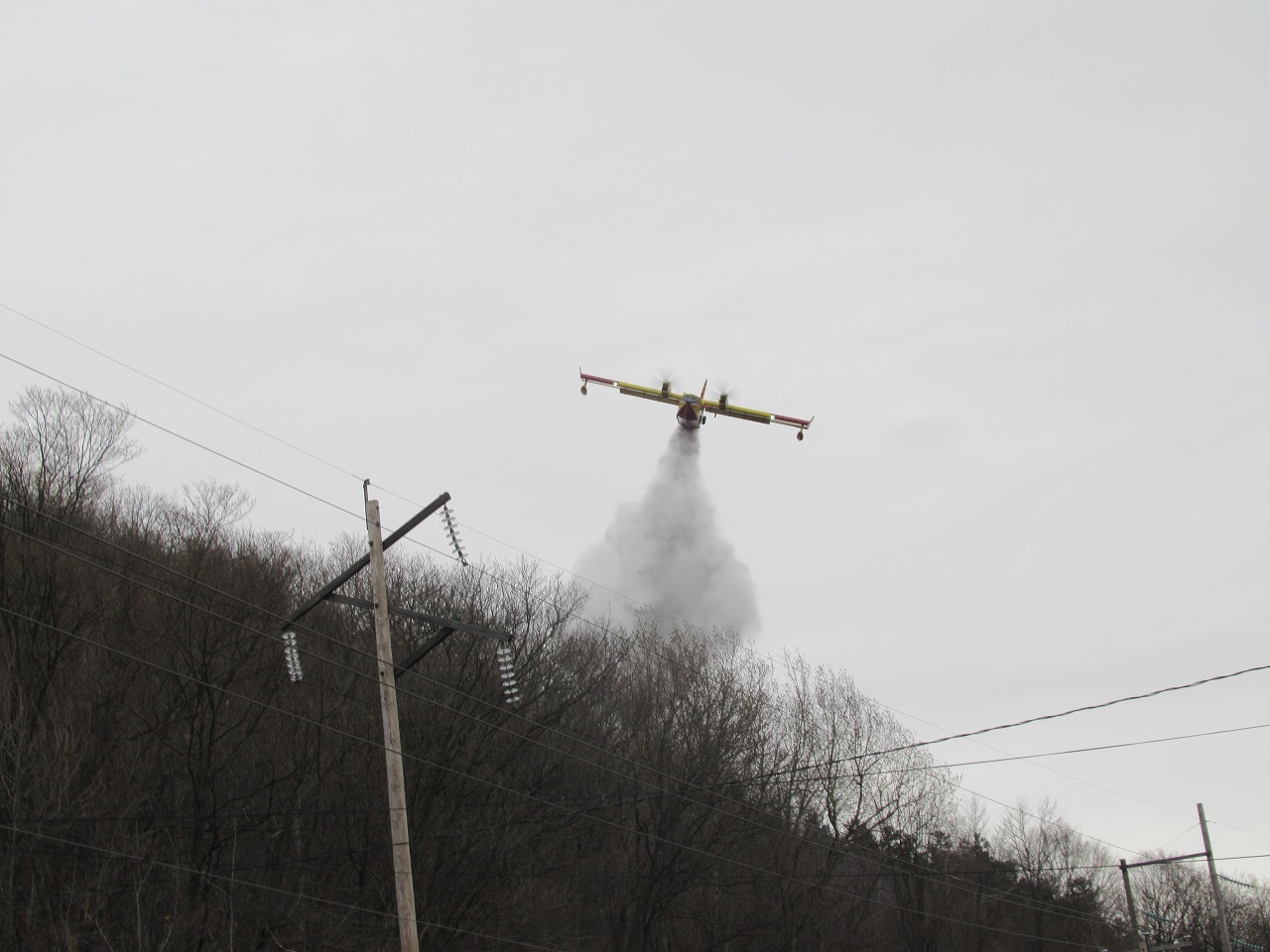 An illegal, backyard campfire turned into a forest fire in Calumet late on Tuesday afternoon.

According to Grenville-sur-la Rouge Fire Chief Marc Montpetit, the fire started small behind a house on Route 148 but grew out of control.

There was no damage to any homes, but the flames reached the edges of a couple of yards along Route 148.

The fire was mostly extinguished by approximately 6 p.m. on Wednesday.  The two aircraft, along with the firefighters on the ground with hoses, kept applying water to ensure there were no flare ups.

Any fines issued for the fire will be up for SOPFEU to decide, said Montpetit.

Montpetit noted that all open fires are prohibited in Québec right now due to COVID-19 emergency restrictions.

The Calumet forest fire was one of three major blazes in the MRC d’Argenteuil on Wednesday.  Other significant fires occurred in Lachute and Brownsburg-Chatham.

Click below to see video of the water bombers in action at the forest fire in Calumet: 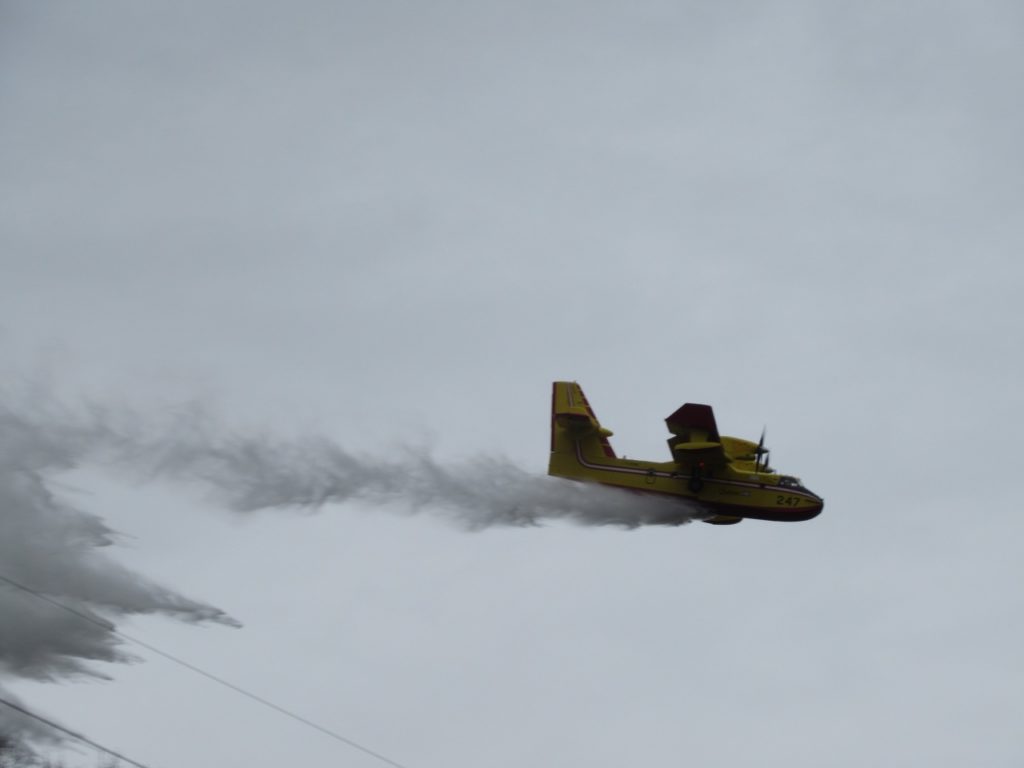 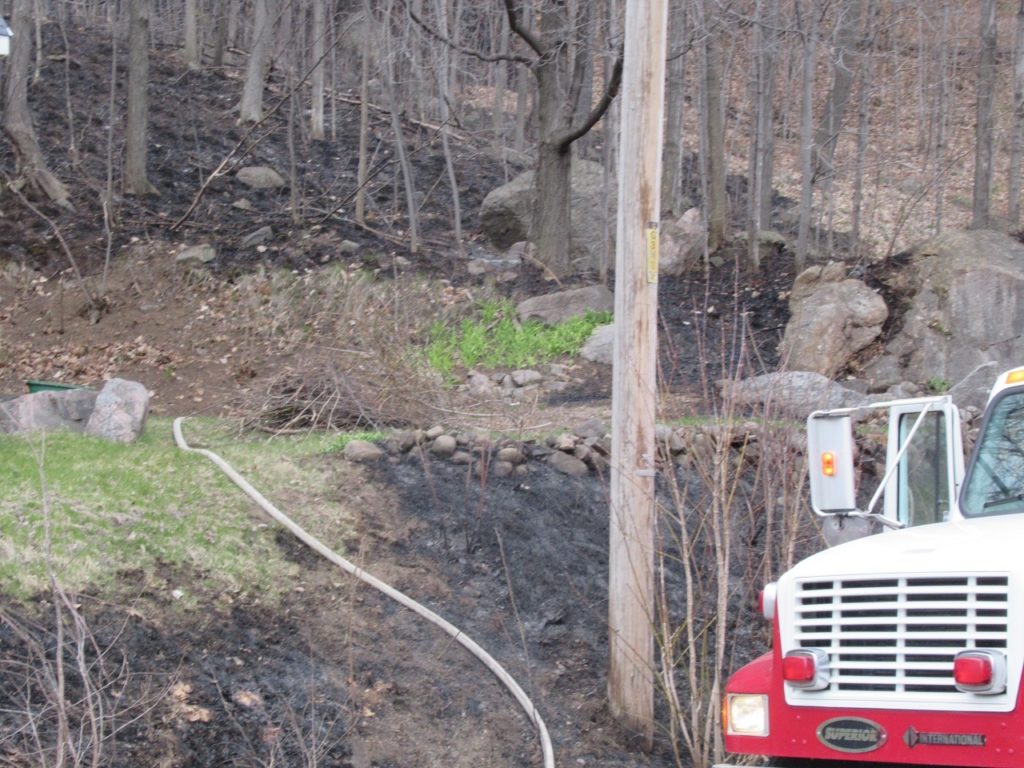 The fire reached the edges of residential properties along Route 148. Photo: James Morgan