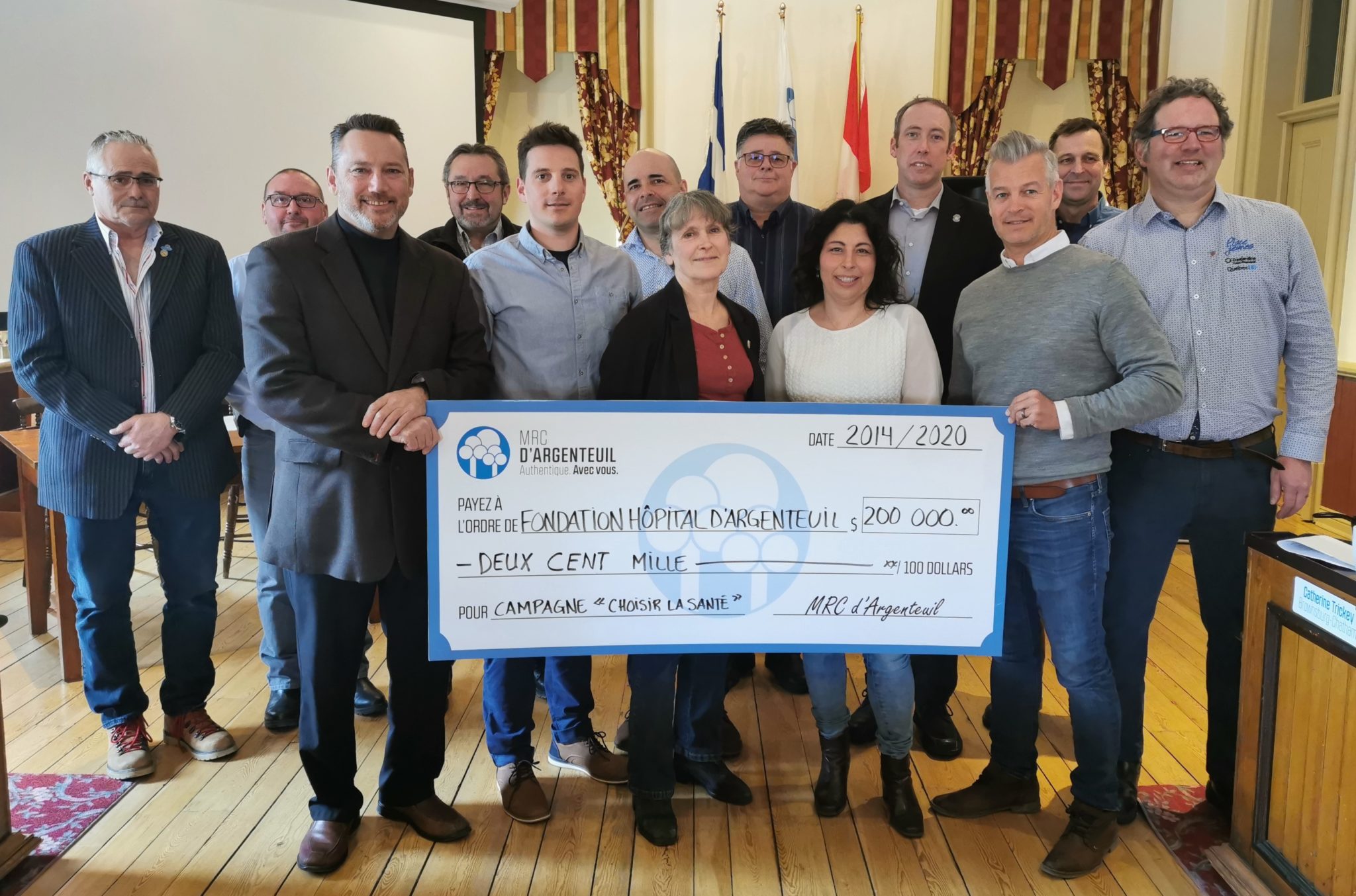 The Municipalité Régionale de Comté  (MRC) Argenteuil is proud to make the final payment of a major contribution of $200,000 to the Argenteuil Hospital Foundation (FHA) as part of its major fundraising campaign, Choose Health, for which the MRC committed in 2013. In the presence of the president of the FHA, Mr. Éric Poulin, of the vice-president, Mélanie Tardif and of the former president, Gilbert Ayers, the council of the MRC handed over a check for $24,000 to the organization, amount representing the last installment of the total contribution of $200,000, paid over a period of seven years.

Launched in spring 2013, the Choose Health fundraising campaign aimed to raise $ 2.2 million to carry out the following three specific projects: renewal of medical imaging equipment, development of an integrated services clinic for first line and enhancement of accommodation services in CHSLDs. In 2018, the FHA announced that it had reached the target.