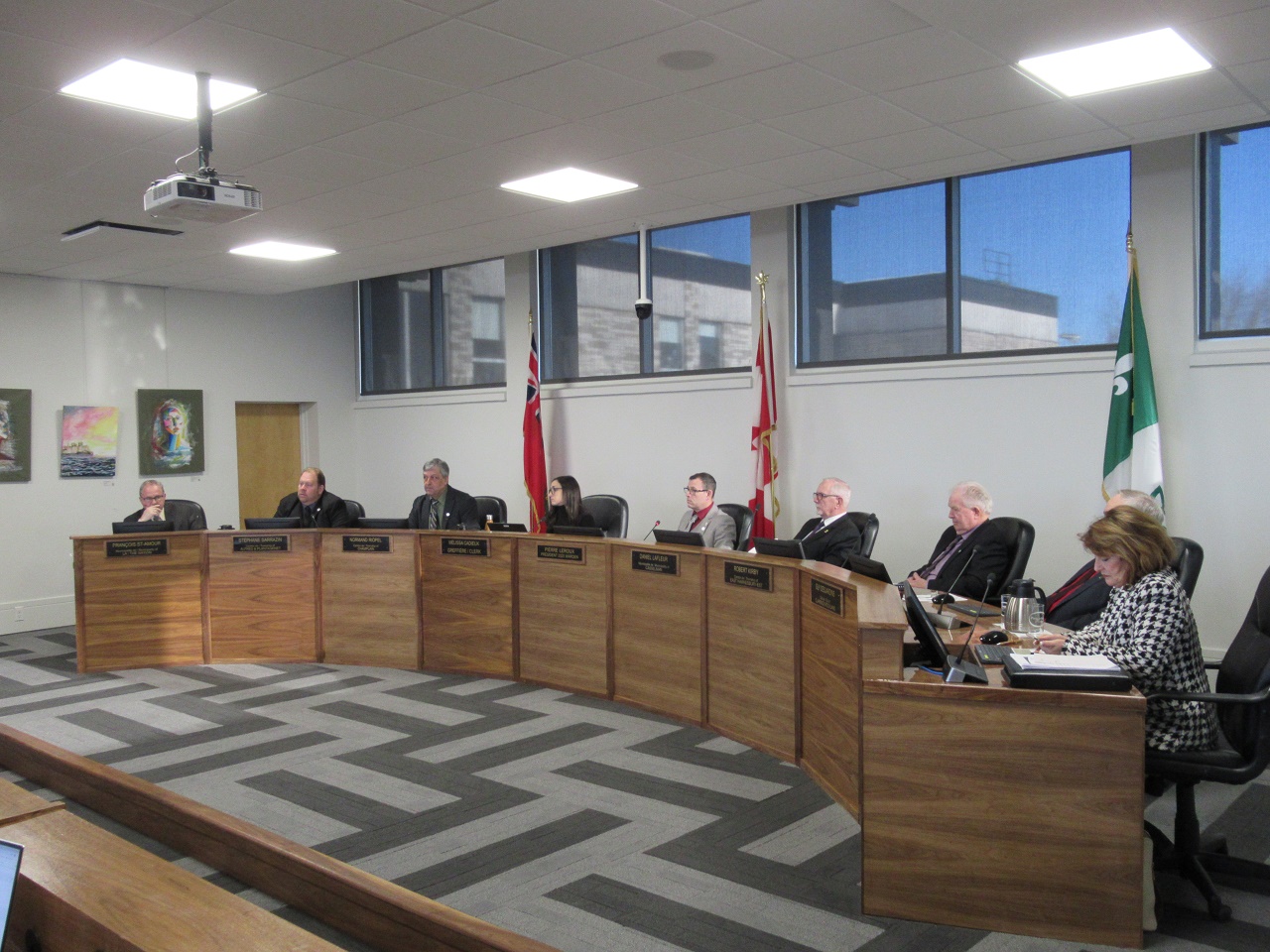 UCPR Council at the February 12 2020 Committee of the Whole meeting. Photo: James Morgan

A new approach to encouraging infrastructure projects and new development was at the top of the agenda when the United Counties of Prescott and Russell (UCPR) council met on February 12.

The UCPR financial contribution is a maximum of 25 per cent of the project cost.

Additionally, the UCPR contribution can only apply to the portion of the cost of a commercial or industrial project if the project will also benefit residential growth.  The participating municipality must also demonstrate it has the borrowing capacity for the project.

Chief Administrative Officer Stéphane Parisien said the PRAP is meant to encourage development in “hot zones,” where two municipal boundaries are involved, such as Hawkesbury and Champlain, or La Nation and Casselman.

An example of a PRAP project could be where one municipality has land available for development along its boundaries but water, sewage, or road services are more readily available from a neighbouring municipality.

Leroux said all of the financial risk is on the municipalities.

Hawkesbury Mayor Paula Assaly wondered if the number of PRAP projects could have a serious financial impact.

“If you have eight projects, that could cause a great impact,” she said.

Leroux emphasized to Riopel that the PRAP would not place any extra burden on municipal taxes.

“It’s not being done anywhere else in Ontario; we came up with it,” said Parisien.

Sarrazin suggested that the details of the program be presented to each municipal council.

Parisien said the UCPR may have to hire consultants to assist in preparing the PRAP policies.

Despite the comments and questions, council unanimously approved a resolution to continue with further development of the PRAP plan.