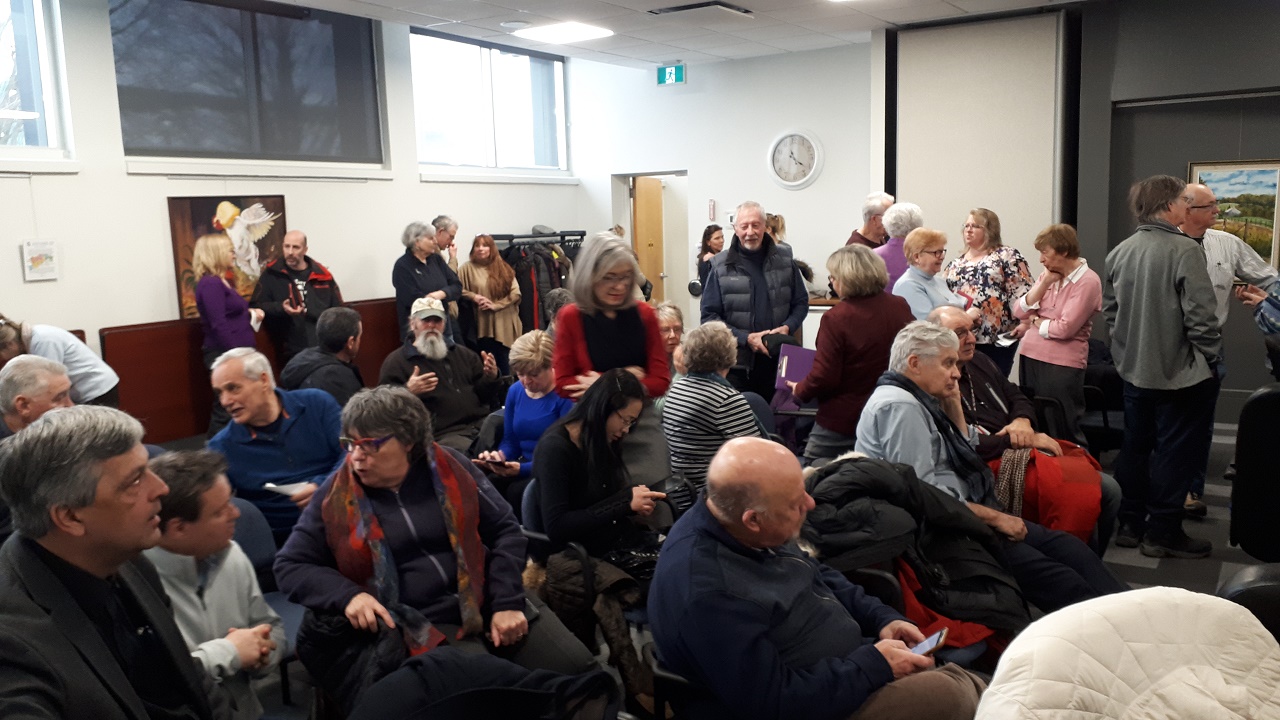 Citizens and members of Champlain Township council at the LPAT CMC for the proposed cement plant on February 18, 2020. Photo: James Morgan

The dates were set at an LPAT case management conference (CMC) held on February 18 at the United Counties of Prescott-Russell (UCPR) council chambers in L’Orignal.  The November 2 hearing will take also place there, beginning at 10 a.m.

The case involves two appeals connected to the proposed plant.  Champlain Township council rejected the zoning changes needed to construct the facility and Colacem appealed the decision to the Ontario Municipal Board, which has since become the LPAT.  However, the UCPR council later approved the same proposed zoning changes. Action Champlain, a citizens group opposed to the Colacem project, objected to the decision (the eight mayors on UCPR council were not unanimous in their support), and filed an appeal with the Ontario Municipal Board.

More than 60 people were present at the CMC in L’Orignal, most of them Action Champlain supporters, along with members of Champlain Township council and staff.

“We are five kilometres downwind from the proposed cement plant,” said resident Ralph Hansen.  He and his partner Janet Lissemore said they moved to their rural property to get away from city life and don’t want heavy industry moving in.

“We just want it to be fair,” said resident and Action Champlain member André Chabot about the upcoming hearing.

Colacem legal counsel Chris Burnett urged Richard Makuch, the LPAT member presiding over the CMC, to move the hearing forward as quickly as possible.  Several dates in September and October of 2020 were considered and following two recesses for legal counsels to discuss options with Makuch, the November date was agreed upon.

Chabot said Colacem’s interest in having the hearing take place sooner raises some concerns.  Burnett told Makuch during the CMC that less evidence and fewer witnesses would be required due to progress that has been made in recent months.

October 23, 2019, the Ontario Ministry of the Environment, Conservation, and Parks issued approvals to Colacem for air, noise, and storm water emissions from the proposed plant.  However, an approval from Environment Canada at the federal level was rejected in April 2019.

Action Champlain legal counsel Gabriel Poliquin said he was satisfied with the date agreed upon for the hearing considering the effort it took to reach a consensus.

Greg Meeds is the legal counsel representing the UCPR.

LPAT proceedings are open to the public and all documents filed in a proceeding will be included in the Tribunal’s public file (except those documents that may be deemed confidential in accordance with section 33(3) of the Local Planning Appeal Tribunal Act, 2017, as amended.) 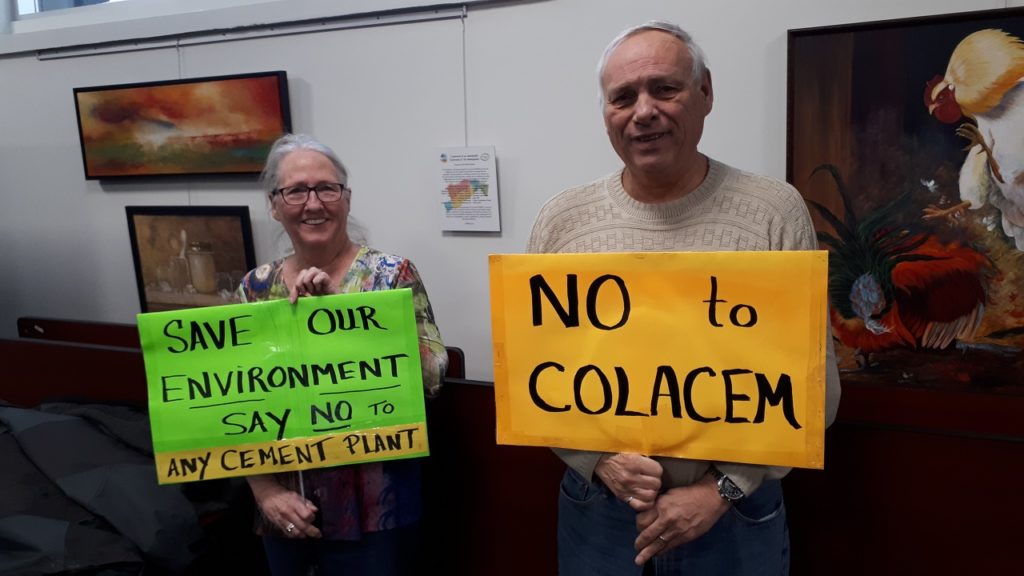