OPP respond to Friday collision on Québec side of bridge 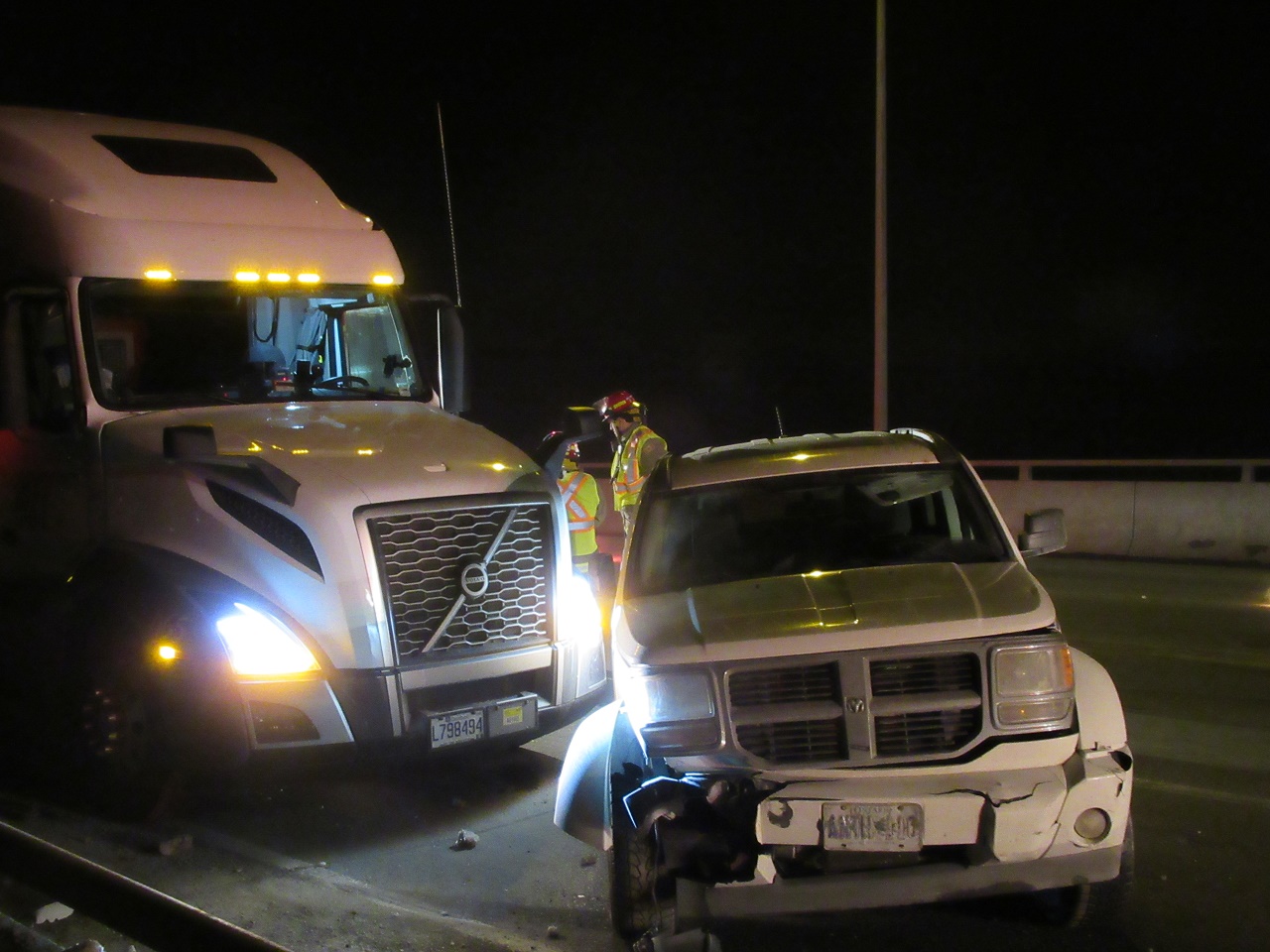 A tractor-trailer collided with an SUV on the Long Sault bridge on Friday evening, January 31. Photo: James Morgan

Whose crash was it anyway? Did it happen in Québec or in Ontario?

A collision between a tractor trailer and an SUV on the southbound Long Sault Bridge just after 6 p.m. Friday evening raised that question.

The two vehicles collided in Québec, and the Sûreté du Québec (SQ) was contacted.  However, according to Hawkesbury Ontario Provincial Police (OPP) Constable Mario Gratton, the OPP was more readily available so they took the call from the SQ.  Hawkesbury firefighters and Prescott-Russell paramedics also responded.

According to Sergeant Marc Tessier of the SQ, one of the drivers was treated for minor injuries but after a short investigation, no charges were laid.

Traffic on the four-lane bridge was down to one lane in each direction due to the collision.

Social media posts and Constable Gratton both compared the collision to the film Bon Cop-Bad Cop where police officers from Ontario and Québec find a dead body laying on both sides of the provincial boundary.