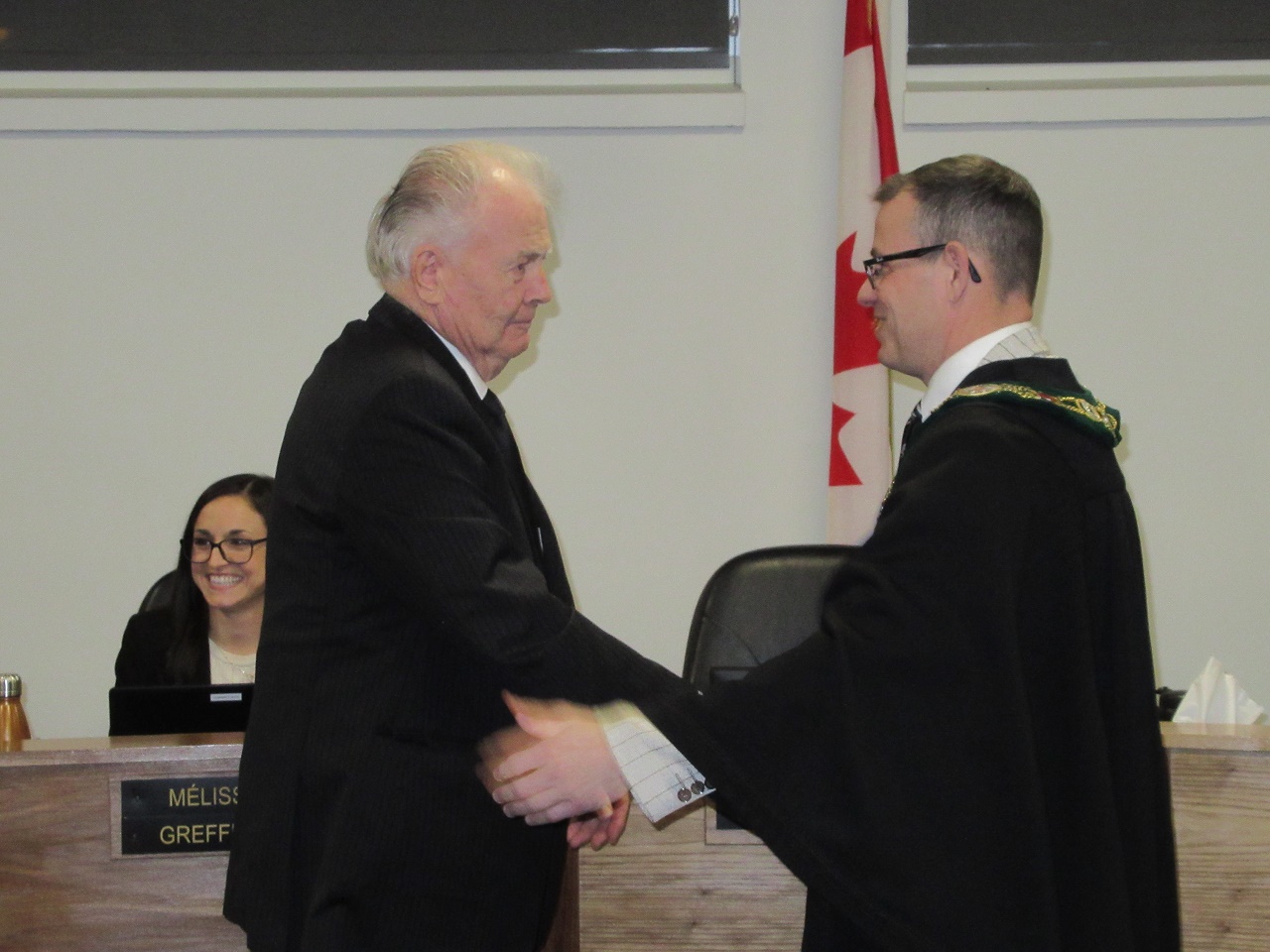 The United Counties of Prescott and Russell (UCPR) officially has a new head of council for 2020.  Russell Township Mayor Pierre Leroux was sworn in as Warden on Wednesday evening at a ceremony in the UCPR council chamber in L’Orignal.

Leroux was acclaimed as Warden and his nomination was moved by La Nation Mayor François St-Amour and seconded by Casselman Mayor Daniel Lafleur.

In a short speech, Leroux emphasized the need for good communication with municipalities, residents, organizations, and the provincial and federal governments.

Leroux’s other major priority for his term as warden is implementing the Prescott and Russell Area Partnership (PRAP).  It is a proposal for intermunicipal investments that would help stimulate economic growth in the counties.

As an example of how it could work, Leroux said the UCPR could reimburse the county portion of taxes to municipalities where a major new development takes place.

Plans for the new Prescott-Russell Residence in Hawkesbury and efforts to resolve the difficulties with the City of Ottawa and Cornwall/Stormont, Dundas, and Glengarry over ambulance coverage and associated costs are also on Leroux’s agenda for 2020.

“I’ll be working on that one,” he said of the ambulance issue.

Leroux has served as Mayor of Russell Township since 2014 and was a councillor for four years before that.  Originally a small business owner, he now is in municipal politics full time.  He ran as the Liberal candidate in Glengarry-Prescott and Russell in the 2018 but said there will be no return to provincial politics for him.

“I got rid of all my signs,” said Leroux.

Leroux also publicly wished a Merry Christmas and Happy New Year to all residents of Prescott and Russell counties. 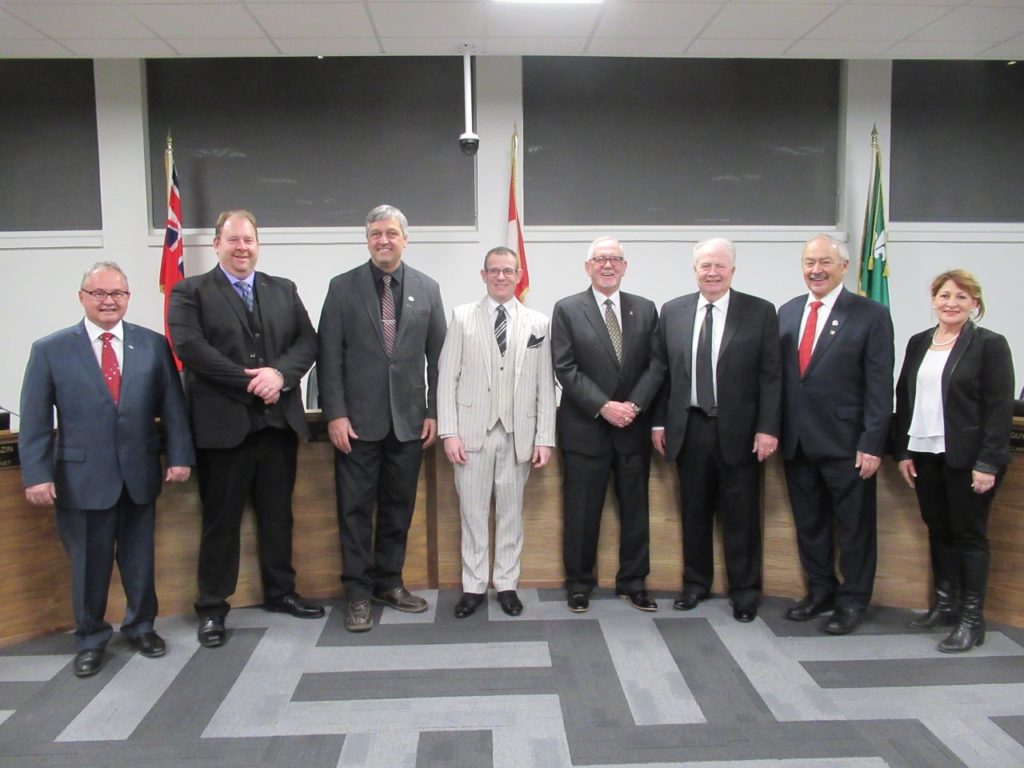