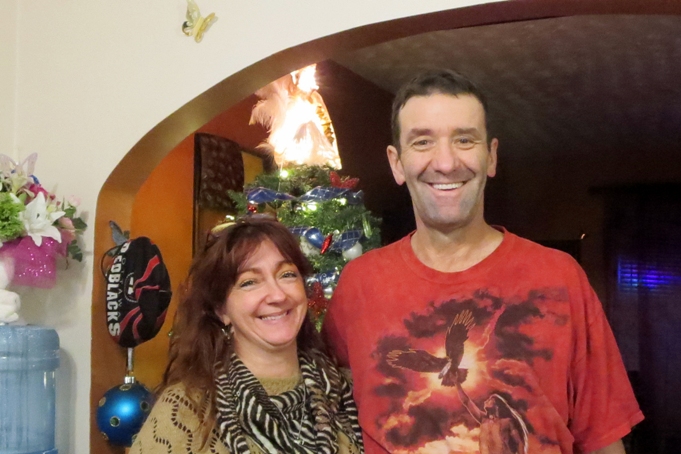 Despite a stage-4 cancer diagnosis, Peter Higginson, shown with his wife, Manon, feels healthier than ever.

When Peter Higginson left Canada in August for alternative cancer therapy in Mexico, he expected to return much better than when he left. Higginson now says the six-week stay at the clinic changed his life.

“I feel better than I have all summer,” says Higginson, at his home in Hawkesbury.

After four months of chemotherapy, Higginson, along with his wife, Manon, decided to pursue alternative, holistic therapies at Immunity Therapy Center (ITC) in Tijuana, Mexico. (see Hawkesbury couple seeks alternative cancer treatment in Mexico, September 4, 2019.) They had heard about ITC through Peter’s niece, who was undergoing cancer treatment there. Higginson, told he had only one or two years to live, felt he had little to lose.

Back in Canada after the six-week treatment at ITC, Higginson was disappointed with his late-October CT scan results. While the scan showed no change in the primary tumour in the bile duct, it also confirmed cancer had spread to his lymph nodes.

“It wasn’t as good a result as we hoped for,” he acknowledges.

Higginson underwent surgery in early November, unrelated to his cancer. He had been plagued by pain from a hernia throughout summer and fall. Initially diagnosed as a pulled muscle by both Canadian and Mexican doctors, it wasn’t until his return to Canada that the hernia was identified.

Higginson believes the therapies at ITC in Mexico were helping. As far as he’s able, he’s adopted those therapies and treatments at home. He spends up to six hours daily following the treatment regime introduced at ITC, including using a portable sauna for heat therapy. In addition to a strict diet, Higginson consumes masses of vitamins to boost his immune system and make his body inhospitable to cancer cells.

Higginson’s hair, which he had lost after rounds of chemotherapy earlier last summer, is growing back. He’s also trimmed down to 190 lbs, a thirty-pound loss he attributes to the healthy diet he began following while in Mexico. 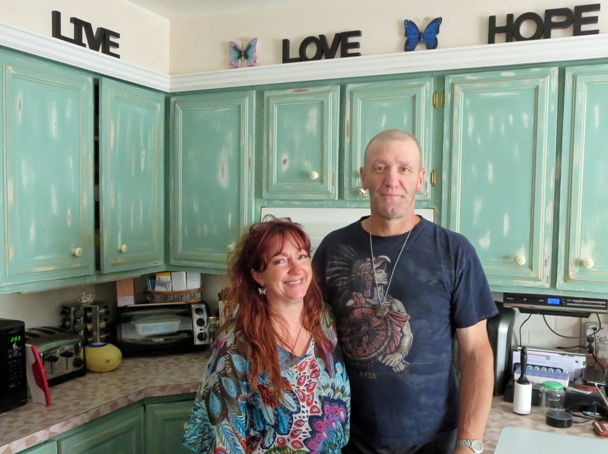 Higginson, hair lost due to chemotherapy, and his wife Manon, just before leaving for Mexico to seek alternative cancer treatment in August.

“I miss french fries!” says Higginson, who says the radical diet is a lot of work. Since returning to Canada, he also consults with a naturopath and undergoes Vitamin C IV therapy. Recently, he was referred to a healer in Quebec, and Higginson feels positive about all these strategies to improve his health.

Higginson believes his improved mindset is also working for him. Along with changing his health, the stay in Mexico also changed his attitude. He’s learned to get rid of as much stress as possible.

“The little things that bug the crap out of you really mean nothing,” says Higginson. He helps keep his mood up by watching feel-good movies with hopeful endings.

“If we could afford it, we would go back to Tijuana (to the ITC),” says Higginson. “It would have made a difference if we could have stayed another three weeks.”

The Higginsons went into debt financing the treatment at ITC. They were able to raise about $20,000 through a GoFundMe page, on which they posted updates throughout their stay at ITC. Other fundraisers were held by Manon’s sister, Suzie Nantel, and by La Binerie, Julie Forget, and others. The Higginsons had to borrow an additional $30,000 to cover their expenses.

None of the ITC treatments are covered by Ontario health insurance, nor are any of the alternative therapies Higginson is pursuing in Canada.

Chemotherapy is the only option mainstream medicine offers at this point. Higginson hasn’t ruled chemo out, but is hoping to avoid it. While he thinks the six cycles of chemo he had during the summer provided some help, he found side effects a problem.

“It (chemo) is poison you’re putting in your body,” says Higginson. He prefers working toward making his body as healthy as possible, believing his body is fighting a war on the cancer. He hopes each subsequent CT scan will show the holistic treatments are being effective.

The Higginsons know there’s no guarantee of a cure.

“I do believe what I’m doing right now is working,” says Higginson.