Twenty people charged as police round up car theft ring in Ontario, Quebec 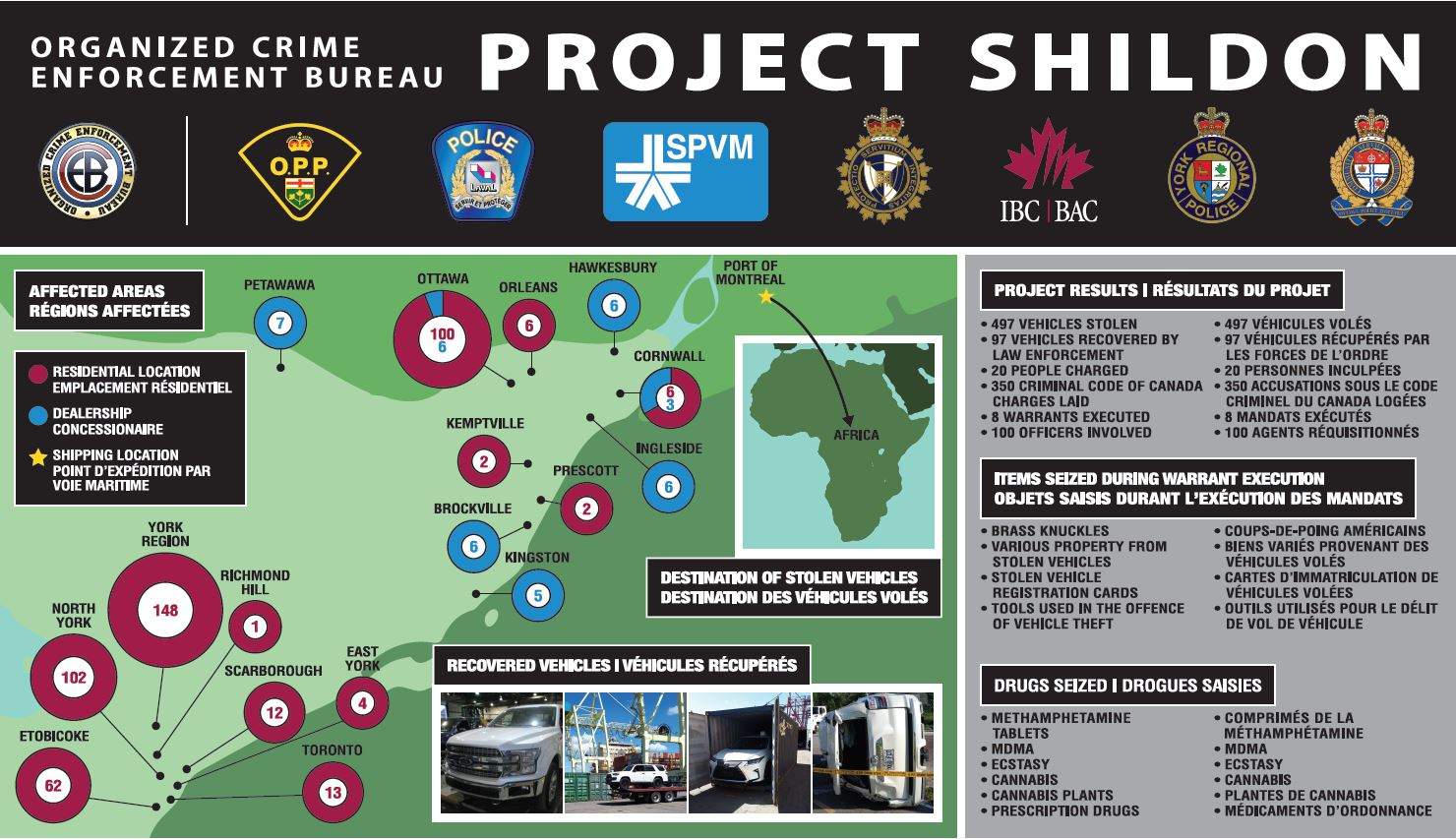 Several Quebec residents are facing numerous Criminal Code of Canada charges following a multi-jurisdictional investigation into hundreds of high-end vehicle thefts throughout Central and Eastern Ontario and into Quebec.

Ontario Provincial Police (OPP)-led Project SHILDON began in June 2019 in response to a series of vehicle thefts occurring throughout Central and Eastern Ontario. These thefts occurred at vehicle dealerships and residential areas, including vehicle owner’s driveways. The accused orchestrated a highly organized operation with multiple people involved in each vehicle theft, with the goal of exporting the stolen vehicles in shipping containers overseas through the Port of Montreal.

During the course of the investigation, the investigative team were able to recover 97 stolen vehicles and interrupt their shipment overseas. Investigators seized numerous items during the execution of the search warrants including items stolen from vehicles and a variety of controlled substances including methamphetamine tablets, MDMA, cocaine, ecstasy, cannabis and cannabis plants. In addition, police seized tools the accused utilized to gain entry to vehicles and replicate key fobs.

Twenty people have been charged with 350 offences, including charges related to the Criminal Code of Canada and the Controlled Drugs and Substances Act (CDSA). (SEE THE PROJECT SHILDON – ADDENDUM OF CHARGED PERSONS on the Project SHILDON Media Kit Page).