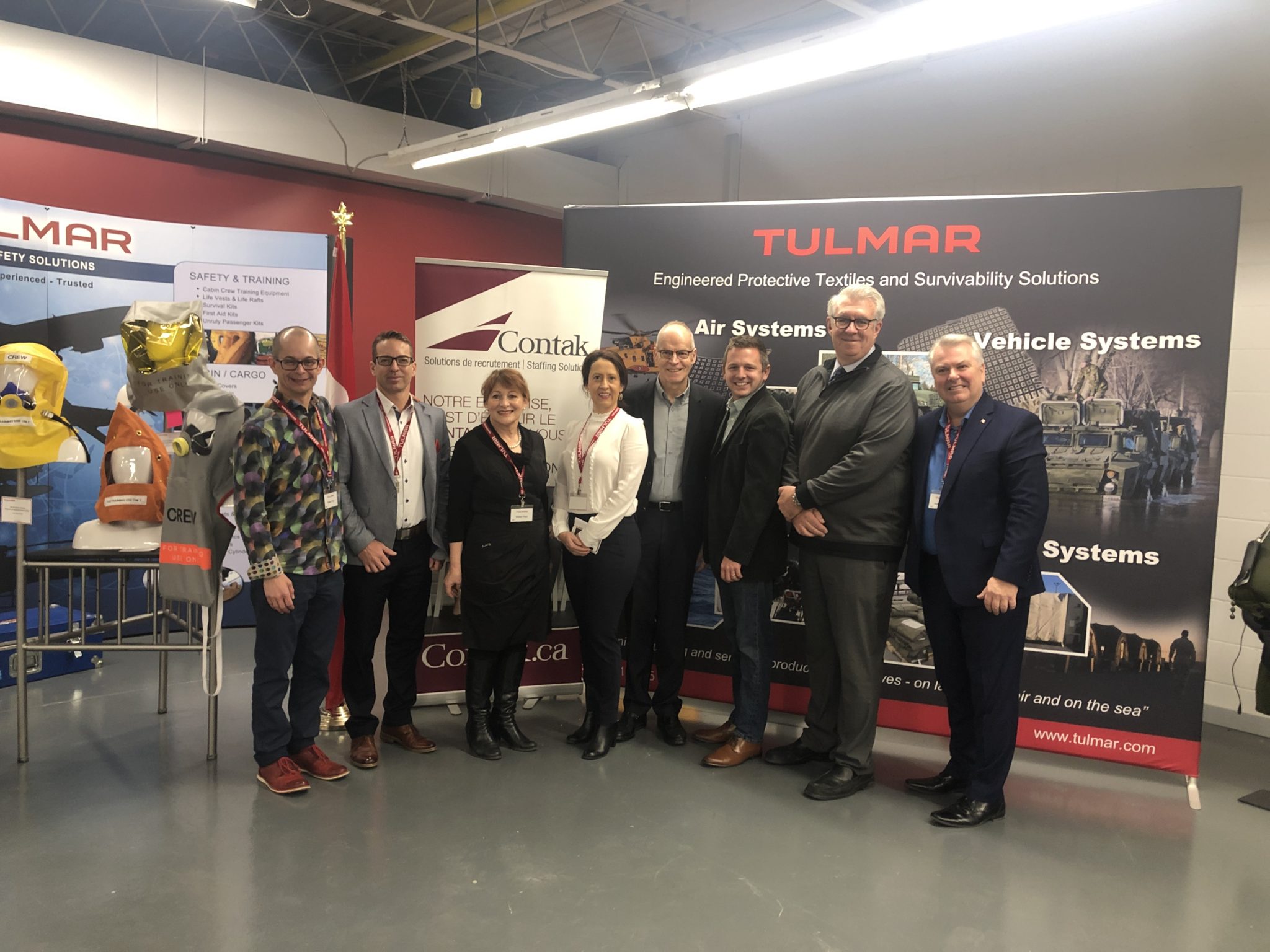 This week, $306,153 in funding from the federal government was announced for local businesses to spur innovation and ensure job creation in Prescott-Russell.

Francis Drouin, Member of Parliament for Glengarry-Prescott-Russell, announced the funding on behalf of the Honourable Mélanie Joly, Minister of Economic Development and Official Languages.

“The FedDev Ontario investment, made through the Rural Eastern Ontario Innovation Initiative, will have a direct impact on job creation and growth opportunities for these businesses,” said Éric Drouin, Chair of the Prescott-Russell Community Development Corporation.

Tulmar Safety Systems Inc. received $65,000 to be used for a project with a total cost of $130,000. The company will be able to increase its production capacity through 3D welding on inflatable products and protective covers for the federal National Defense department and commercial air carriers and will be able to increase international sales. Four new jobs will be created at the Hawkesbury business, which supplies products and services to the Montreal/Mirable aerospace cluster, which includes Bombardier, Air Canada, CAE, Air Transat and Pratt & Whitney, as well as AIRBUS and Boeing. 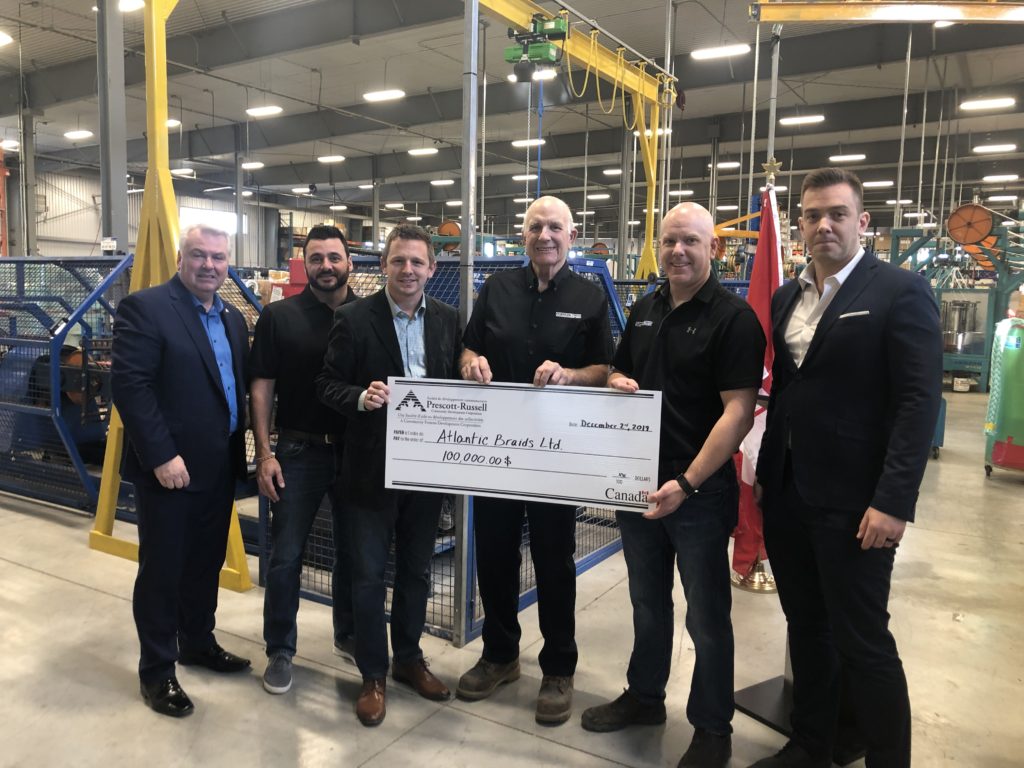 Atlantic Braids of Chute-à-Blondeau will receive $100,000 for a $300,000 project involving the acquisition of a new rope machine, setting it apart from competitors and contributing to the expansion and growth of the company.

Atlantic Braids of Chute-à-Blondeau will receive $100,000 towards a $300,000 project to acquire a new rope machine that would be the only one of its kind in Canada and would contribute to the growth and expansion of the company. Between five and 10 permanent jobs will be created in the short and medium-term and the initiative will result in a minimum growth of more than 10 per cent annually due to new markets to be acquired in Europe and the Caribbean.

Contak Staffing Solutions of Hawkesbury will receive $41,153 for projects worth $82,307; these projects include acquiring an app tracking software )SAAS – service as a software) from which there will be an automatic process orchestrating the work flow and optimizing execution time between different Contak business units (between the front office and the back office) whether with candidates or client/customers. It would always be available to the entire team on any device connected to the internet.

The new software will mean that Contak can compete with its urban counterparts. 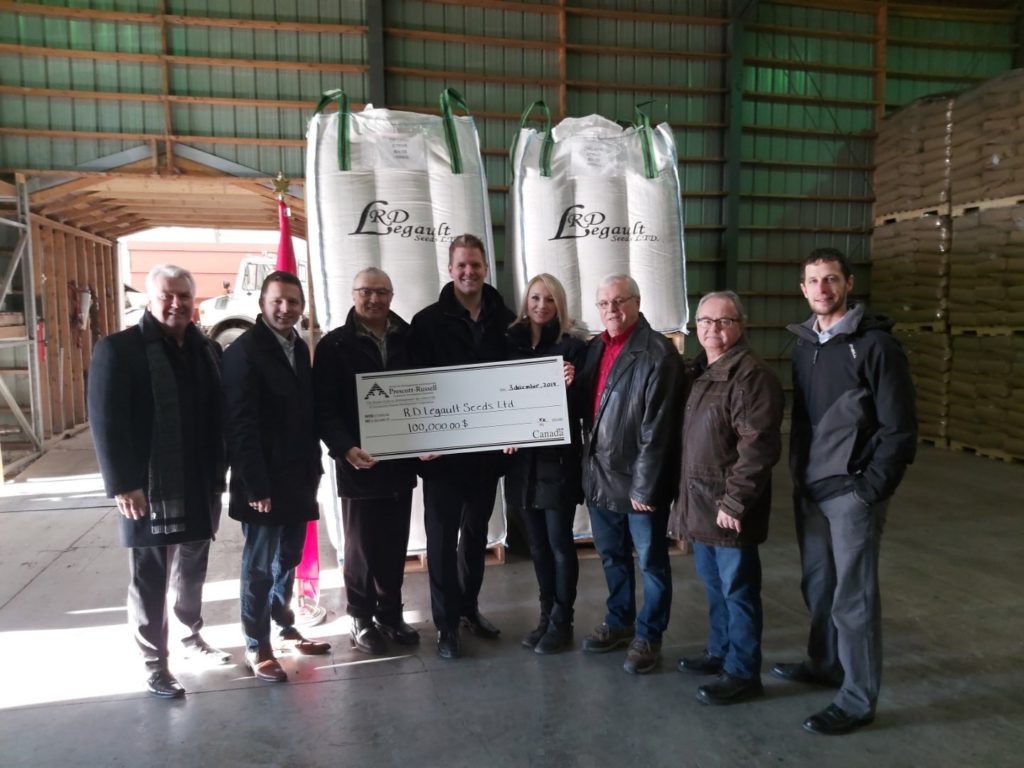 R. D. Legault Seeds Ltd. of St-Albert will receive $100,000 to be used for a $500,000 project will involves adding equipment in order to increase the production capacity as well as the efficiency of the company. Equipment such as an automatic packing line, adding silos and modifying the soy bean system will help the company meet the growing demand and will enable to the company to be more competitive and to maintain its existing markets.

This initiative will create between two and four permanent short and medium-term jobs for people in the region. The automatic bagging system will allow the company to drastically increase the work efficiency and will ensure continuous growth and create significant local impact, because the majority of soybeans are purchased and contracted by R. D. Legault from farmers in St-Albert, Crysler, Embrun, Russell, Casselman, The Nation, Marionville and Stormont, Dundas and Glengarry.