Find out how to help in your community: Guignolée and Christmas basket season is here 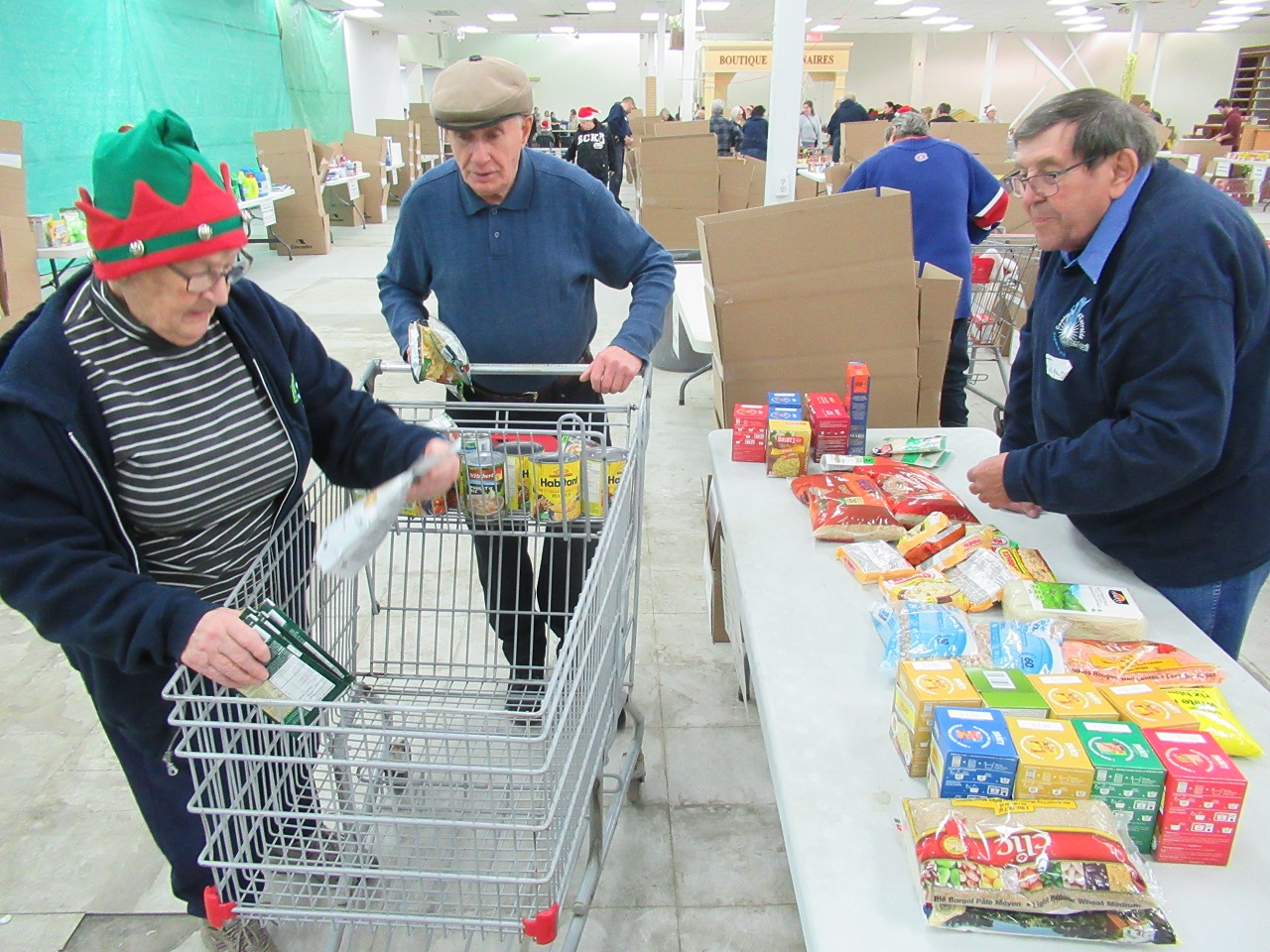 The Christmas season is approaching, and that means local food banks and community organizations are into the season of food drives, guignolées, and preparing food baskets for residents who request them.

She said usage was down this year at the food bank, but the facility has been seeing about 72 clients.

“I take anything at all,” Howes said.

Donors are also choosing a child in need from the Christmas Tree at Nicko’s Resto Bar; those who want to help choose a child identified only by age and gender (with support from the Vankleek Hill Food Bank) and can shop for an unwrapped gift which can be left at Nicko’s — this holiday tradition has been ongoing for years. The Champlain Public Library is organizing the Book on Every Bed program, which offers the chance to purchase a children’s book and deliver it to the library, which will ensure that every child in need receives a new book for Christmas.

However, donations are down in Hawkesbury as the local guignolée season begins.  Bierma attributes that to the rising cost of food for people who make donations.

“Right now, anything breakfast,” was Bierma’s answer when asked what the Hawkesbury food bank needs the most right now.  She specifically mentioned cereal and oatmeal, but also said canned meats are also appreciated.

An average of 200 to 300 people use the food bank in Hawkesbury during the winter months, according to Bierma.  She said cash donations are also welcome because they make it possible for food bank staff to buy whatever items are specifically needed at a time.

The deadline to apply for a Christmas food box from the Hawkesbury Central Food Bank is November 29.  For more information, call 613-636-0666.

The L’Orignal Guignolée takes place on November 25 and is organized by the village’s firefighters and Knights of Columbus.  The L’Orignal Food Bank is also looking for volunteers to help during the holiday season.  To find out more, call 613-675-1999.

In Alexandria, the food bank is operated by the St-Vincent-de Paul Society.  Terry Tuppert, who runs the food bank, said support for the facility remains stable.

“Glengarry County is a really generous county that really looks after its own,” he said.

The food bank in Alexandria is available for residents of Glengarry County only and has served approximately 280 families this year, according to Tuppert.

He said donations of canned soups, sauces, vegetables, and juices are always welcome.  Businesses and other organizations in the community donate meat and fresh vegetable items.

The Alexandria food bank is taking applications for its Christmas baskets until December 18.  To register, call 613-525-0941 and leave a message.

Lachute held its city-wide guignolée on November 16.  The former Patrick Morin store on Rue Principale was transformed into a warehouse for receiving and sorting items for the Centre d’entraide d’Argenteuil food bank.  The centre’s Louise Desrochers said 200 volunteers were taking part throughout the day.

Desrochers said usage is up slightly at the food bank and approximately 500 people have used the facility this year.

Food donations were being collected door-to-door and at other places in the community by members of clubs and organizations.

The deadline to register for a Christmas basket from the food bank in Lachute is December 2.  To register, call the centre at 450-562-5151 or visit the facility at 171 Rue Mary in Lachute.

Sainte-Trinité church is organizing the guignolée and Christmas baskets for residents of Brownsburg and Pine Hill.  Registration for baskets takes place on November 21, 22, and 29 and on December 6 from 9 a.m. to 11 a.m. at St-Louis-de France church in Brownsburg.  Applicants are required to pay a $5 fee.  Guignolée day itself is December 14.  For further information, call 450-533-6314.

The community aid group in St-Philippe is also collecting items for Christmas baskets for residents in need.  The deadline to apply is December 7 and the baskets will be distributed on December 21.  To register, call Chantal Servant at 450-660-2273. 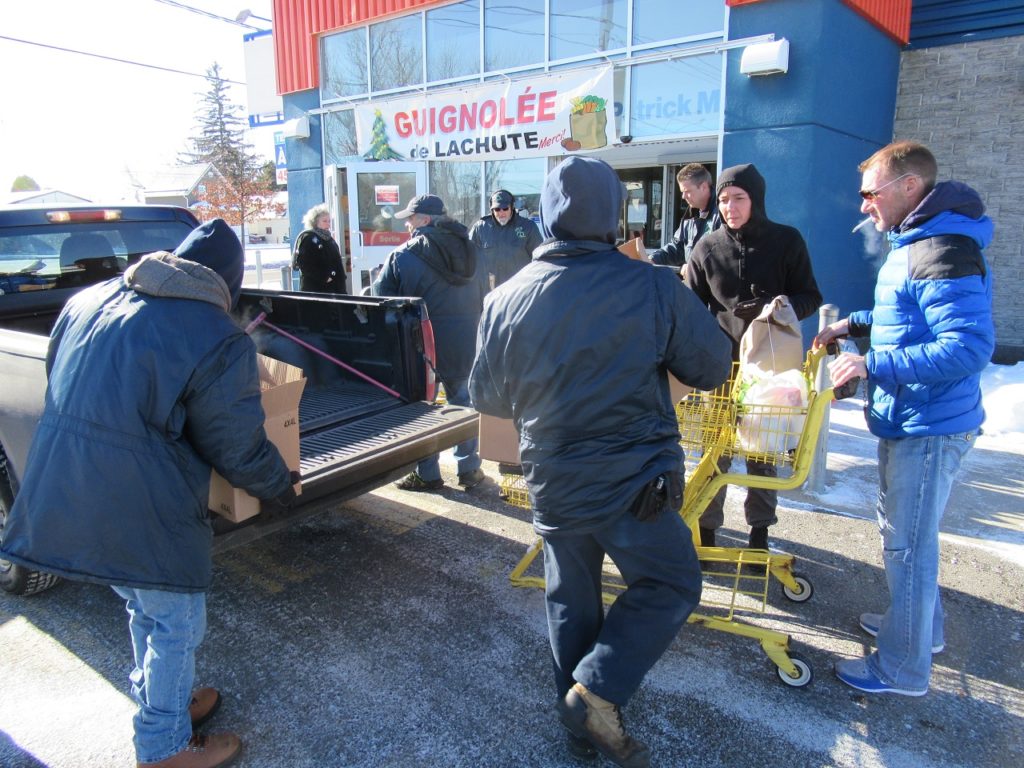 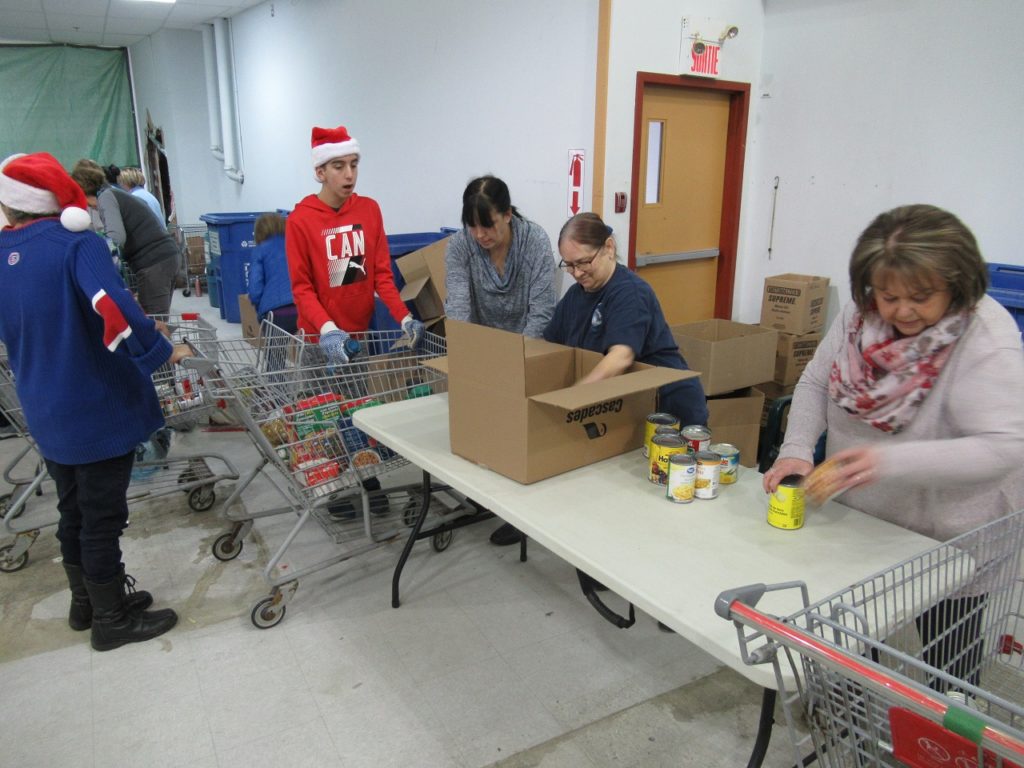