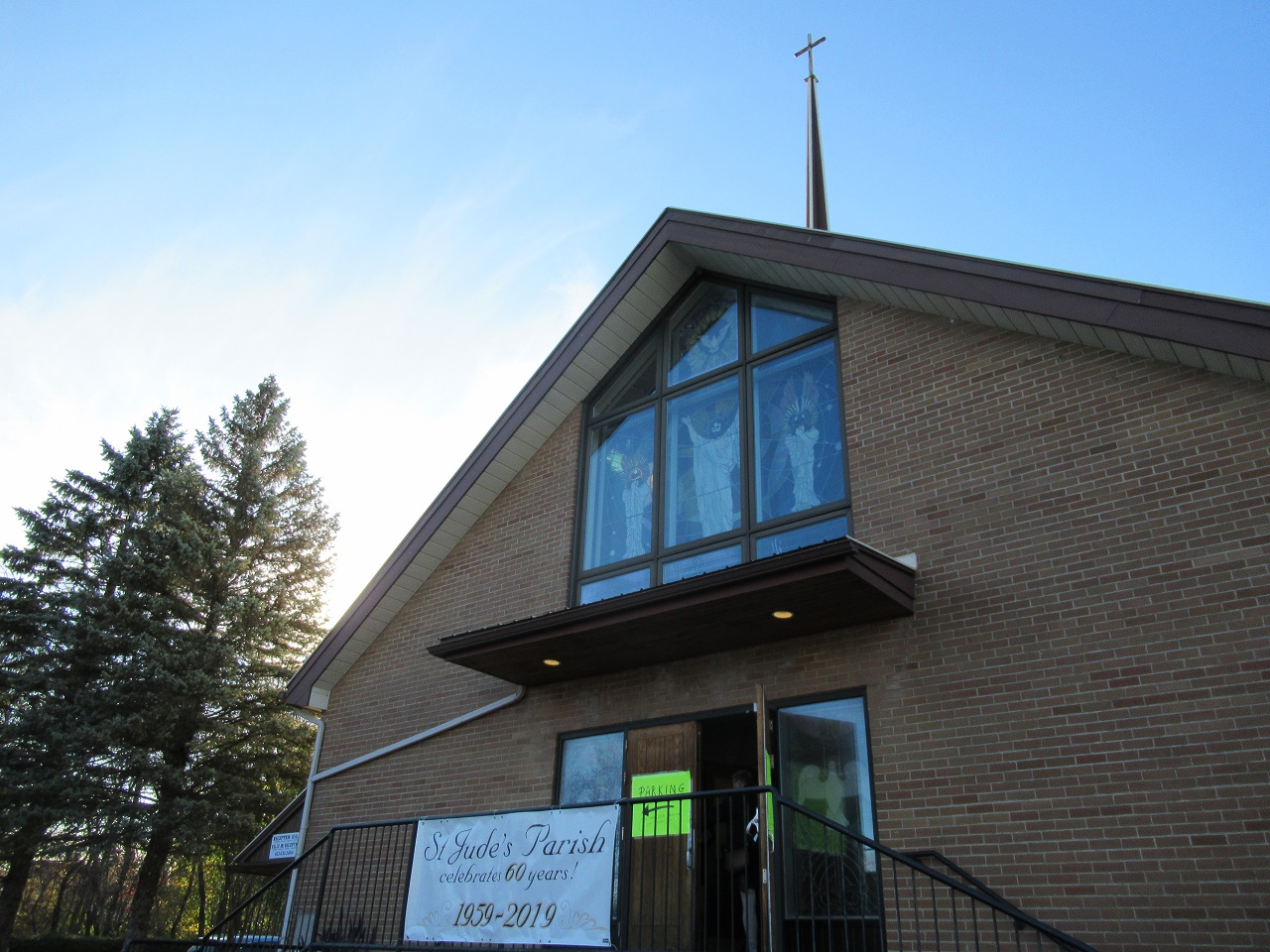 It was a special celebration Saturday for St. Jude’s Roman Catholic Parish.

The church located at the corner of Geneviève and Bon Pasteur Streets in Hawkesbury celebrated its 60th anniversary on October 26.

St Jude’s is the only English-language Roman Catholic parish in Hawkesbury and just one of three in Prescott and Russell counties.  It was founded in May 1959 by six anglophone Hawkesbury businessmen who wanted their families and themselves to be able to attend Mass and have a church community in English.  The church building, which includes an attached residence for the priest, was built in 1959 and the first official Mass in the building was celebrated on December 13, 1959.  Father Peter Garland was the first priest to serve at St. Jude’s.  Since then, 19 other priests have served the parish.  The current priest is Father Alexis Ruzibiza, who has been at St. Jude’s since 2017.  Several of the past priests attended Saturday’s celebration.

The Reverend Father Guy Desrochers, Auxiliary Bishop of the Diocese of Alexandria-Cornwall presided at Saturday’s mass.  St. Jude’s is part of the Archdiocese of Ottawa, but Alexandria-Cornwall is in the process of being merged into the Ottawa territory.  The church was full of present and past parishioners, and visitors from religious orders, including the mother superior and sisters of The Ottawa-based Queenship of Mary, which is planning to begin building a new convent near Plantagenet in 2020.

A dinner was held in the gymnasium at St. Jude Catholic School in Vankleek Hill following mass.  The school is affiliated with the parish and opened in 1990.  Students from St. Jude School and from St. Francis Xavier Catholic High School in Hammond also participated in the mass. 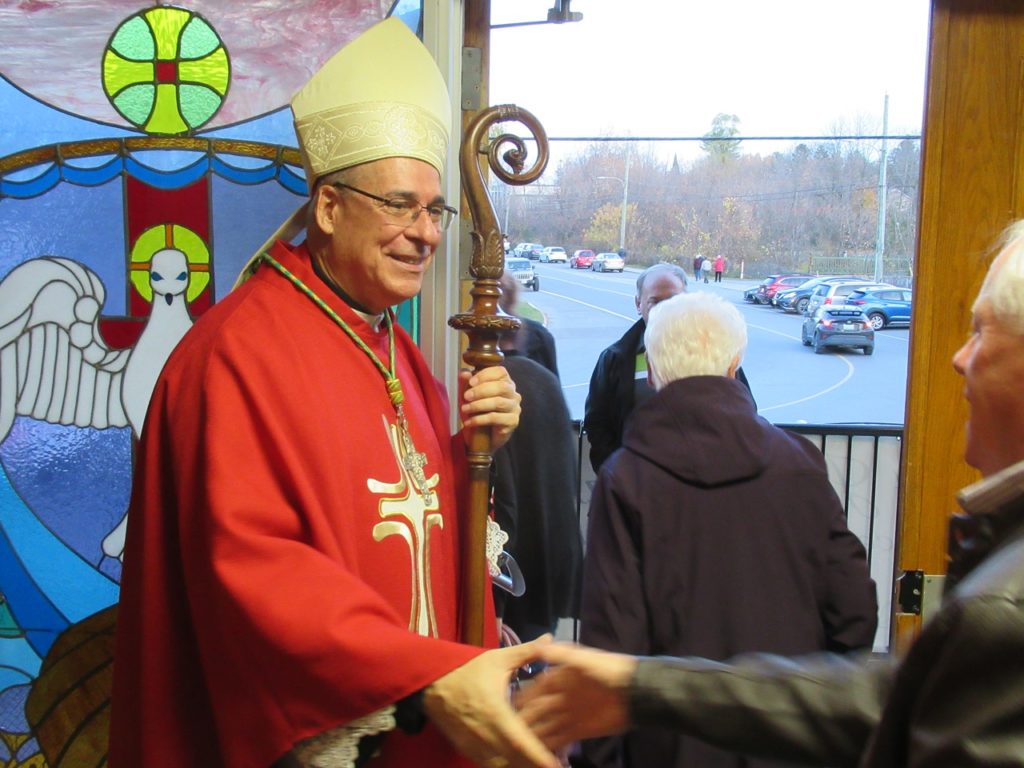 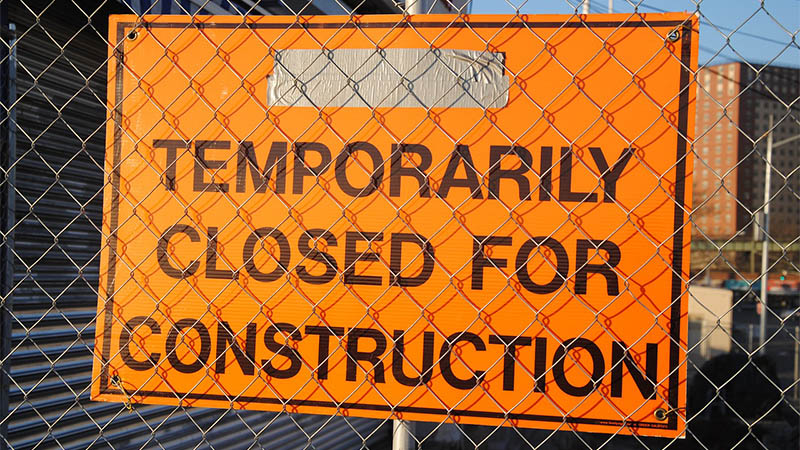 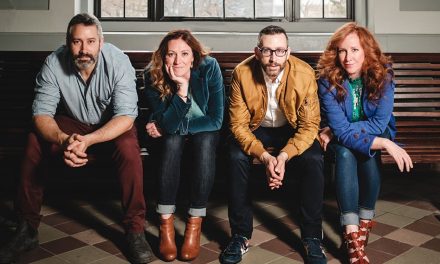 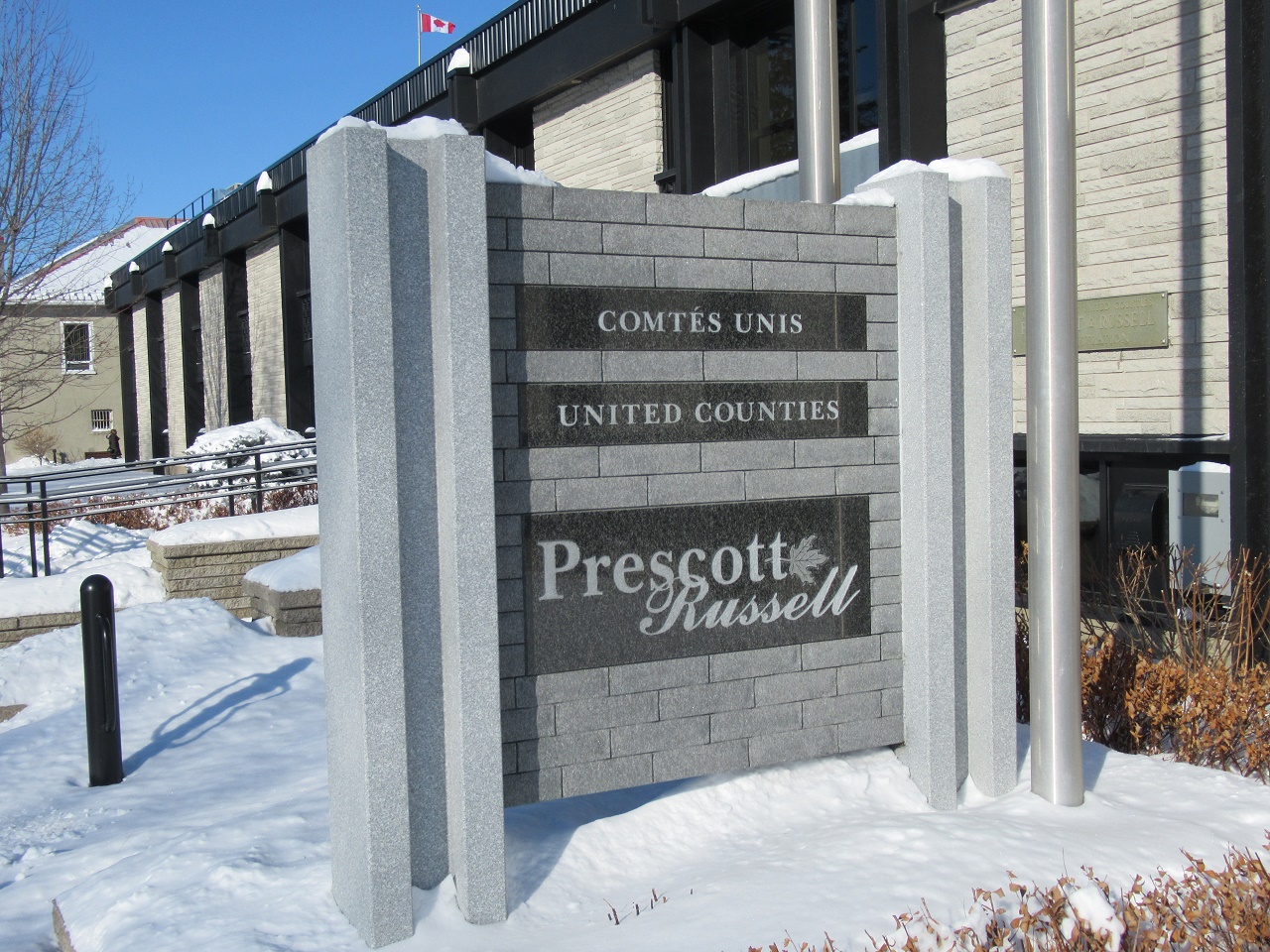