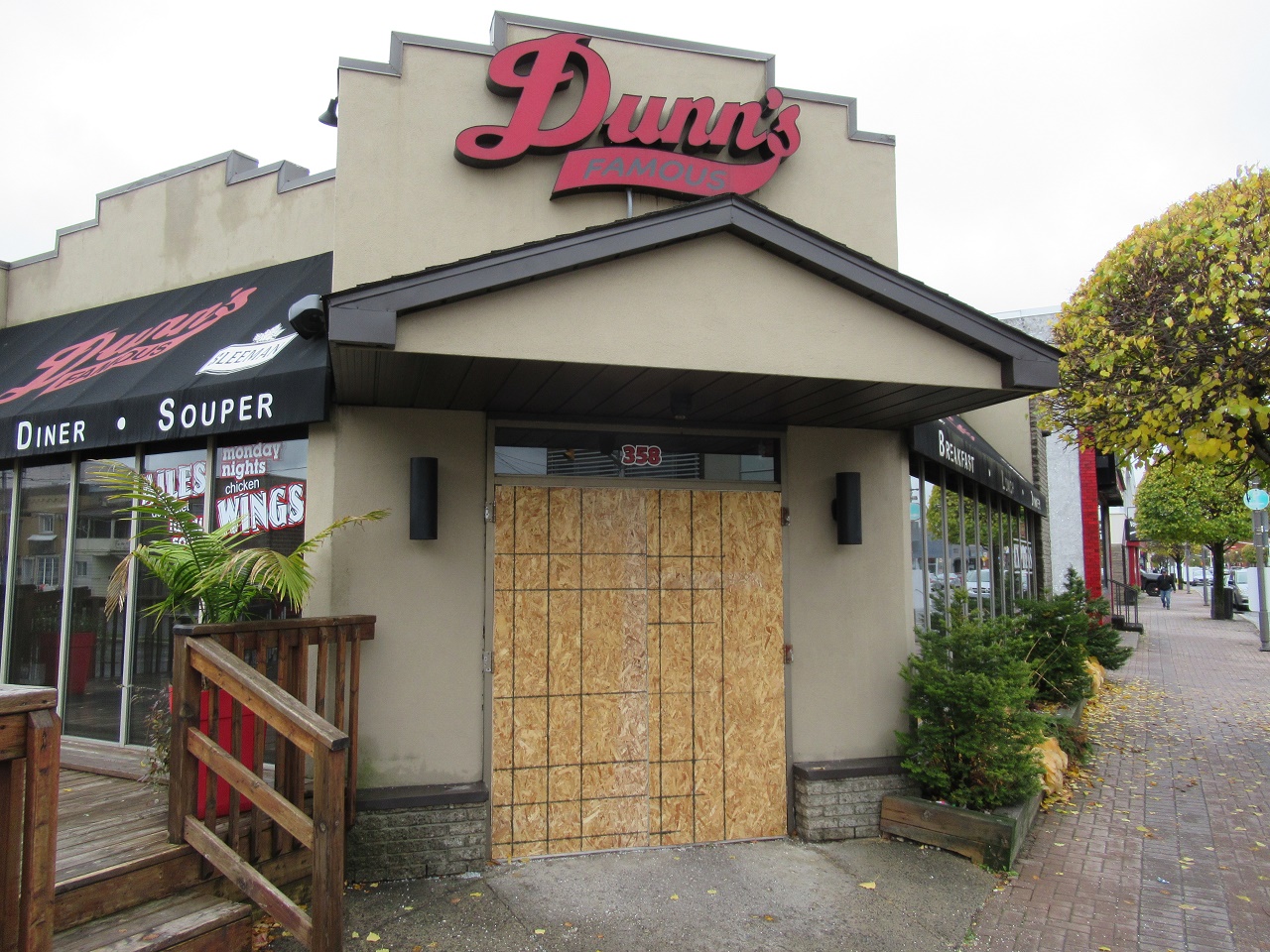 According to Hawkesbury Fire Chief Daniel Gascon, a passerby called 911 at 4:14 a.m. and reported smoke at the Joe’s Bar & Grill (formerly Dunn’s Famous, Hawkesbury) location at the corner of Main and William Streets.  Firefighters arrived and found the restaurant engulfed with smoke which they traced to an office at the back of the building.

The Office of the Fire Marshal (OFM) was contacted to investigate the cause, which is being treated as accidental.  Gascon said material from the building has been taken by the OFM to Toronto for laboratory testing to determine a cause.

There were no injuries due to the fire and the front door of the restaurant is boarded up.  The darkness of the front windows show significant smoke damage.

According to the Joe’s Bar & Grill Facebook page, which thanks the Hawkesbury Fire Department for their courage and service, the business is currently repairing damages and an opening date is not certain.