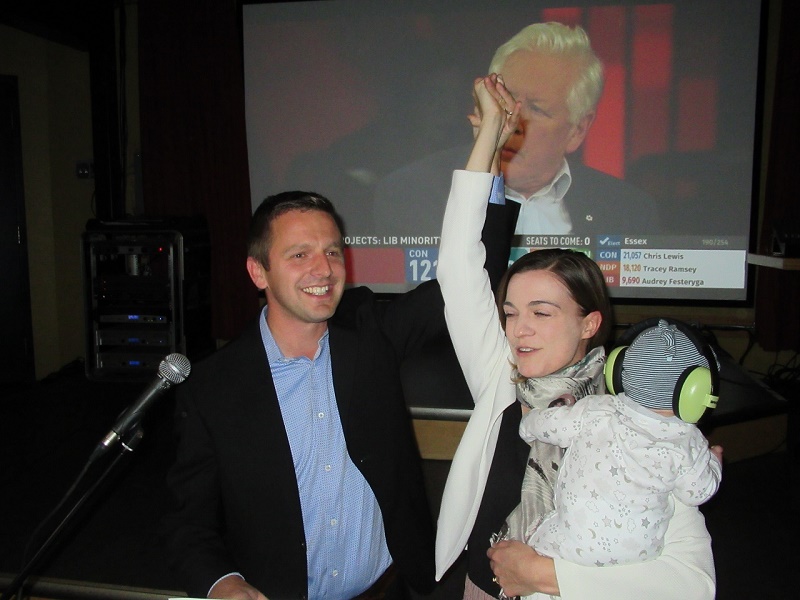 There was a sense of déja vu at the Déja Vu restaurant in Hawkesbury by the end of Monday evening. Liberal supporters from across the region gathered to celebrate the re-election of Francis Drouin as the Member of Parliament (MP) for Glengarry-Prescott-Russell.

But the night had its share of tense moments. After the polls closed at 9:30 p.m., the lead see-sawed back and forth between Drouin and Conservative candidate Pierre Lemieux, who served as MP from 2006 to 2015 when he was also defeated by Drouin in that year’s election.

For nearly two hours, the mood among Drouin supporters at Déja Vu was reserved and it was the same at the Lemieux camp at GABS Restaurant in Rockland. The Liberal and Conservative candidates kept exchanging the lead but were never more than 300 votes apart.  Eventually, after the major television networks predicted first a Liberal victory and then a Liberal minority government nationally, Drouin surged ahead by about 600 votes and remained in the lead until eventually being declared as elected, and there was a noticeably more optimistic mood in the room.

An ecstatic Drouin arrived at the restaurant with his wife, Kate Forrest, and their baby son.  He made his way to the podium at the front of the room and thanked the voters, campaign staff, and volunteers who helped make his victory possible.  He thanked his family, but also what he called his extended Liberal family of supporters and friends.

Drouin routinely referred to his commitment to constituents throughout his remarks and pledged to continue to listen to people and work harder than before for the district.

“Collaboration is key,” said Drouin, when asked about what to expect as a member of a minority government, rather than the majority the Liberals held in the House of Commons for the past four years.  Drouin said he has worked with Conservatives and New Democratic Party MP’s in the past on legislation and initiatives he supported and looks forward to working with members of other parties again.

On local issues, Drouin said his priorities will be continuing the effort to bring better rural internet service to the riding and defending official language rights and services for residents.  He also said respect for the federal public service is important and referred to concerns he heard from voters about the faulty Phoenix pay system that has left many federal employees without proper pay for nearly four years.

When asked what new responsibilities he may have during the next parliament, Drouin said no matter what additional roles he may take on, his first commitment is to the riding he represents.

“My first responsibility is to my constituents first and foremost,” said Drouin.

With respect to the Liberals slide from a majority to minority, he said he understands and respects what voters decided across the country.

Jean-Marc Lalonde, who represented the riding as a Liberal in the Ontario Legislature from 1995 to 2011, was at the Liberal celebration in Hawkesbury on Monday night.

“It’s a great victory,” he said, noting that it was a hard-fought campaign because of strong competition mounted by Conservative candidate Pierre Lemieux.

“It shows that the people do appreciate what Francis has been doing,” said Lalonde.

He specifically mentioned Drouin’s defence of supply management in agriculture.

The current Member of Provincial Parliament for Glengarry-Prescott-Russell was also in attendance.  Amanda Simard, who sits as an independent following her departure nearly a year ago in disagreement with Premier Doug Ford’s cuts to francophone services, said she has appreciated Drouin’s support during the recent months.  She called Drouin’s re-election good for continuing the work he had already started.

“I think this is great news for the riding in terms of continuity,” said Simard.

Throughout the campaign, the Liberals repeatedly said that a Conservative government led by Andrew Scheer would have resulted in cuts to program and service spending like those made by the Ford government in Ontario.  Simard said dissatisfaction with the Ford government locally likely contributed to Drouin’s re-election.

“I don’t think we can neglect the Ford effect in this riding,” Simard stated.

At press time, results from one poll in Glengarry-Prescott-Russell were still missing. The Elections Canada website shows that Drouin had received 29,991 votes, or 47.4 per cent of the popular vote, followed by Pierre Lemieux with 22,849 votes.  Konstantine Malakos of the NDP was in third place with 6,619 votes, with 270 of 271 polls reporting. 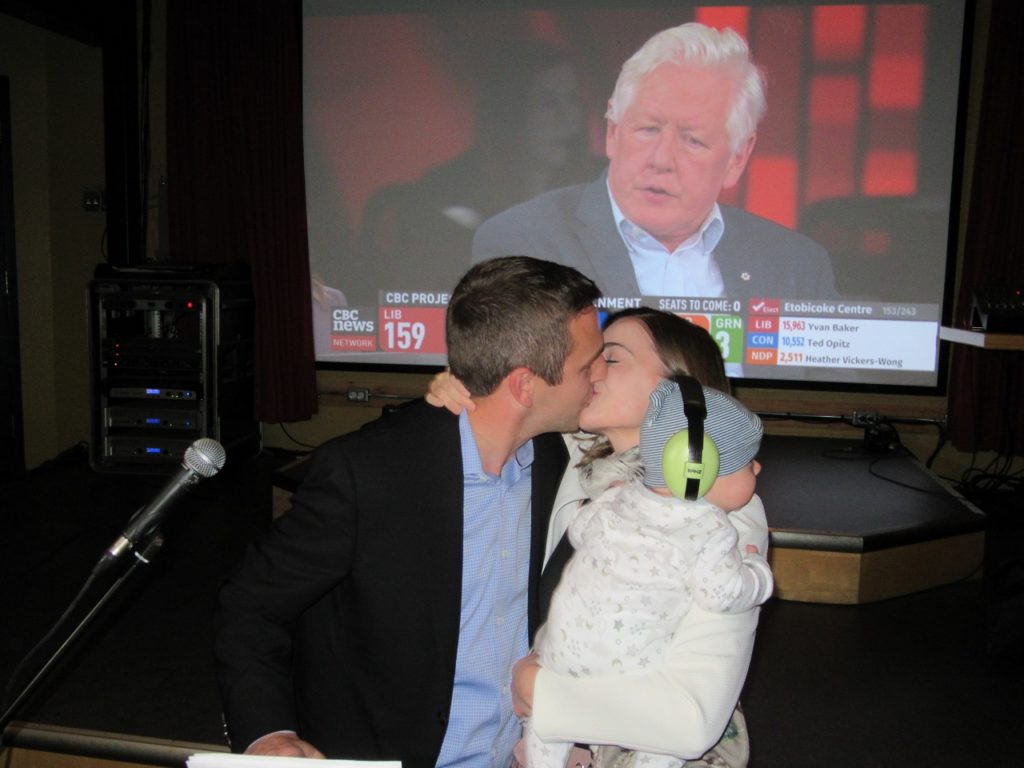 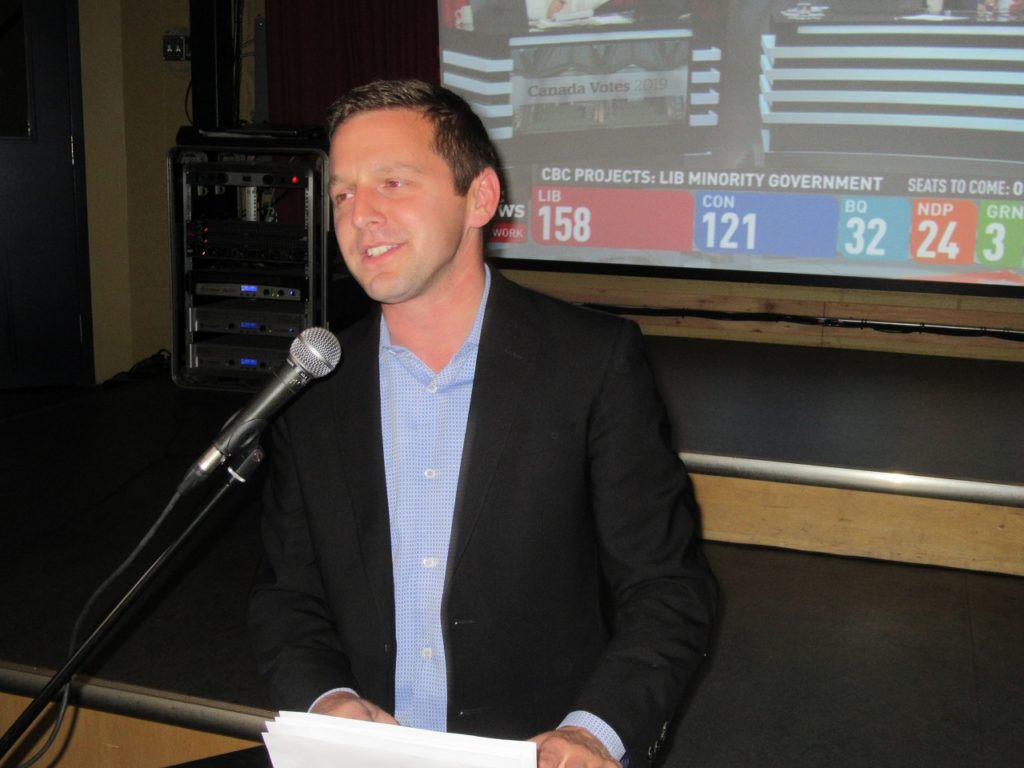 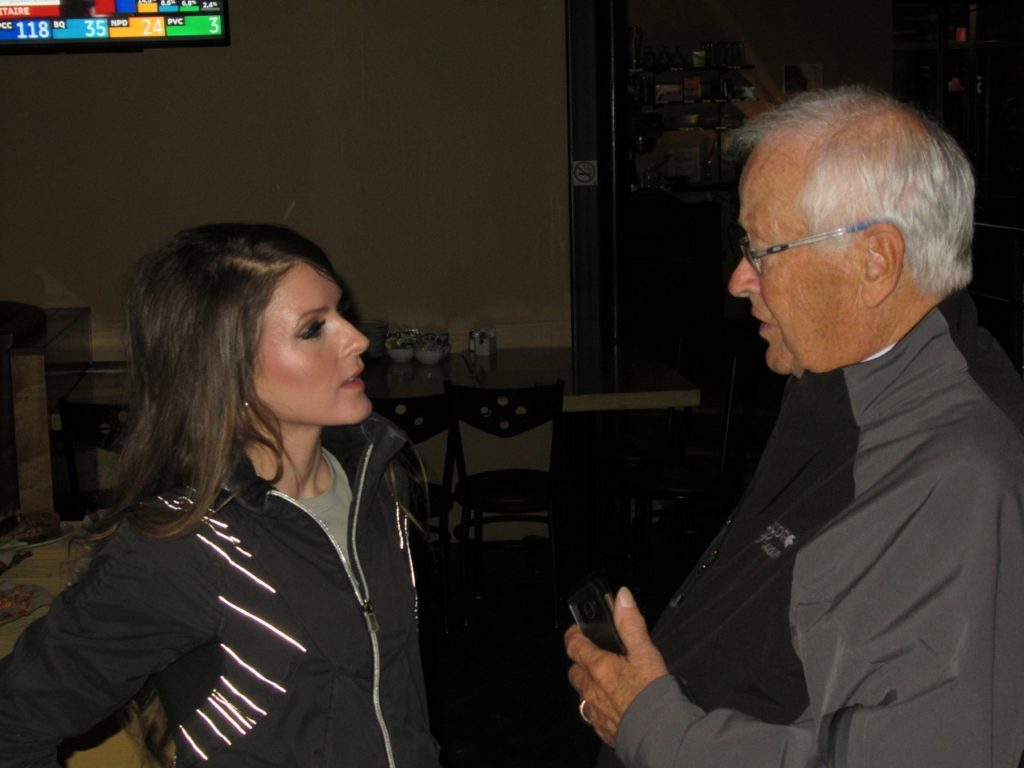