Hawks’ Dovar Tinling to play at world U17 tournament, 2021 Fred Page Cup to be in Hawkesbury 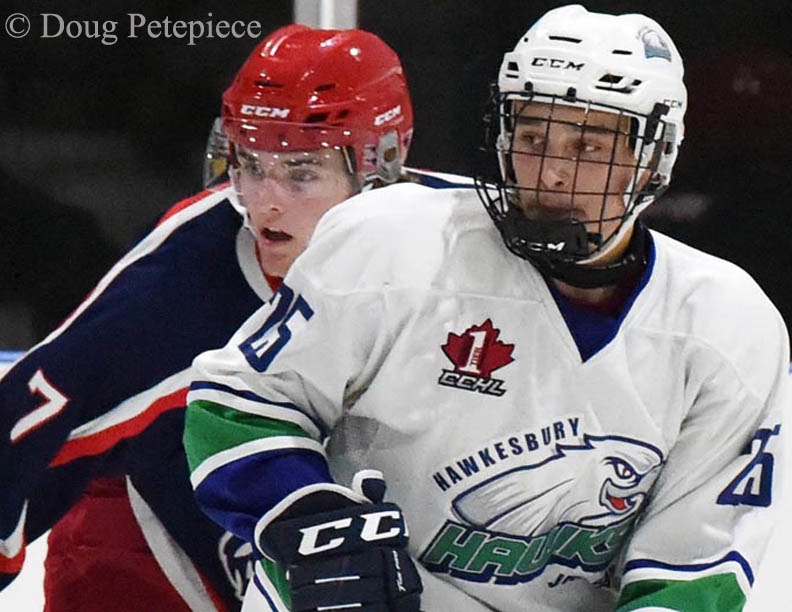 A member of the Hawkesbury Jr. A Hawks is heading to a major international hockey tournament.

Forward Dovar Tinling is one of only three Junior A players to be selected to play on Team Canada at the World U17 Hockey Challenge, taking place from November 2 to 9 in Medicine Hat Alberta, and Swift Current Saskatchewan.

The World U17 Hockey Challenge brings together players under age 17 from other parts of the world.  Canada will have three teams at the event.  Other countries that will be represented are the Czech Republic, Finland, Russia, Sweden, and the United States.

This is Tinling’s first season with the Hawks, and he has been a positive addition to the team, according to Head Coach and General Manager Rick Dorval.

“Adding Dovar in mid-August was a big boost on and off the ice.  His work ethic in practice as a 16-year-old is exemplary and he leads with his work ethic.  He will represent Team Canada well,” Dorval said.

Tinling, who wears #25 on his Hawks jersey is 16 and is from Pointe-Claire, Québec.  The opportunity to play in a tournament like the World U17 challenge is important for young players as they can easily get noticed by scouts from NCAA colleges in the US, and the NHL.

On Sunday, October 20, Tinling scored the only goal in the Hawks away game against the Brockville Braves, which Brockville won, 2-1.