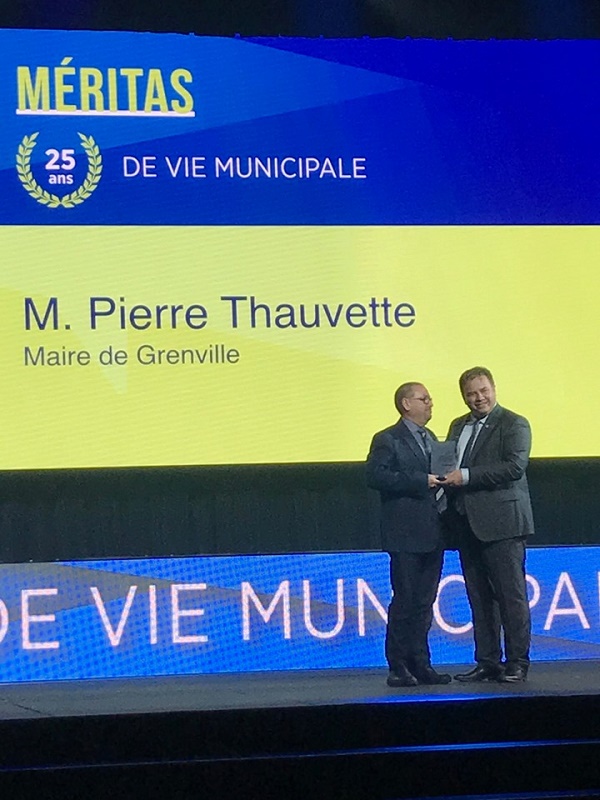 Grenville’s mayor has been recognized for a quarter century of municipal public service.

Pierre Thauvette received an award of merit on Thursday, September 26 the gala of the Fédération Québecoise des Municipalités (FQM) 78th Congress in Québec City for his 25 years as a municipal councillor and mayor.  The FQM is one of the largest municipal organizations in Québec.

Thauvette became mayor of Grenville on March 8 of this year after being acclaimed to the position following the death of former mayor Luc Grondin, who died in November, 2018.  Thauvette had served as a councillor before then.

The mayor retired last year from his job at an auto body garage in the village.