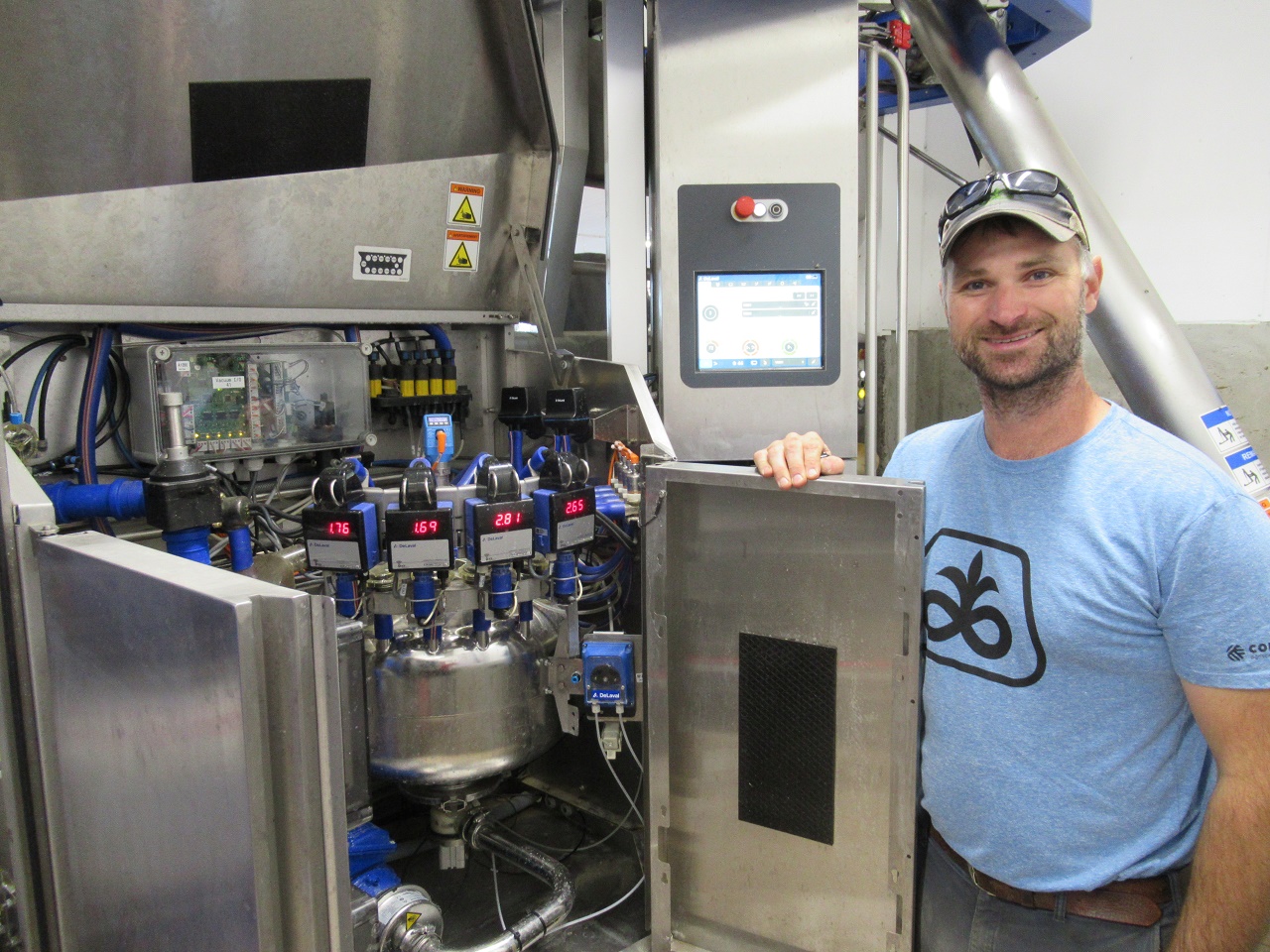 Does anyone remember the Looney Tunes cartoon “Robot Rabbit,” where Elmer Fudd is a farmer and buys a robot to do the chores and keep Bugs Bunny away from his carrot field?  That cartoon was made in 1953, but “wascally wabbits” aside, robots on farms are becoming increasingly common 66 years later.

Starhill Farms in East Hawkesbury is one of those farms where robots are doing a lot of the work these days.  Trevor Cunning returned from a short career in professional hockey in 2009 to run the farm that has been in his family for over a century.  His parents Allen and Janice are still involved with the day-to-day operations of the farm, but Trevor oversees most of the work, which includes milking 65 cows, growing crops on 800 acres of land and doing custom planting, chopping, and combining for other local farmers.  Trevor is also a sales representative for DuPont-Pioneer.

In order to save on the amount of time spent on barn chores and allow Trevor, Allen and Janice to have more leisure time, the Cunnings recently installed two new De Laval B-300 robotic milking machines in their barn when they expanded the facility in 2018.  Each cow has an ear tag that gets read by a sensor when she walks into the machine.  If it determines she is ready to be milked, a robotic attachment goes and does the job that for decades was done by hand. The computer system keeps track of which cows are due for milking. If a cow walks into the machine and it isn’t time for that cow to be milked, nothing happens, and she eventually walks out.  An attachment also cleans the udders.  As a reward, the machine dispenses a sugar pellet for the cow for her obliging behaviour.

The cattle at Starhill live in a free-stall barn and rest on sand bedding.  Trevor explained how different this is from the old days of tie-stall barns with low ceilings.  There’s a constant buffet right in front of the cattle, which is where another of the farm’s robotic functions does its job.  Four times a day, the Rovibec robotic feeding unit follows a track around the pen, dispensing feed and keeping it within reach of the cattle.  The feed is a mix of corn silage, haylage, and dry hay.

There are at least three other farms in the area using robotic milking now.  The machines have also become very common in agriculture-heavy southwestern Ontario.  Trevor said automation has meant much less physical labour and time in the barn for him and his family.  The computer system sends him regular updates on how things are operating to his mobile phone.

Some chores and family roles never disappear entirely though.  Trevor said his mother Janice still likes to help gather the cows each morning.

“I appreciate the fact she can come and do that,” he said.