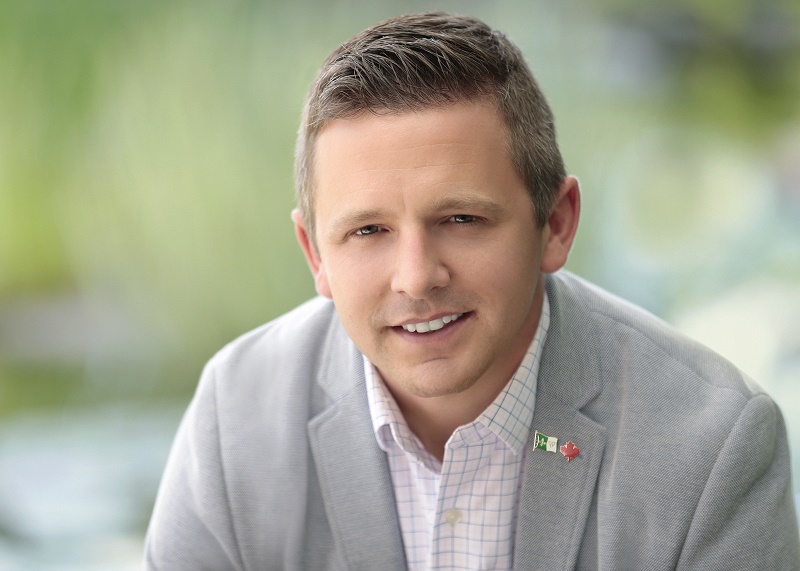 Francis Drouin wants another four years in the House of Commons.  The Liberal candidate for Glengarry-Prescott and Russell was first elected in 2015 as a local example of the nation-wide trend which led to the Liberals forming the government with Justin Trudeau as Prime Minister.

The Liberals are trying to emphasize what they see as the positive things they have done for Canada in the past four years.

“It’s always been about the middle class,” according to Drouin.

He referred to the child benefit program, the increase in the Guaranteed Income Supplement for senior citizens living alone, and measures to address climate change.

The Liberals have introduced a carbon tax in provinces that did not already have a carbon pricing program in place, including Ontario.  Drouin said that the Conservatives, which plan to eliminate the carbon tax if they win the October 21 election, have forgotten to mention that there is a tax credit for Canadians to receive a rebate with an average of $337 per year from the carbon tax they pay.

He also highlighted the middle-class income tax cut the Liberals made which reduced income taxes by 1.5 per cent for people earning more than $45,000 per year, and that the child benefit is now tax free.

Housing, seniors issues, and improvements to rural internet and mobile phone service are other focus issues for Drouin. He referred to an announcement made in July that provides $71 million for internet and mobile coverage across Eastern Ontario.  Drouin said he’s personally tired of having his mobile phone calls suddenly dropped due to poor coverage.

Drouin said some voters have asked him about the SNC Lavalin scandal.  Former Attorney General Jody Wilson-Raybould resigned in objection to alleged interference by the Prime Minister’s Office in the prosecution of Montreal-based engineering firm SNC Lavalin for its ties to the former Gaddafi dictatorship in Libya.

According to Drouin, Wilson-Raybould testified before the House of Commons Justice Committee and stated that nothing criminal was done and that the rule of law in Canada is intact.  He was also an Associate Member of that committee and was the Member of Parliament who moved to have its investigation of the SNC Lavalin situation cease.  Drouin said there was no need to continue the investigation based on what had already been discussed and that the Conservatives and NDP were only trying to prolong it in order to maintain media attention.

Drouin said the $14 billion federal deficit accumulated by the Liberals still puts Canada with the lowest debt to Gross Domestic Product (GDP) ratio among the G7 countries.  He said the government wants to return to a balanced budget but there is a need to invest in infrastructure improvements in order to compete economically with the United States.

Aside from the big national issues, the residents of Glengarry-Prescott and Russell are what matter most to Francis Drouin.

“It’s about helping people, it’s the essence of why I do this,” he said.