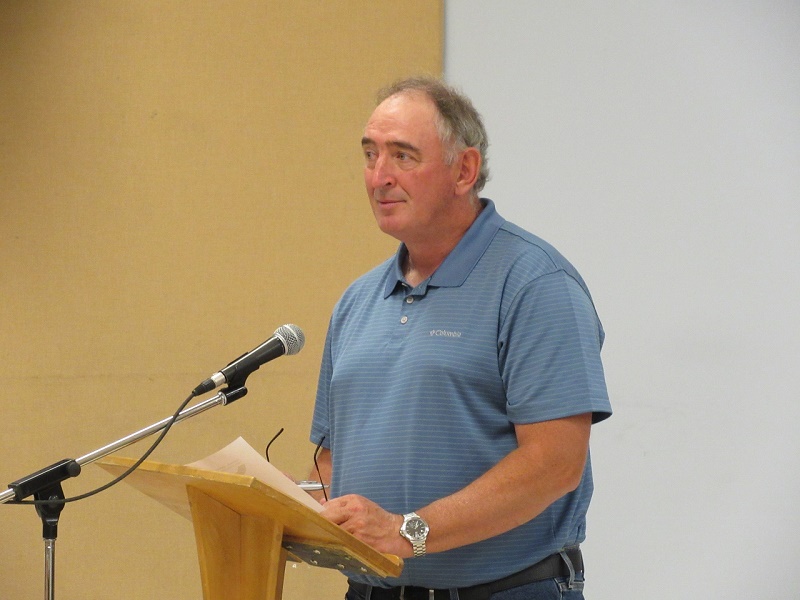 On August 6, the evening before her 18-day suspension began for ethics violations, the Mayor of Brownsburg- Chatham admitted her faults but said she will continue to work for the well-being of citizens once she returns to work.

On July 31, the Commission municipal du Québec (CMQ) issued two reprimands and an 18-day suspension without remuneration to Catherine Trickey for violations of municipal and provincial ethics regulations that occurred from 2016 to 2019.

The violations were for neglecting to declare conflicts of interest, divulging confidential municipal information to a journalist, and for using municipal resources for legal expenses that had not been authorized by council.

At the August 6 meeting, council approved second reading for a series of changes designating properties near St-Philippe, Staynerville, and Brownsburg as agricultural land for indoor, commercial cannabis production.  AAA Trichomes is proposing a new cannabis processing facility on the land near St-Philippe.  The approval comes after months of re-evaluating the plan due to concerns from neighbouring property owners and residents.

In early July, a compromise was reached that mandates the company to use carbon filters to control odours and emissions from the plant, and requiring the facility to be situated no less than 1.26 kilometres from urban areas and the Ottawa River.

Property owners and residents in the area around the affected properties now have the opportunity to request a referendum on the zoning changes.

For a referendum to go ahead, at least 12 residents living within the designated zone must sign a registry at city hall before August 15.

Complete information on the affected properties is available for residents to consult at the Urbanism and Sustainable Development Department at city hall, or online at http://www.brownsburgchatham.ca/wp-content/uploads/2019/07/2019-08-07-avis-approb-refer-v2.pdf

John McCart of Grenville-sur-la-Rouge represents Argenteuil farmers with the Union des producteurs agricoles (UPA) and is also the President of the Québec Farmer’s Association.

“Everything is so new,” said McCart.