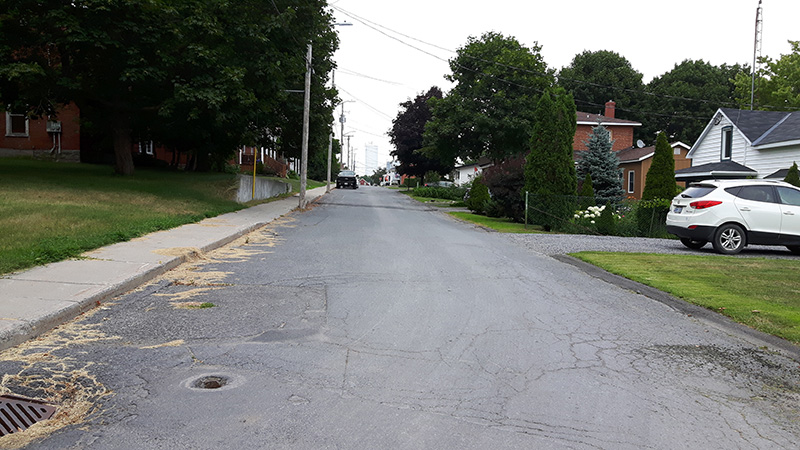 Union Street residents Linda Crawford and her husband, Bryn Burnell have asked for what she calls, “traffic calming measures” for their street but have been turned down by the township.

“People are going way too fast and there are at least three households with children on this street,” Crawford said.

She noted that there were temporary speed bumps on Stanley Street and she knows that speed bumps slow down traffic.

Other neighbours are noticing the increased traffic volume and the speed, she says and have contacted the township to no avail.

The issue is the same as that occurring on streets which afford drivers a way to circumvent High Street construction, which began last year and is scheduled to be completed later this year. Champlain Township installed signs to slow traffic in several places; the signs are installed in the centre of Pendleton Street, which runs parallel to High Street and was being used as a detour around construction. There is also a 40-kilometre-per-hour sign installed in the middle of Mill Street (see below). 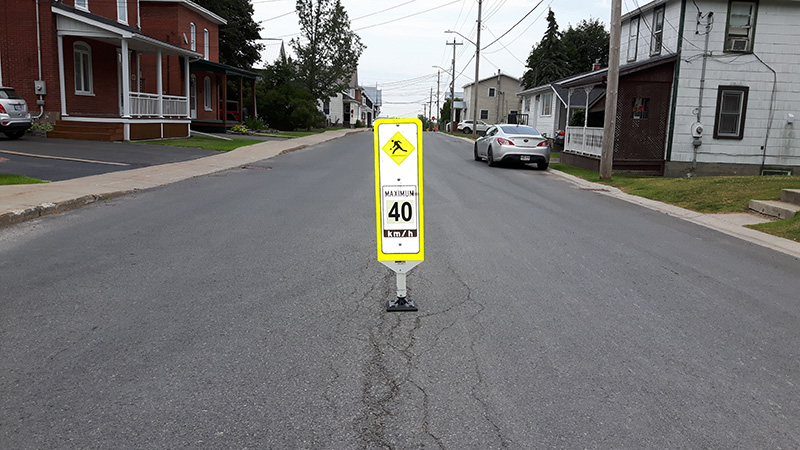 Heavy trucks and construction equipment operators have been told to not use Union Street, which runs parallel to Main Street, according to an email reply sent to Crawford by Public Works Director James McMahon. But he did add that sometimes they have no choice when contractors are doing a certain type of work at the intersections of Mill and Wall Streets.

Public Works will not be installing any type of speed bumps in this area at this time, McMahon said.

In that same email, he said that residents should contact the OPP about speeding vehicles.

The traffic is at its worst between 6 and 8 a.m. and between 4 p.m. and 6 p.m. on weekdays, Crawford said, adding that there were all kinds of big trucks, front-end loaders and more — all using Loch Street, which has a sign advising that no trucks are allowed there.

“This street is very quiet. It is one of the reasons we bought here. We love having the park right behind our house and hearing the kids out playing. A lot of kids go through here on their bicycles,” she said, although she is worried about the traffic and the safety of the children who use that street to get to the park. The couple moved to Vankleek Hill four years ago.

The entire project got off to a late start in 2018 due to issues with one of the contractors not starting the job on time. The project involves installation of a new water main, updates to portions of the town’s sanitary and storm sewers, re-paving, new curbs and sidewalks and closure of Methot Street where it joined High Street, making Methot Street a two-way street, dead-end street.

The closure of Methot Street and the final version of sidewalks were slated for this year, along with a section of work on the water main. Paving remains to be done to complete the $3,688,350 project; most of the costs are being picked up by the Ontario provincial government.