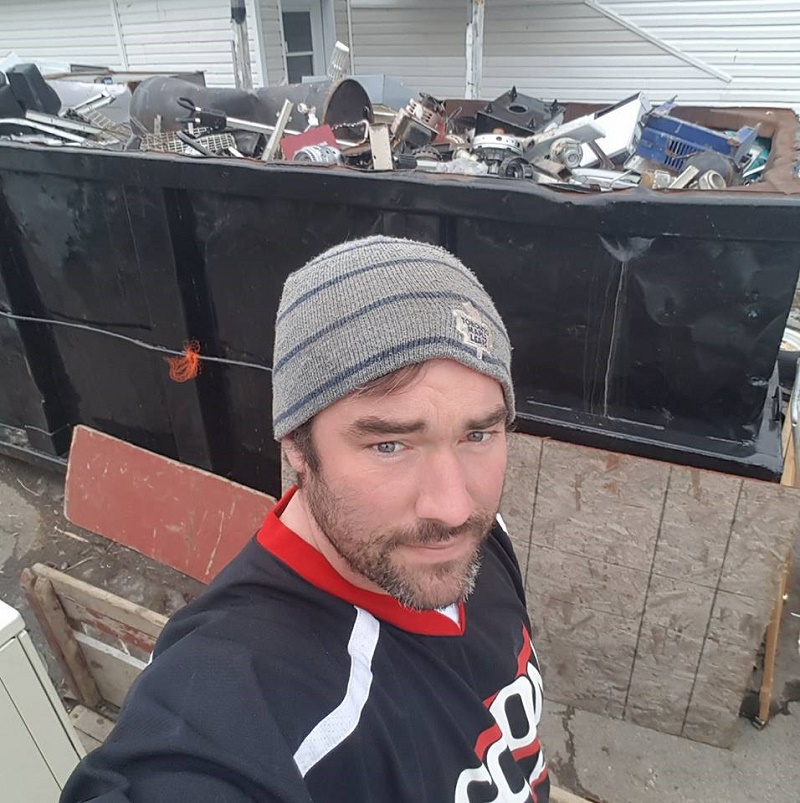 The grieving girlfriend of a man who died in a house fire near St-Isidore last week is hoping to keep his memory alive through a new business.

Jeff Laughren, 36, perished in the fire at his County Road 9 home with 44-year-old David Grant on Tuesday, July 23.

Laughren owned and operated TJ’s Junk Removal aside from his regular job at Ivaco Rolling Mills in L’Orignal.  According to Rachel Duval, his girlfriend, Laughren got along great with her 11-year-old son Joshua Mayer, who enjoyed working side-by-side with him on collecting materials.  Now, Duval and her son want to start their own junk removal business because they enjoyed working with Laughren and want to honour his memory.

“He was very popular, well-known, well-liked, and involved in the community,” Duval said of her late boyfriend.  He enjoyed helping at St-Isidore’s annual Festival du canard et de la plume, helping people in need, and would collect scrap metal for the municipality.

“My son called him his best friend,” was how Duval described Mayer’s relationship with Laughren.

“They really cared about each other a lot,” she added.

Mayer enjoyed taking apart electronics Laughren had collected so that the valuable metal contents inside them could be sold.

Duval explained that Laughren liked to focus on the components of scrap materials which were valuable and remove them before selling, rather than taking large volumes of material to a scrapyard and getting paid by volume.

“He had a passion for it for sure,” she said about the close attention Laughren paid to scrap collection.

The scrap and junk business is highly competitive, according to Duval, but she is going ahead with planning and securing financing to start the business.  The bond between her son and Laughren grew particularly strong during the weeks before his tragic death.  Duval said it increasingly seemed like the three of them would one day be working together doing something they enjoyed.

In the meantime, a GoFundMe campaign has been set up for David Grant. In just two days, more than $18,000 has been raised. Grant and his wife had four children. See the David Grant Memorial page here.