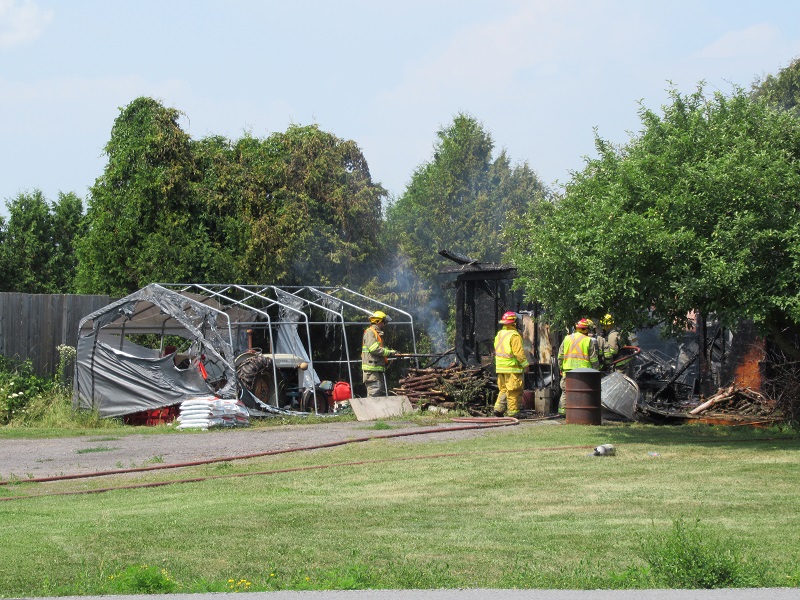 East Hawkesbury and Vankleek Hill firefighters at the scene of a fire that destroyed a garage on County Road 10 on Friday afternoon. Photo: James Morgan

Mario Lauzon had just finished mowing the grass on his property near Highway 417.  He had parked the tractor in the garage and gone in the house to clean up, according to his wife Laurette.

The building was soon engulfed in flames but the Lauzons did not notice from inside their house.  Someone driving by on the road noticed, called 9-1-1 and then knocked on the Lauzons’ door to tell them about the fire.

Firefighters from East Hawkesbury and Vankleek Hill responded.  Traffic was down to a single lane on County Road 10 and the OPP was at the scene to direct drivers through safely.

Laurette said another woman stopped to offer to take in the Lauzons’ dog while they were out of their home.

“There are such good people around here,” Laurette said, while she watched firefighters applying water to the remains of the garage.

She also appreciated the support of her next-door neighbours, Roberta and Ralph Hall, who were with her on the front lawn of her home.

The Lauzons did not have the opportunity to get the name of person who called 9-1-1 but Laurette wanted to show her appreciation to the person.

“Thank you so much and God Bless,” was her message to the person.

Laurette did not want to speculate what the cause of the fire was.  She said Mario’s tractor and tools were inside the building.

“He’ll have the greatest loss,” she said.

$6 million over three years to expand coverage of CCTV systems 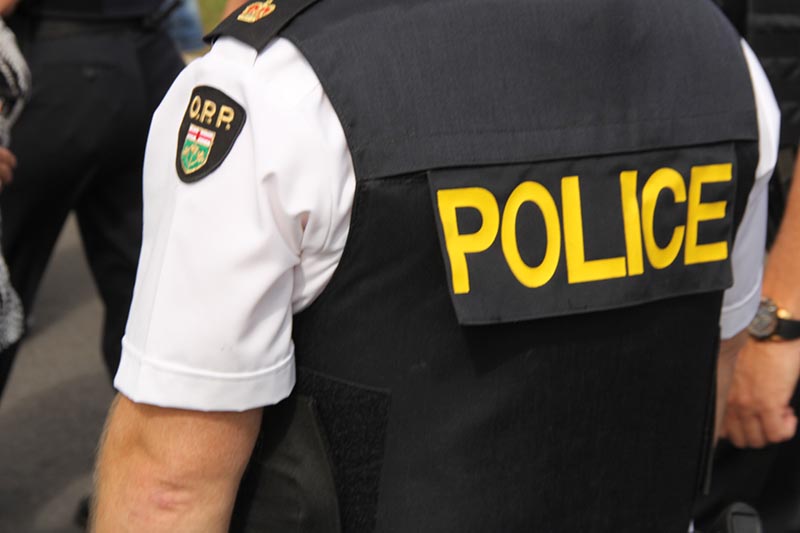