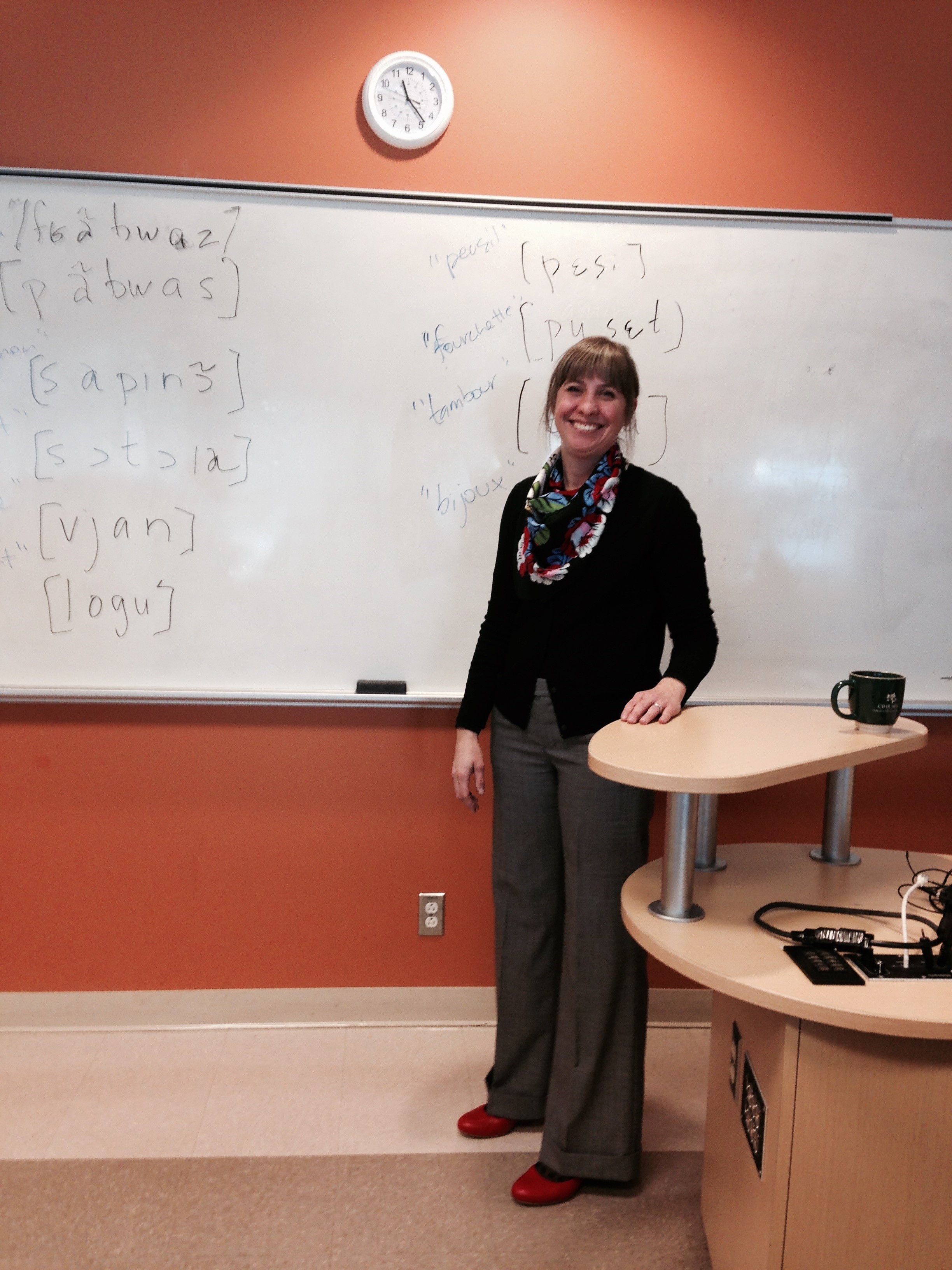 “I enjoy studying languages and I like helping people, so my career is a natural fit,” says Andrea MacLeod of L’Orignal. Bilingualism is an important part of the culture of Eastern Ontario, but Andrea has taken it a step further. She has recently been appointed Chair of the Department of Communication Sciences and Disorders at the University of Alberta.

Andrea has done ground-breaking work on bilingual language development while a professor at the Université du Montréal; she will be pursuing this work at the University of Alberta. Working with community groups and schools, she studies how children learn their home language and the language of school. The goal of her research is to help children integrate better into Canadian life while also strengthening their home languages so they won’t be lost.

She co-founded a student program called Programme StimuLER to help youngsters adapt to their new home. “Often refugee children are more at risk of communication disorders because of their experiences as refugees,” she says. Through this program, she has worked with more than 100 children since 2016, at five schools.

A mother who is a role model

Andrea, a mother of three young children, comes by her leadership abilities naturally. She is the daughter of Helen MacLeod, a local real estate agent who was a Champlain councillor for more than 20 years and a busy volunteer in the community.

“I learned my work ethic and the importance of perseverance from my parents,” she says.

“I was taught to be a voice for change and that volunteering in the community is important.”  She also credits the teachers she had at Ecole St. Jean-Baptiste and at Vankleek Hill Collegiate Institute for encouraging her love of languages. In addition to English and French, she speaks German and has learned American Sign Language.

Andrea has already taught a summer program at the University of Alberta so she is familiar with Edmonton, a city she describes as quite diverse. As she and her family are great lovers of the outdoors and winter sports, they are looking forward to their new environment.