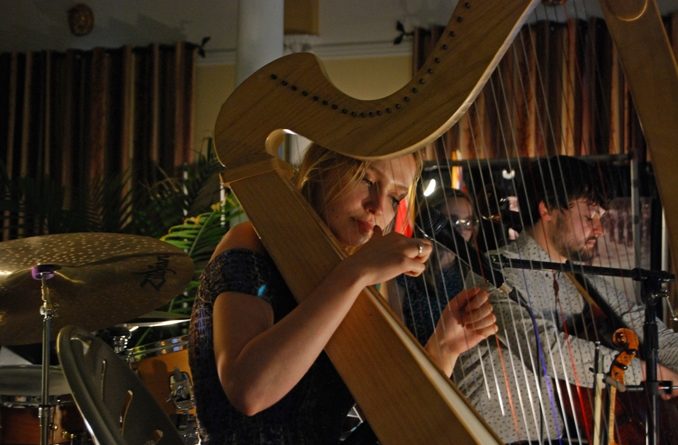 During the evening, the audience was treated to beautifully-rendered performances of music from the CD. Selections included Dumbrille’s popular wartime poems, such as Broken Wing and Deathless Host.

The CD project was spearheaded by Gabrielle Campbell of Alexandria and involved the talents of many local musicians, including The Campbell Trio, The Caddells, and Paddy Kelly. The CD launch was timed to coincide with Alexandria’s 200th celebrations this year.

The launch party, held at Alexandria’s Salle Fraternité, opened with guest speaker Allan MacDonald of the Glengarry Archives. MacDonald presented a synopsis of Dumbrille’s life in Alexandria and her literary works. Dumbrille, who was born in 1897, lived in Alexandria from 1925 until her death in 1981.

Marc Lanthier then took the audience on a whirlwind history of Lanthier Bakery, which is barely a bun’s throw from the hall. Lanthier humorously recounted the bakery’s 87-year history “to the best of his recollection”.

The evening’s focus, however, was the music. From a stage in the centre of the hall, live music celebrated the enduring legacy of Dumbrille’s poetry.

Attendees were able to purchase the Celebrating Dorothy Dumbrille CD at the launch party. The CD will soon be available for general purchase at local outlets, including The Review offices in Vankleek Hill.