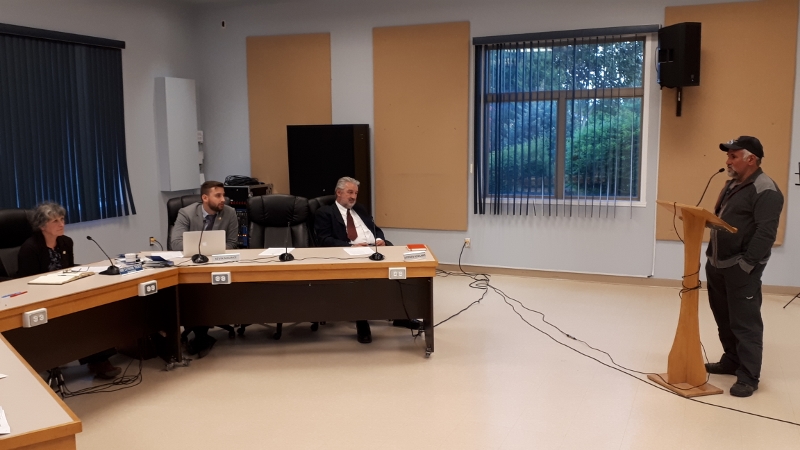 Parties affected by plans for a new indoor medical cannabis production facility in Brownsburg-Chatham will be trying to reach a compromise over the summer.

Council has suspended a plan to change the zoning of property near St-Philippe to the A-132 agricultural designation that the federal government requires in order to build the plant, which will be owned and operated by AAA Trichomes.

Residents in the area are concerned about possible security issues and odours the facility could create.

Director-General Hervé Rivet said an ad hoc committee has been formed that will explore the concerns of the residents over the summer and attempt to reach a solution so the zoning amendments can be re-introduced, and the facility can still be built.

The ad hoc committee is expected to report back to council in September or October.

“We’re working very hard to keep them here,” said Rivet in reference to the proposed development.

Mayor Catherine Trickey said AAA Trichomes wants to locate in Brownsburg-Chatham and the town wants to keep the company interested.

Trickey acknowledged the residents are concerned about the proximity of the proposed cannabis production facility to their homes.

She said another challenge is having a new power line constructed to supply enough electricity to the site.

Brownsburg-Chatham council has delayed changing the zoning on another property in the St-Philippe area that would allow a vehicle impound yard on the site.

Property owner Michel Leclair first applied to have the zoning changed to allow the yard in 2017.  According to Rivet, permission was not granted then because the plans were not sufficiently detailed.

This time, council was hoping the yard would be located further back on the property in a more secluded area due to security concerns as the site would be receiving seized vehicles.

Leclair said the town is taking revenge on him for being one of the citizens opposed to the cannabis processing plant.

“It’s not revenge; we do things professionally,” said Trickey.

Leclair insisted that his proposal meets the requirements set out by the Ministère des Transports and Sûreté du Québec, and only the municipality is in the way of making it happen.

Leclair claimed that Brownsburg-Chatham Urbanism Director Danielle Cyr told him that the approval would go ahead.