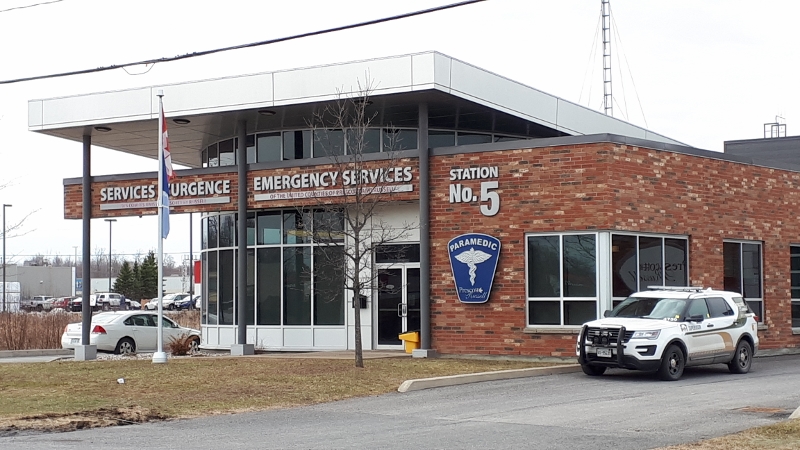 The Director of Emergency Services for the United Counties of Prescott and Russell (UCPR) is holding firm on a decision to respond to fewer ambulance calls in neighbouring jurisdictions.

According to Michel Chrétien, UCPR ambulances have declared themselves as “Temporarily Unavailable” or “T.U.” approximately 30 times since June 4 at 6 a.m.  That was the date and time set by UCPR to sharply reduce the practice of responding to ambulance calls in the City of Ottawa or Cornwall-Stormont-Dundas, and Glengarry.

The calls responded to by Prescott-Russell in Ottawa over the past three years have cost the counties over $1.5 million.  It has cost the UCPR $691,787 over the same period to respond to calls in Cornwall-SDG.

When the Ottawa and Cornwall-SDG costs are combined for the three-year period, the total is $2,276,238.

Chrétien said that his department notified the Ministry of Health of their plan to sharply reduce responses to calls in the neighbouring areas and the ministry warned against it and that it would be sending someone to investigate.  However, as of Monday June 10, no one from the ministry had arrived to do that.

Meetings have taken place between the ministry, dispatchers, and the City of Ottawa in response to the action taken by the UCPR.  Chrétien objected that the UCPR was not invited to be part of those meetings.  He said he would welcome the ministry showing up to investigate so the issue could be resolved.

“We’re not breaking legislation, we have the right to manage our fleet as we see fit,” he insisted.

Chrétien also noted that paramedics in Ottawa do not typically respond to emergencies during the last 30 minutes of a shift.

As for public response to the decision, “We’ve had nothing but positive comments,” said Chrétien, adding he has the full support of UCPR council and the Chief Administrative Officer.

UCPR paramedics will still respond to emergencies outside their territory if they are cardiac arrests or major fires.

Chrétien explained that the Ministry of Health expects paramedic services to provide “seamless” services, which is why the closest ambulance to a call is generally expected to respond.

He said though that the expectation is a policy directive and is not mandated by any legislation or regulation.