Hawkesbury mayor’s salary increases, but by less than first proposed 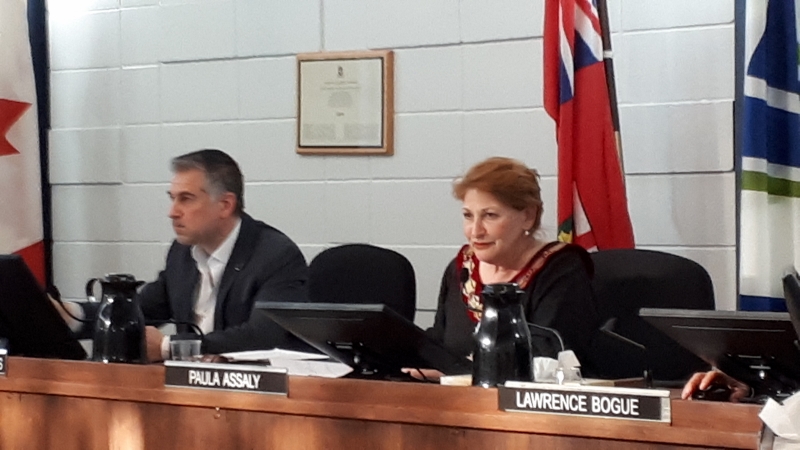 The mayor of Hawkesbury’s salary is increasing, but not by as much as originally planned.

Council voted on May 27 to increase Mayor Paula Assaly’s salary by 25 per cent to $45,411 for attending council meetings, retroactive to December 1, 2018.

The by-law originally called for increasing the salary to $55,583.40 from the current $36,329.02, and at the May 14 council meeting, it was sent back for re-writing to remove wording referring to the mayor’s workload and for remuneration to be in-line with the level of education of whoever holds the office.

The rewritten by-law states that the mayor’s remuneration was “inequitable” with the other seven mayors in the United Counties of Prescott and Russell and explained that the other municipalities adjusted their remuneration due to the elimination of the income tax exemption on 30 per cent of councillor earnings and the increased responsibilities some mayors have.

In January, Hawkesbury council voted to not increase council remuneration.

Councillor Yves Paquette said he is not against an increase but 53 per cent all at once was too much.  He suggested that going forward, the municipal budget should be adjusted to include any increases in council remuneration and proposed a 25 per cent increase instead. Paquette emphasized that his concerns were not personally aimed at the mayor.

Councillor Robert Lefebvre commented that there are variations in each municipality involving what duties each mayor performs and referred to La Nation where the mayor has increased responsibilities because the municipality does not have a Chief Administrative Officer.

Lefebvre and Tsourounakis also discussed how the position of secretary to the mayor has been eliminated and the increased responsibilities due to that move.  Some of the mayor’s extra duties will eventually be relieved once the town develops its new communications program.

Tsourounakis said he would like to see the increase be in the $50,000 range but was open to voting on different amounts if the first proposal was defeated.

Due to his role as acting chair, Tsourounakis himself could not propose an increase to $50,000 and no other councillors would propose it either, so that amount was also defeated.

Paquette then proposed the 25 per cent increase to $45,411, which was seconded by Councillor André Chamaillard.

The by-law was approved on second and third reading, but Councillor Lawrence Bogue did not support it.

He said after that remuneration should be set at an amount that provides an incentive for people of all economic backgrounds and ages to run for municipal office.

Paquette said an increase is “long overdue” and said no changes were made during the 2014 to 2018 term, during which he also served as a councillor.

He again emphasized his opposition to the 53 per cent increase was not meant as anything personal towards the mayor, but that the amount was simply “too much at once.”

Assaly was not informed of the decision when she returned to the council chambers and did not want to immediately find out after the meeting.

“Right now, I’m doing two jobs,” she said as the reason for the increase.

Those two jobs are being mayor and fulfilling the administrative duties due to no longer having a secretary.

Assaly said she was not fully informed of the secretary position being eliminated.