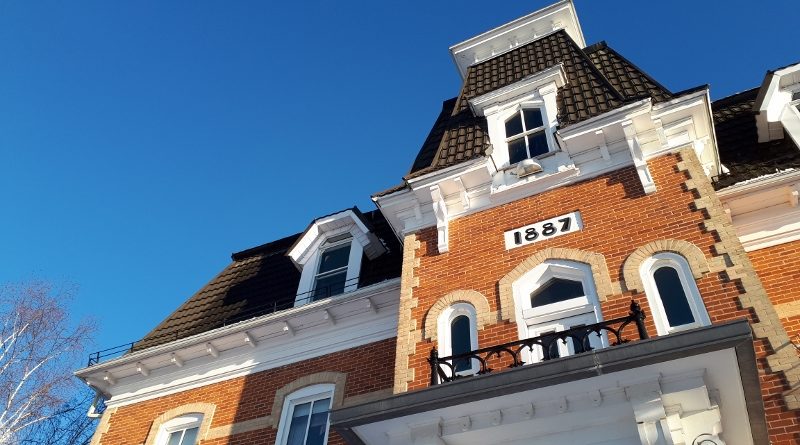 The Municipalité Régional de Comté (MRC) d’Argenteuil council met on April 10 and development, internet service, and building renovations were on the agenda.

More commercial development in Lachute could be on the way.

MRC d’Argenteuil council approved a motion to exclude an area that is currently zoned for agriculture from being under the regulations of the Commission de protection du territoire agricole du Québec (CPTAQ) so that commercial development can occur on the property.

Lachute Mayor Carl Péloquin said the land is between the Benny & Co. and A & W restaurants on Avenue Bethany and Autoroute 50.

Commercial development in that part of Lachute has been increasing in recent years. The new Patrick Morin home improvement warehouse store is nearly complete and a billboard in a nearby vacant lot invites interested franchisees for a future Boston Pizza restaurant.

The MRC council approved a regulation to protect flood plains and manage development on them.

He said the regulation is designed to establish rules in local municipalities and the MRC that follow existing provincial regulations on flood plain development and protection.

Council approved project management arrangements and arrangements with its financial institution for the management of grants from the Québec and federal governments for the expansion of high-speed fiber-optic internet.  The MRC is involved with bringing the new service to the Dunany sector of Wentworth, Lachute, Gore, and Brownsburg-Chatham.

Significant renovations are happening soon at two of the MRC d’Argenteuil’s buildings.

Council approved a regulation to borrow up to $1.5 million for roof replacement work at the MRC’s historic administration building at 430 rue Grâce in Lachute, and restoration work at the heritage station at 540 rue Berry in Lachute.

Director-General Marc Carrière noted that the actual cost of the work is likely to be less than the borrowing amount.