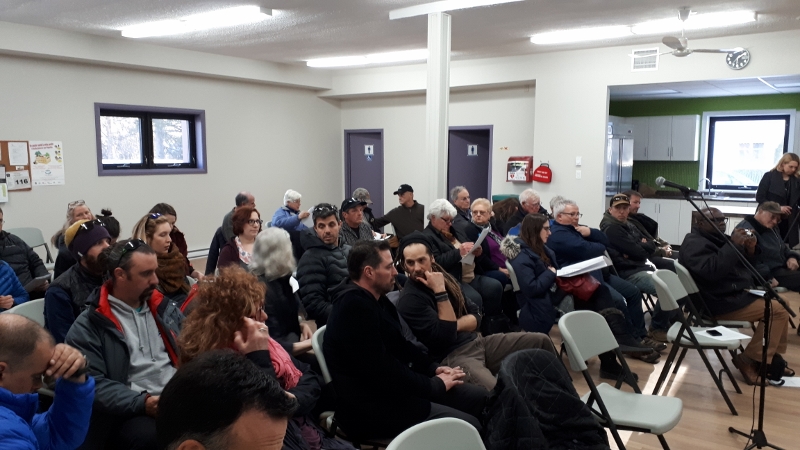 Residents and river users attended a public meeting on April 4 about a zoning proposal to protect recreational uses along the Rivière Rouge. Photo: James Morgan

Hydro-Québec has decided to sell land it owns on both sides of Rivière Rouge from along Chemin de la Rivière Rouge south to Route 148.

The municipality of Grenville-sur-la-Rouge is concerned that the sale of the land to private owners could end free access to the river for white-water canoeists, kayakers and rafters.

Council is considering a zoning change that would restrict permitted uses in most of the affected area to canoeing, kayaking, rafting, and interpretive trails.

A public meeting on the proposal was held in Calumet on April 4.  Residents in the audience wanted to know if their land would be affected.

Mayor Tom Arnold said the only land affected is what is currently owned by Hydro-Québec.

Citizens also wanted to know if the zoning change was a step towards the municipality buying the land.

“We are not discussing other things.  It’s simply about protecting territory,” Arnold told the audience.

Grenville-sur-la-Rouge made an offer to buy the land from Hydro-Québec in December 2018, but the utility company rejected the offer in January and declined any further negotiations.

The municipality already operates the campground and parking area at Chutes-des-sept-sœurs at Rivière Rouge on Route 148.  The proposal to purchase the hydro-owned land is part of an intent by the municipality to enlarge that facility or re-sell smaller portions of the hydro land for specific, outdoor recreation purposes.

The municipality contended that under provincial law, the disposal of property by agencies such as Hydro-Québec “must be first in favour of the municipality and the MRC.”

Grenville-sur-la-Rouge is asking Premier François Legault to stop the practice of hydro disposing of surplus land on the public market.

On April 7, the municipality had not received an answer from the premier.  The municipality issued a news release asking for an “urgent response” from Legault.

Grenville-sur-la-Rouge and the MRC d’Argenteuil’s preferred option is for the Société des établissements de plein-air du Québec (SÉPAQ)—the provincial parks agency, to obtain the property and manage the lower Rouge as a park.

Arnold said the municipality is waiting for a response from the Québec government about the possibility of creating a park.

Hydro-Québec Communications Director Serge Abergel said the power utility has been in discussions with Grenville-sur-la-Rouge about transferring ownership of the property for three years but with no success.

As for the possibility of hydro directly selling the land to SÉPAQ, Abergel said “All options are open.”

The April 7 news release from the municipality stated that at the April 4 meeting, Hydro-Québec Chief of Milieu Relations for the Laurentians Éric Moisan assured that good-faith negotiations over the future of the river property would continue.

However, the news release stated that hydro had refused to meet again with the municipality.

“It’s ok, but it’s not enough,” said Montréal Kayak Club member Philippe Cyr about the plan to change the zoning.

He is still concerned that the land could end up in the hands of interests that would restrict access to the river for kayakers.

Tommie Lopes, a promoter with an eco-tourism developer called Groupe O’bois, said the zoning change could also restrict the interests that the company has in developing resort accommodations in the area.

Arnold would not comment on the objections expressed by Lopes.

The April 7 news release emphasized that Grenville-sur-la-Rouge wants to keep the land along the river under public ownership. 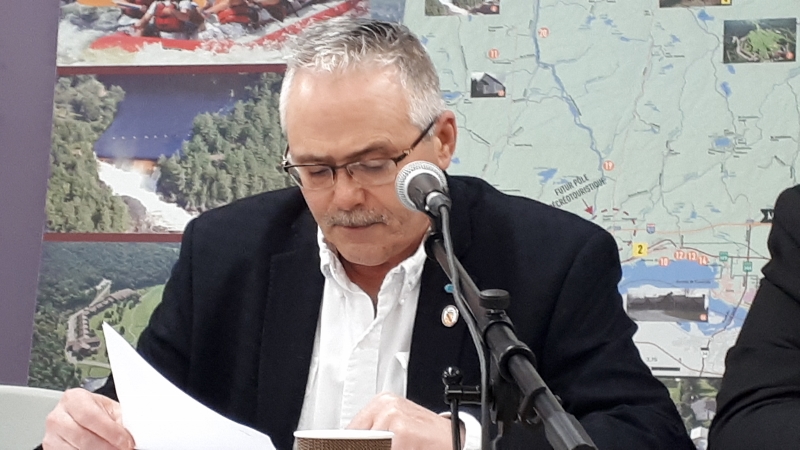 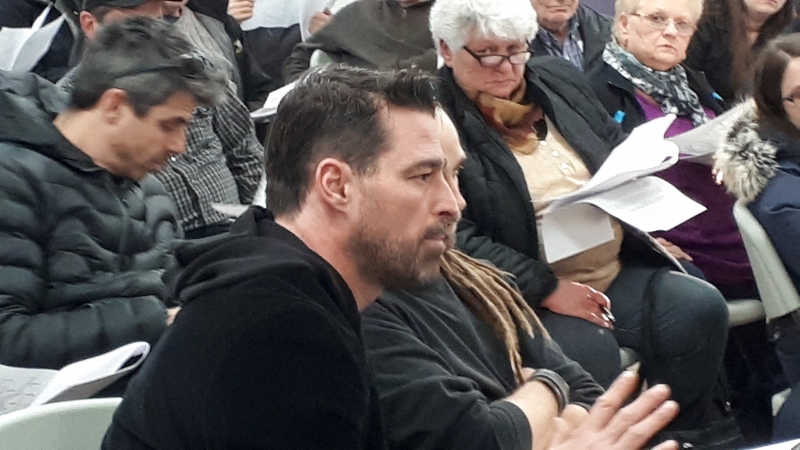