Help for harps used by youths and seniors 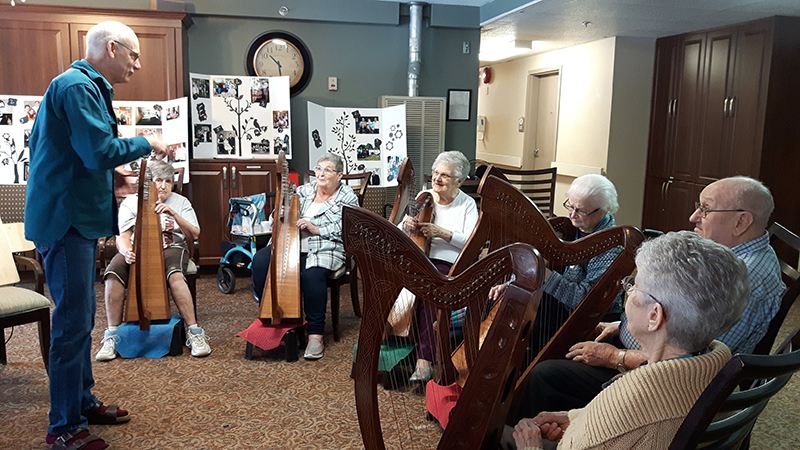 The story begins eighteen years ago when the Vankleek Hill Music Festival introduced harp as one of the instruments offered in its Music & Arts Summer Camp. At first, 15 harps were rented but the cost was prohibitive. The Ontario Trillium Foundation came to the rescue with a grant that covered the cost of eight harps – the remaining seven were donated by the very generous woman who sold eight harps to the not-for-profit Vankleek Hill Music Festival.

Over the years, the harps have been used in 18 Music & Art Summer Camps and in music classes in area schools. As well, they have been used in workshops offered at Algonquin College through the Department of Palliative Care and in elementary schools for children with special needs.

Most recently, students of teacher Richard Jennings at Pleasant Corners Public School came together in a harp ensemble to perform Silent Night in the school Christmas concert as did students at Grenville Elementary School. Residents at Heritage Lodge in Vankleek Hill meet weekly in the heavenly Heritage Lodge Harp ensemble. Within the next few months, the harps will be part of Music Monday activities involving four schools, three school boards and two languages as well as in musical events at Grenville Elementary School and at PCPS. In May, the harps migrate to St. Jude Elementary School in Deux-Montagnes, Quebec.

Although harps appear to be delicate, they are, in fact, very strong. The 15 harps belonging to the Music Festival have been packed into vans and thrown into trunks on their way to school Christmas concerts and Spring art festivals; Music Monday events and Summer Camps. They have been stored in basements and sheds. They have fallen like dominoes in classrooms and, in one memorable case, fallen right off the stage. 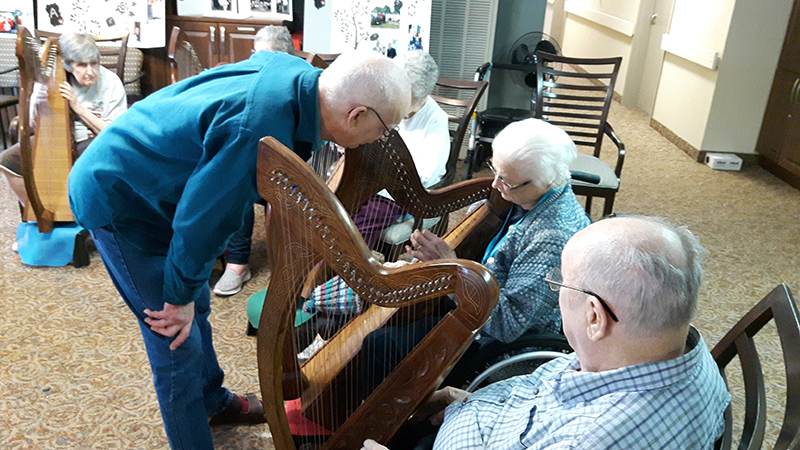 Harps never complain – but now, many of them have reached the end of the line and need to be replaced. You wouldn’t think it to look at them, but harps live under great stress. Consider the downward string tension on the neck which fights against the upward tension on the soundboard. The result – a harp civil war. In most of the harps, the soundboards resemble a frightening earthquake zone and the necks, which support the strings, are barely holding together – “out of habit”.

Knowing the end is in sight, harpist ian hepburn has worked with Ottawa harp-maker Mark Rogers to design a small harp that is strong and light – equally playable by small, limber fingers or older, not-so-nimble digits – and, of course, the harps must have a great sound and be affordable.

To ensure harp music continues in the community, $6200 is needed to replace 10 harps. To that end, a GoFundMe campaign has been launched. The Vankleek Hill Music Festival is very grateful and pleased to announce that the Vankleek Hill & District Lions Club has very generously contributed $2000 toward the goal.

All donations are appreciated and charitable donation receipts are available. Click here to find out more.