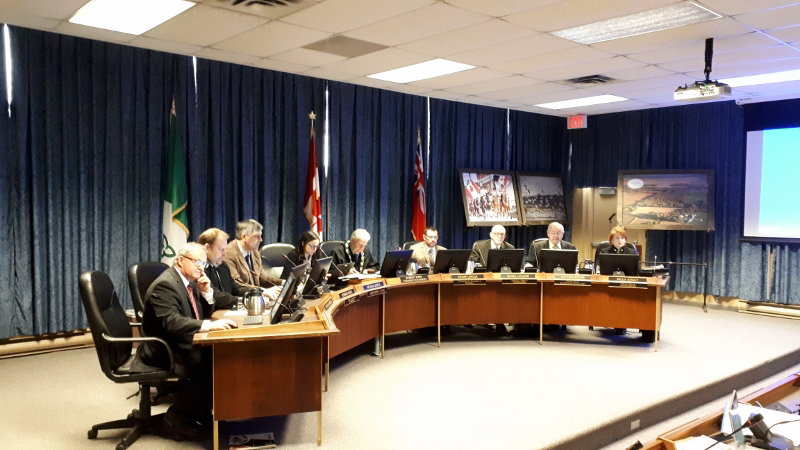 The United Counties of Prescott and Russell (UCPR) has approved its 2019 budget.

Counties council approved the 2019 budget estimates when it met on Thursday, February 20.

According to UCPR Treasurer Julie Ménard-Brault, the residential tax rate increase for county property taxes is 3.82 per cent.

A majority of the mayors voted in favour of the budget, but Clarence-Rockland Mayor Guy Desjardins voted against it.

Desjardins explained that Clarence-Rockland began its budget process with a 3.5 per cent tax rate increase and reduced it to 2.9 per cent.  He said taxes are already higher in Clarence-Rockland due to its more urban population and the services the city provides.  He wanted to keep county taxes lower in order to ease the burden on the city’s residents.

Another of Desjardins’ concerns with the budget is how the project to build a new Prescott-Russell Residence in Hawkesbury is being funded, and the operating costs of the existing facility.

More than $2 million has been set aside for “fixed asset acquisitions,” as an operational expense.  Fixed assets include property and buildings.  Desjardins said the budget for the new residence should be a capital expense.

More than $10.7 million in revenue is anticipated for the residence in 2019.  Budgeted expenses are more than $17.7 million.  The non-counties sources of revenue include government grants.

Desjardins, whose business background is in operating for-profit retirement homes, has continually argued that the operating costs of the residence could be lower.

The budget vote was not recorded.  Warden Robert Kirby asked if Desjardins’ dissenting vote would show on the official record of the meeting.

Chief Administrative Officer Stéphane Parisien said individual votes are only shown in the official record if they are recorded votes and that the budget approval will only show as being approved by a majority of mayors.