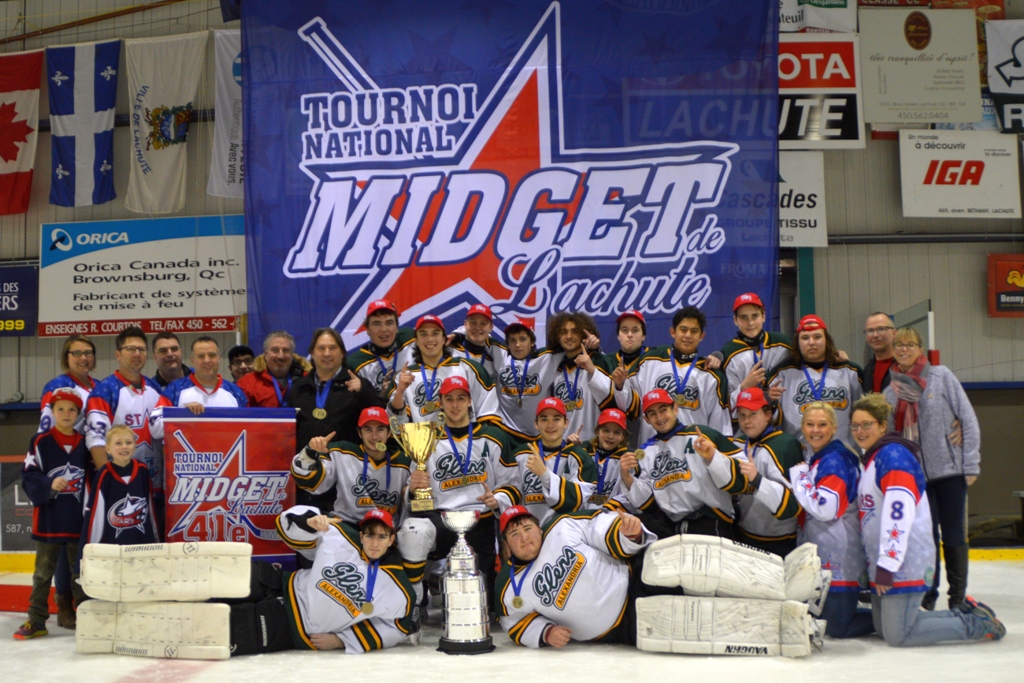 As January begins, it means the national midget hockey tournament in Lachute, and “national” means that teams from all provinces and territories can compete at this prestigious event. This year among the registered teams, three are from Eastern Ontario: the Cumberland JR Grads (AA), the Rockland Crush (BB) and the Alexandria JR Glens (B). So far, the Alexandria JR Glens and the Rockland Crush won their respective tournament’s titles.

In the Midget B final, the Alexandria players, coached by Serge Bellefeuille, humiliated their rivals, winning with a big lead of 10-1. “It was in our plans since September to play this tournament,” Alexandria’s head coach said to The Review.

“This victory was a team effort; everybody played a part in the team’s victory. I’m proud of their work!”

As for the Rockland Crush, the team was behind by a 1-2 score halfway through the final game, but the Crush bounced back and won 3-2 against the Trois-Rivières Sieurs. Speaking of the Rockland midget teams, the Rockland Nats Midget B came back victorious from the Drummondville Hockey Tournament.

Text and Pictures by  S.Lauwers

Glens player scoring: “Another goal scored by the Glens JR Midget B during the 41st Lachute National Midget Hockey Tournament. Alexandria finished the tournament with 26 goals against their rivals.”