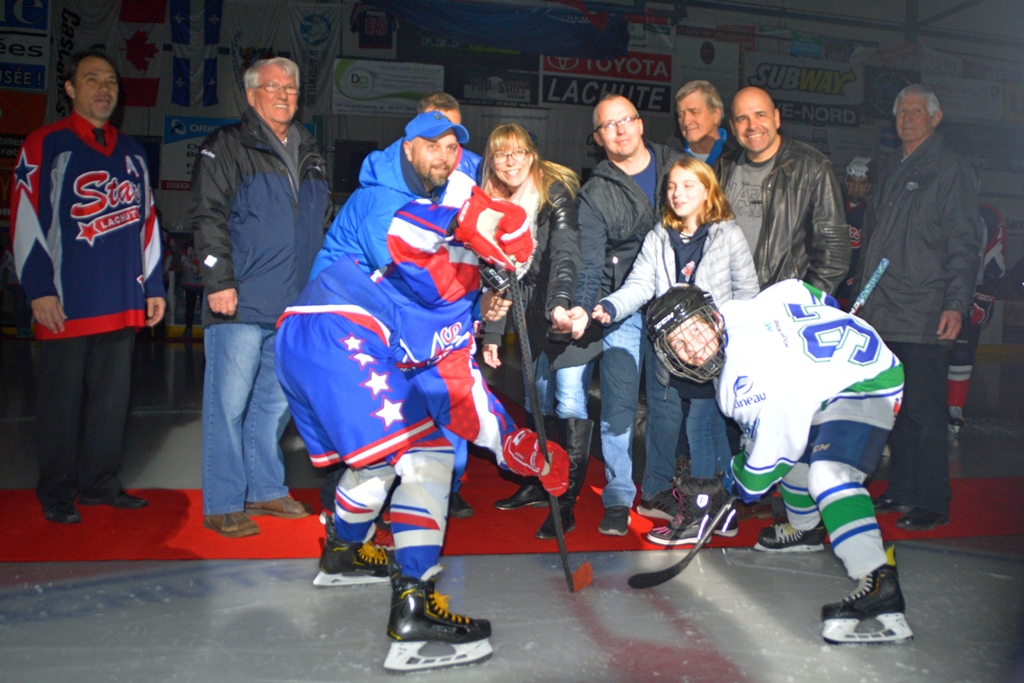 In front of a full house at the Kevin-Lowe-Pierre-Pagé arena of Lachute on Saturday January 12,2019, the organizing committee of the 41st Lachute National Midget Hockey Tournament held an impressive grand opening ceremony. For the first time since its beginnings, the Lachute National Midget Hockey Tournament added an Atom division to the tournament in which 26 teams registered. The Atom Provincial Tournament bears the name of Jérémie Paradis, a young Lachute hockey player who died too young.  Jérémie Paradis, the Lachute Stars #99 was known for being happy, his passion for hockey and his determination and team spirit. This is why the Atom Tournament is now named after this much-missed young man. For the occasion, all current  Stars’ team captains came on the ice, all wearing their #99 joined by some of Paradis’ former team mates. His parents, Mélanie Ladouceur, Sylvain Paradis and little sister Gabrielle proceeded to the official faceoff.

“It was such an emotional moment,” said Jérémie Paradis’ mother.

We knew that the new tournament was going to bear our son’s name, but to see all those #99s around us was so unexpected and brought back so many memories. Thanks to the local hockey association for keeping Jérémie Paradis name alive!”

Text and pictures by S. Lauwers